I swear I'm not trying to find bugs in the markdown parser XD but if you escape backticks while in a code block block then it does not work.

What that looks like when done can be seen below 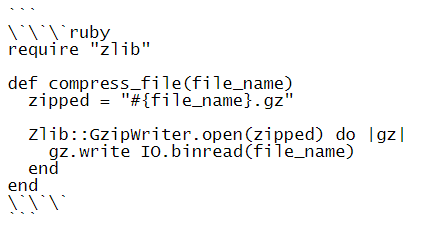 edit: so it seems that in a post this works in post, but also includes the backticks. the garbled mess that I first encountered was from a comment so I'll post it there too

Github markdown cheat sheet: Everything you need to know to write README.MD

apt-xapian-index on Debian based distro's fails to update (fixed)

Meghan (she/her)
24. Local trans witch who prefers to do magic with a keyboard. she/her. Currently hacking away at making the Web less centralized.
I really don't like the reactions stickied at the bottom of the screen.
#meta
Links in an inline code don't link
#meta #bug #markdown
Looking for the HHTTPS protocol
#meta