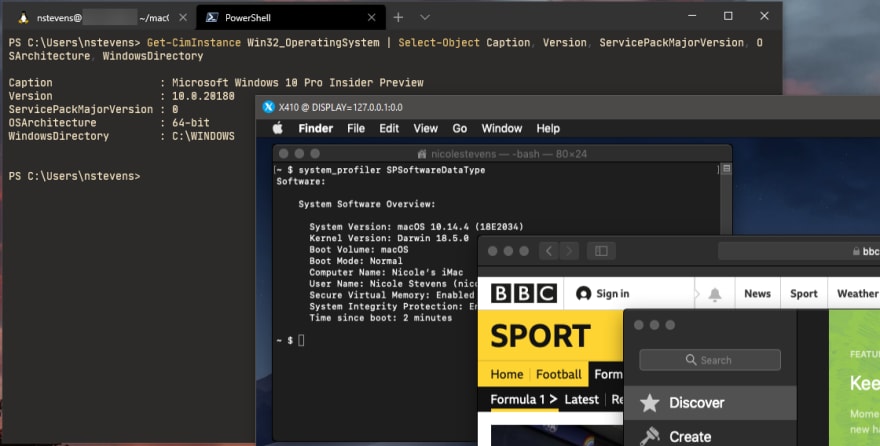 This is a walkthrough of how I used the excellent work of @unixterminal and @FoxletFox and got my 3 year old XPS Intel i7 to run MacOS on Windows 10! Without their writeups and scripting this post probably wouldn't exist.
I am still stunned how good the performance is having run through this! I've tried a couple of other Linux distro's too, seriously slick.

Before starting check out the requirements from the top of the "Accelerated KVM guests on WSL2" post. One thing that's not obvious is your CPU needs to support virtualisation. Unless you're running an Intel CPU from the early 2000s or even earlier you should be OK. If your CPU does support virtualization it might not be enabled in your BIOS, it's worth a check before you start. If you're already running a hypervisor, it's likely this is good to go.

You'll also need to be running a windows insider build of Windows 10. The insiders Fast ring which is mentioned in the pre-requisites is now the Dev channel. One of the features required didn't come into Windows 10 until build 19619 and the nested virtualisation support for AMD didn't come in until build 19636 either, so that's a must if you are on AMD too. The windows insider page currently lists 19042.423 as the highest build available in Beta and 19041.423 as Release Preview, so for the moment this will not work correctly without using the Dev channel.

The insider channel renaming is described here. Dev channel is described as Ideal for highly technical users. Insiders in the Dev Channel will receive builds that is earliest in a development cycle and will contain the latest work-in-progress code from our engineers. These builds will have rough edges and some instability that could block key activities or require workarounds.

With this in mind, think twice about running the Dev channel on your main machine, or if you wouldn't consider yourself a highly technical user! If you're OK with that, dive right in : 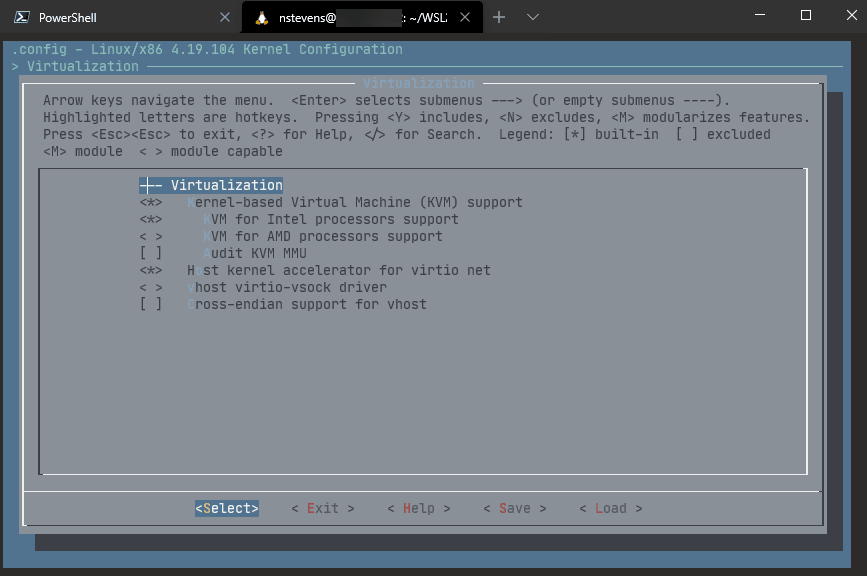 KVM for Intel processors was selected as above, note that the AMD selection is below it.

If you've followed the steps carefully and hit all the pre-reqs when you execute kvm-ok you should see:

If not you are likely to see:

If you are seeing the above you are definitely running a Windows 10 Dev channel, run back through the steps once more, you might have missed something.

If you're getting "KVM acceleration can be used" you can proceed with the steps in the post.

The next steps is:

When executing this command N was being returned. Having traced back through the steps it was time for a search which yielded an issue from the WSL github repo. So reverting back to the step Install your kernel in WSL 2 and enable nested KVM the .wslconfig was changed to:

You'll need to restart WSL once more and check the command once more.

Note the command line args are almost identical to those added to kvm_intel.conf, I haven't investigated why the nested setting isn't picked up from the conf file.

Also note that setting debugConsole opens up the WSL debug console, you can turn this and pageReporting off later by removing them from the .wslconfig file and restarting WSL. I left it in for a while in case I needed to troubleshoot further.

The check for nested KVM now returned a Y as required:

Having run a far few X servers in the past I just wanted something that just worked without a lot of setup. Therefore, I went for X410 which is £9ish in the Microsoft store, but as I'm planning to use this until GUI support comes out later in the year, it was worth the price for the easy setup.

Install as normal in the store then add the environment variable in the steps to your .bashrc: 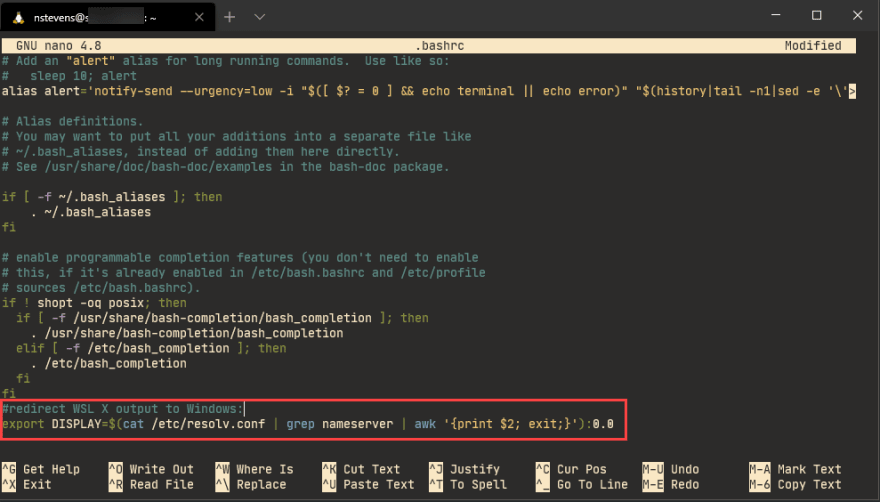 Once nested KVM is up and running and you've configured WSL to send X output to windows, you are ready to try a distro. If you keep following the post at this point you'll set up an Ubuntu 20.10 daily build. I ran through this as a check to see if everything was working, the steps for this were exactly the same as in the post.

The MacOS-Simple-KVM GitHub repo is linked from the original post. It is described as "set up a simple macOS VM in QEMU, accelerated by KVM." If you ran through setting up the Ubuntu 20.10 daily build in step 4 you'll already have seen QEMU being mentioned. You might be thinking, why are there two types of virtualization technologies? The key part is in how KVM and QEMU differ, which is summed up nicely in this post. KVM uses the CPU virtualization extensions for Intel and AMD, and QEMU is performing the virtual hardware emulation, or to put it another way, KVM is QEMU's "go faster stripes"!

The steps were followed as listed but with the following tweaks. First clone the git repo in, make sure to use the linux filesystem as it is faster at the moment on wsl2 than windows (/mnt).

This walkthrough is using Ubuntu so it's the top line to install QEMU, Python and Pip if you haven't already got them:

Run jumpstart.sh to fetch the MacOS media of your choice:

I also went with Mojave.

Now create a hard disk, I went with 32GB, I wanted to try and go a little lower but on investigation I found some issues logged where less than 32GB looked to be creating issues for other users:

Note I've changed the name of my disk, by this point I had a few VM's setup so wanted to make it more obvious!

Edit basic.sh to add the VM disk into the VM :

Now make sure the X server from step 4 is running as QEMU will try and use graphics mode by default. If it isn't running when you run basic.sh in this next step it'll have for a minute or so then fail:

The VM boots but there are some errors:

The top section boxed in red is caused by the -cpu line in basic.sh. The standard settings in the basic.sh file are sending instructions around performance enhanced features to the host CPU which it cannot understand. The box in green are errors related to sound, I'm not so worried about those, and explain my sound related issues with Ubuntu above. You can edit basic.sh further to straighten these out, but the VM still booted with these errors present.

The VM boots to the Clover boot manager, where you can use your keyboard to hit return (no mouse at this point) and "Boot macOS Install from macOS Base System" will begin: 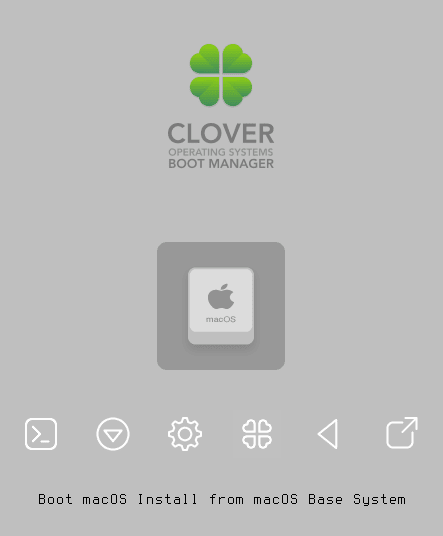 The macOS utilities screen is now displayed and you should have mouse support. If your mouse pointer is out of synchronisation with the one on the VM you will need to adjust the settings in the basic.sh file. Shut the VM down using the apple icon top left and edit basic.sh in nano once more:

The usb device line needs to be altered from usb-mouse to usb-tablet. Run basic.sh once more and your mouse should now align. 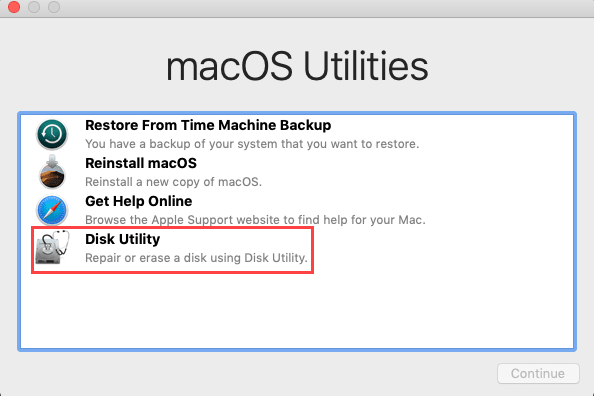 As mentioned in the steps from the macOS-Simple-KVM instructions, you need to partition the disk first. If you enter Disk Utility, find your QEMU HARDDISK from the left hand menu and Erase it and partition it.

You can now return back to the macOS Utilities menu and choose Reinstall macOS, from here it is the same as a standard reinstall, this does take quite a while! No further tweaks were required from this point on: 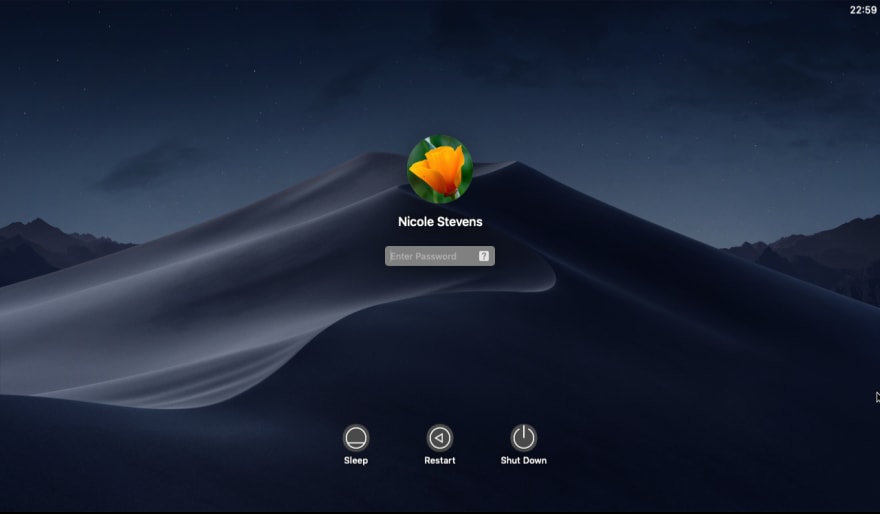 You can move in and out of fullscreen with ctrl+alt+backspace and remove the VM banner with "Machine View" at the top with ctrl+alt+F.

If you now leave your setup as-is with no further tweaks you will be sent into the Clover bootloader each time you reboot or run your VM: 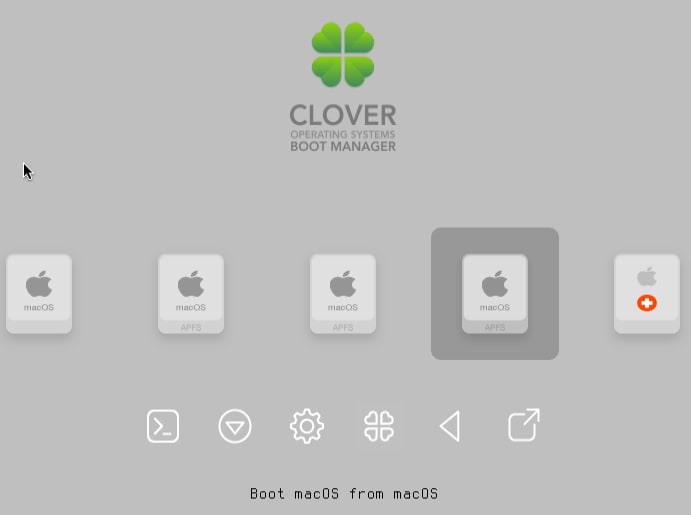 I've got a few more options to choose from than you will have as I'd been playing around with things before I took this. The key thing is you need to use the arrow keys to choose "Boot macOS from macOS", this will boot your install and you are good to go!

Port 5000 is already in use macOS Monterey

How to stop Localhost server running on multiple ports.

Once suspended, nicole will not be able to comment or publish posts until their suspension is removed.

Once unsuspended, nicole will be able to comment and publish posts again.

Once unpublished, all posts by nicole will become hidden and only accessible to themselves.

If nicole is not suspended, they can still re-publish their posts from their dashboard.

Once unpublished, this post will become invisible to the public and only accessible to Nicole Stevens.

Thanks for keeping DEV Community 👩‍💻👨‍💻 safe. Here is what you can do to flag nicole:

Unflagging nicole will restore default visibility to their posts.