I've noticed that the PageSpeed scores for https://chakra-ui.com were not that great. I know that
we've built the page using the best practices, but for some reason the scores weren't what we expected. I took some time
to analyze the metrics and noticed that the TTI (Time to Interactive) and TBT (Total Blocking Time) were crazy high! 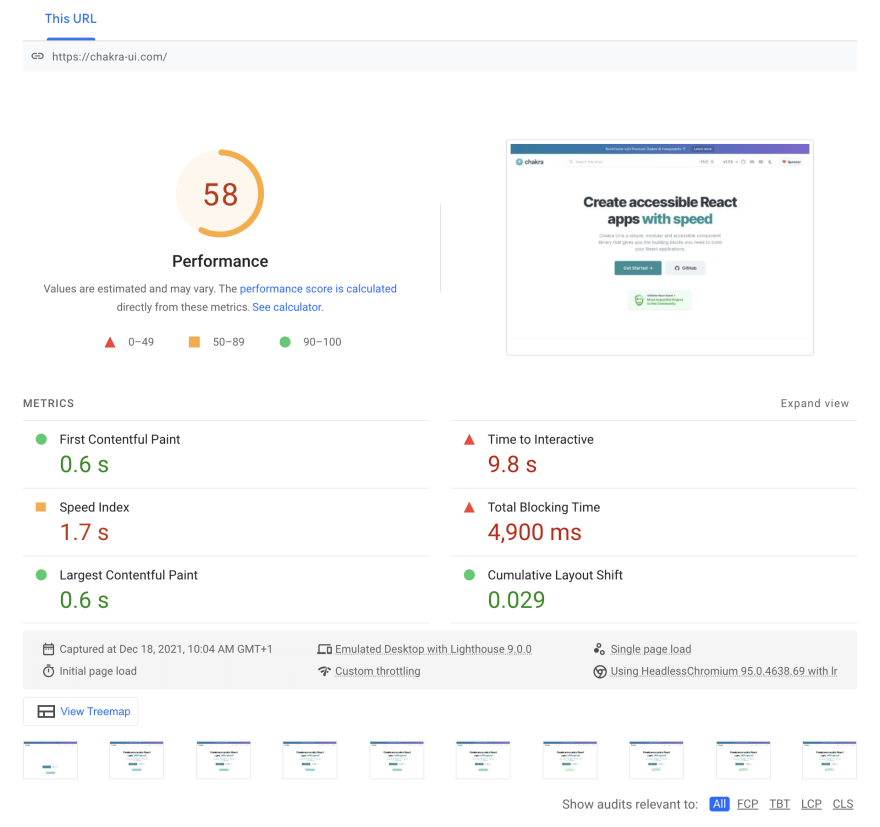 Scrolling down in the Diagnostics section I noticed the "Avoid enormous network payloads" issue, notifying me that the total
size of the network payload was 7,053 KiB, and that's way too much! Clicking on the issue revealed that 9 out of 10 requests
are from CodeSandbox, because of the CodeSandbox embed that was on the page. 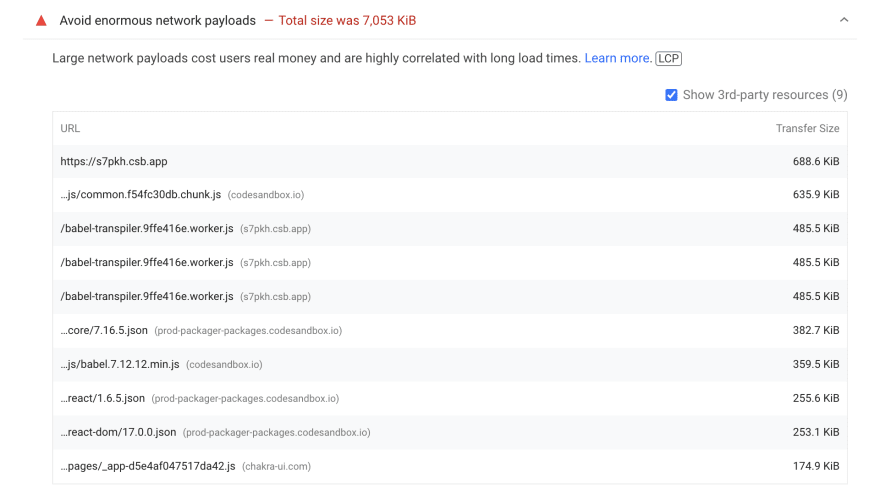 Then I remembered that CodeSandbox released their Sandpack component toolkit that you
can use to create live code editing blocks. Since that's an npm package that you install, I figured it will definitely be
more performant because its code will be compiled, optimized and shipped along with the page. So I decided to swap out
the old embedded iframe with the new Sandpack component. And the results were surprizing: 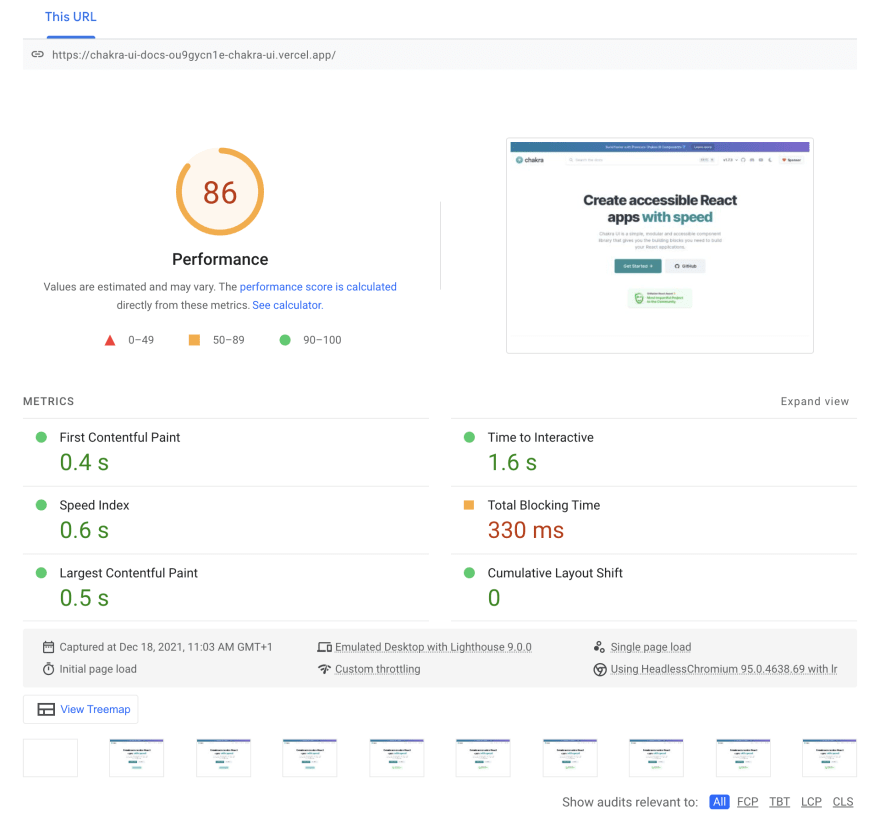 All of the metrics have been improved significantly:

Let's walk through the changes. First, I installed the Sandpack package:

Then I created a simple and generic component that displays the Snowpack component, but allows the data to be provided
from the outside:

It's basically a Box component, rendered as a Snowpack component, but its props are the BoxProps merged with SandpackProps.
That way we can pass Chakra style props, and Sandpack configuration props and reuse this component everywhere.

Then I simply replaced the iframe on the homepage with the new SandpackEmbed component:

The App and Index variables that you see on line 7 and 8 are simple strings. It's the code content that we want to have
inside of each file specifically:

And that was it! A simple change drastically improved the page speed, and also opened up possibilities to reuse the
SandpackEmbed component throughout the whole website. I plan on swapping the react-live
package with the SandpackEmbed as well. I'm not sure about performance boost, but a bonus feature will be the ability
to create a CodeSandbox sandbox directly from the website.

Here's the PR if you're interested to see all of the details about it: 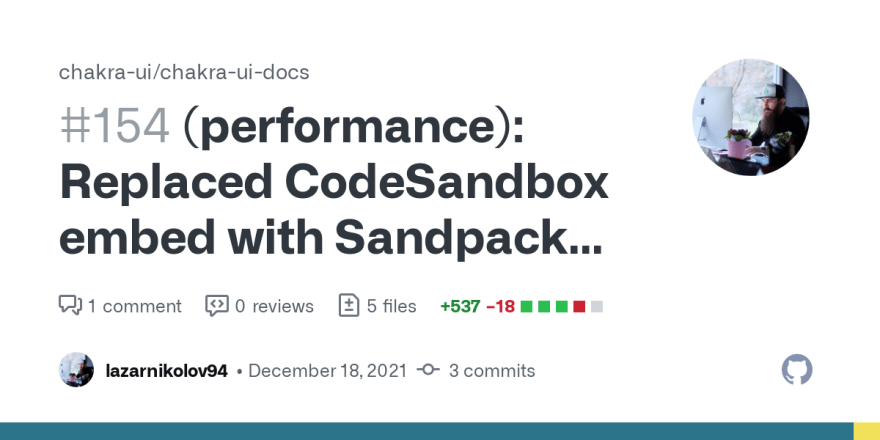 What's next after serverless?

Once suspended, nikolovlazar will not be able to comment or publish posts until their suspension is removed.

Once unsuspended, nikolovlazar will be able to comment and publish posts again.

Once unpublished, all posts by nikolovlazar will become hidden and only accessible to themselves.

If nikolovlazar is not suspended, they can still re-publish their posts from their dashboard.

Once unpublished, this post will become invisible to the public and only accessible to Lazar Nikolov.

Thanks for keeping DEV Community 👩‍💻👨‍💻 safe. Here is what you can do to flag nikolovlazar:

Unflagging nikolovlazar will restore default visibility to their posts.