There is no doubt companies are putting everything and constantly upgrading but, finally It's up to developer who decides which is best suitable for their application. 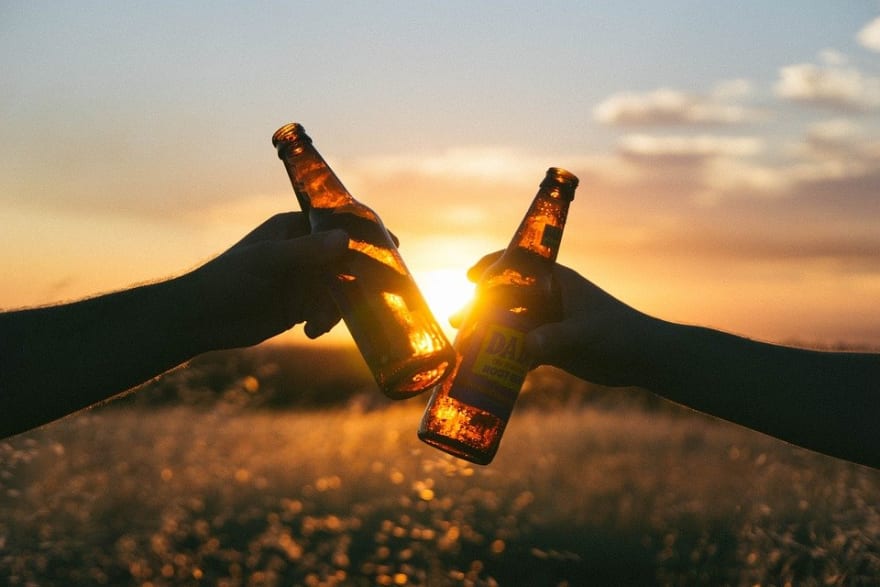 It's just for fun! Let's say if they're film actors and meet at some big film premiere party 🍻 🍾

Re - Hey Angy, Long time how are you doing buddy!

Angy - Dude, You know what, I want to buy you a drink.

Angy - You got it! men... but, I don't know yours Is it MxContext, Redux Pt. which one I forgot.
You always make me difficult to chose as you've many options.

Re - Haha, Me and you are totally different men but, I like your choice. You know what recently got this contract with production house. Nextjunction. One more on the way Remix production.

Angy - Howz things are going for you in industry? What do you think your fans are liking it your style your recent work? From media I hear that people are going crazy.

Angy - yeah yeah...but, sometimes it is very difficult to hold and make it up mark. nowadays you're killing it. You're very close to your fans. We both are flexible but, my director demand mostly in Big leading roles.

Re - Thanks Angy! Yeah it's always up to our directors and fans what kind of role they want us to play. I Can say just go with the flow. I've observed many times you do big interesting stories where I do more of content driven very different stories. You know what..like in this party my wife always asks me to wear casuals as I looks good on me so usually i prefer casuals and I believe your wife must be likes you in formals. You know this new guy Vu is also in market and people also going crazy behind him.

Angy - Yeah men, we both know.. I've started hitting gym and taking this IVY pills helping me a lot.. feeling better nowdays. we both are trying hard from performance side but, its up to fan to decide

Re - Yeah mate, finally It's up to fan to decide. I also have this contract with multiple third party agencies which helps me in my makeup touchup and improving my acting and skills.

Andy - Cool, that looks interesting. I need to talk to manager about it.

Re - It was nice seeing you Andy. Let's hangout some other day.

Nir
InteractiveArt+UI+UX
Meme Tuesday! 🤨
#discuss #watercooler #jokes
How to choose the right API Style and Technology
#programming #webdev #api #tooling
What are you currently working on? What's the most interesting part?
#discuss

Once suspended, nirvghla will not be able to comment or publish posts until their suspension is removed.

Once unsuspended, nirvghla will be able to comment and publish posts again.

Once unpublished, all posts by nirvghla will become hidden and only accessible to themselves.

If nirvghla is not suspended, they can still re-publish their posts from their dashboard.

Once unpublished, this post will become invisible to the public and only accessible to Nir.

Thanks for keeping DEV Community 👩‍💻👨‍💻 safe. Here is what you can do to flag nirvghla:

Unflagging nirvghla will restore default visibility to their posts.