Minecraft Pi edition is a bad version of Minecraft... At least it used to be. What changed? 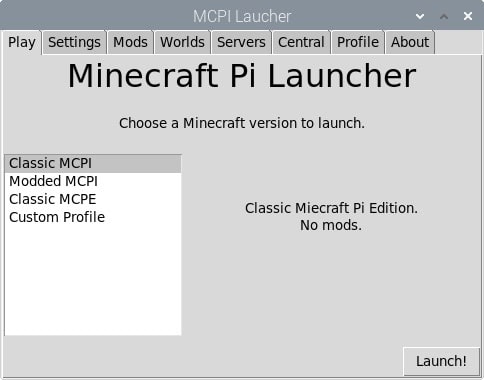 A few months ago Minecraft pi edition was regarded as the worst version in existence. It’s only redeeming quality, it’s modding api.
However through the hard work and dedication of a few developers, it’s grown to be something much more.

Minecraft pi edition was released in 2013 as a stripped down version of the pocket edition (version for phones) and even then it was a bad version due to its characteristic lack of survival mode.

A few people tried to mod it, to little success. However a in 2020 a new project started, called mcpil which allowed Minecraft pi to really take off!

Once suspended, nobody5050 will not be able to comment or publish posts until their suspension is removed.

Once unsuspended, nobody5050 will be able to comment and publish posts again.

Once unpublished, all posts by nobody5050 will become hidden and only accessible to themselves.

If nobody5050 is not suspended, they can still re-publish their posts from their dashboard.

Once unpublished, this post will become invisible to the public and only accessible to nobody5050.

Thanks for keeping DEV Community 👩‍💻👨‍💻 safe. Here is what you can do to flag nobody5050:

Unflagging nobody5050 will restore default visibility to their posts.