...begins my 11th week of Lambda School. The terse TL;DR is that, so far, it’s been a hell of an educational ride.

To begin with, I would encourage you to go read the Business Insider "article" about Lambda. I'll come back to it later.

I posted earlier, back at the end of week 2. 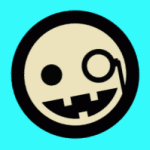 #lambdaschool #webdev #beginners #career
I commented on the pace and the content, and was generally just excited to see what was to come. I could tell that a foundation was being laid not only in the material, but in the method. So I’ve been thinking about doing a follow up to that first post for quite a while, but one thing kept leading to another.

Here’s a duh statement: The person that is delivering the knowledge affects the student’s ability to learn and retain the knowledge. This is on full display at Lambda. Without going into the people or whatever their foibles, this random consistency has sometimes hurt my ability to grok the lesson. About, say, 2x in 3 weeks do I come away from morning lecture feeling it was worthless. More on that later.

On the flip side, Lambda is constantly tweaking instruction content and curriculum, and the pace of the education is always under scrutiny. No, I didn’t get this topic in the wrong place. Because while such scrutiny is a good thing for the overall organization to stay at the bleeding edge, it leads to inconsistent knowledge among a populace that is encouraged and sometimes even hired to help each other. This past week I had difficulty with an assignment, yet the Lambda curriculum had changed such that class was giving me knowledge of content that my mentors had never worked with (React Context, if you must know). However, considering those mentors being the kind of people they are, we were able to get over that hump together.

But it’s a double edged sword… consistent instruction means, especially in tech education, your content is falling behind.

A little explanation is needed.

This organization method can lead to extreme variance in the competence of mentors.

Class and team counts change all the time due to student Flexing (your team could lose 4 and gain 2) new cohort’s etc. Consequently, the 3 team leads I’ve had have run the gamut between “I hate you” and “I love you”. Between a TL who is never around, and a TL that offers to be available at 7am.

This is what happens when a person from a random walk of life looks at the TL job as a paycheck, as opposed to the top-down mentorship, or the resume-item internship, that it’s intended to be. But how would Lambda test for or mitigate that?

Realistically, as far as it goes with the low end of Lambda that I’ve experienced, it’s really not all that low. Instructor aptitude is good. And even when a lecture comes off completely worthless, learning the content is supported by static web lessons (text and video from previous lectures) as well as the cohort leadership, and even other students. And mentorship competence can even be mitigated by the student’s ability to request a switch to another mentor/TL.

There’s a pretty good list of positives that I’ve observed, but here’s a couple.

During my time at Lambda thus far, I’ve experienced some things that were annoying, to be sure. The Nov 8 test described AJAX with GET and POST requests… all terms that had never been used. Yes we had been doing async transactions and actual AJAX stuff, but nobody had ever used the terms. A couple weeks before on a test, there was a requirement to build a search field. Array and object methods were not new to us, but we’d never been tasked to use them in such a way. So instead of warning us about “the hard thing on the test” (which turned out to be like 4 lines) why not teach a little creativity with those methods?

Yet those instances were annoying one off’s, “why would you do that?”. As yet, they don't appear to be part of a trend.

But consider: usually, by the 10 week mark in doing anything, let alone a new job, you don’t even have to be particularly observant to know, intimately, the deep-seated problems. At 10 weeks, if there are problems, you'll them everywhere, getting their tendrils into everything.

In the article that I mentioned at the top, Business Insider talked to 7 people about their poor experience with Lambda. Meantime, Lambda has 33 cohorts, spanning 5 major subjects, with thousands of students. Yet Business Insider couldn't come up with a couple of people or direct contact with staff to arrive at a complete piece.

My experience is this: Aside from the odd annoying content item, Lambda get’s a performance review of “Exceeds Expectations” from me. When I’d decided I wanted to focus on JavaScript in about April of 2015, I never imagined I’d learn that much in so little time. The procedures are clear and flexible. The staff (salaried or hourly) are generally very approachable, professional, and knowledgeable. The education is solid, and the organization is highly motivated to make sure education stays that way. Lambda doesn’t get paid until you get paid well for relevant work.

In closing, "Build Week" is a 4 day project crossing not only cohorts, but education tracks. Web dev, iOS, Android, UX, Data Science... all tracks have people assigned to work on projects together. I skipped a Build Week to attend TL training. Therefore, my next Build Week will be double responsibilities.

5 Everyday Habits To Be A Better Developer

ogrotten
How to make your Lambda School 'Profile' look great
#lambdaschool #webdev
Setup email for a website, and perform send/receive thru your main Gmail.
#portfolio #gmail #webdev
If . . .
#javascript #beginners

Once suspended, ogrotten will not be able to comment or publish posts until their suspension is removed.

Once unsuspended, ogrotten will be able to comment and publish posts again.

Once unpublished, all posts by ogrotten will become hidden and only accessible to themselves.

If ogrotten is not suspended, they can still re-publish their posts from their dashboard.

Once unpublished, this post will become invisible to the public and only accessible to ogrotten.

Thanks for keeping DEV Community 👩‍💻👨‍💻 safe. Here is what you can do to flag ogrotten:

Unflagging ogrotten will restore default visibility to their posts.