At the beginning of this week, I've found an interesting issue on Zulip's repo.

Zulip is an open-source team collaboration tool with unique topic-based threading that combines the best of email and chat to make remote work productive and delightful. Fortune 500 companies, leading open source projects, and thousands of other organizations use Zulip every day. Zulip is the only modern team chat app that is designed for both live and asynchronous conversations.

Zulip is built by a distributed community of developers from all around the world, with 74+ people who have each contributed 100+ commits. With over 1000 contributors merging over 500 commits a month, Zulip is the largest and fastest growing open source team chat project.

Come find us on the development community chat!

Zulip is a popular open source communication platform built with Django (Python). Despite having spent some time one it, I eventually let another developer handle that issue1 and claimed another one. It's a feature request for showing profile pictures in search autocomplete suggestions. 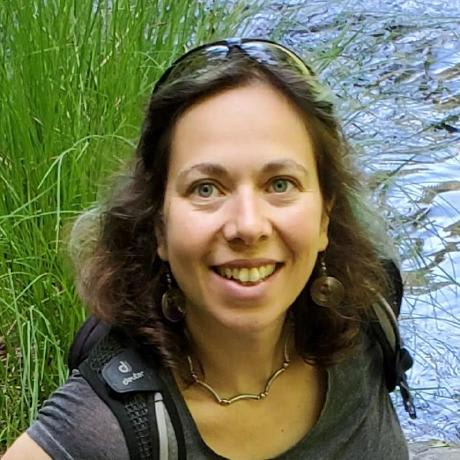 To address this, we should show avatars in the search auto-complete suggestions when a user is being suggested (sender, PMs with, etc.).

From an implementation perspective, we would ideally reuse the send-PM-pills component rather than duplicating the logic.

For reference, the @-mention UI: 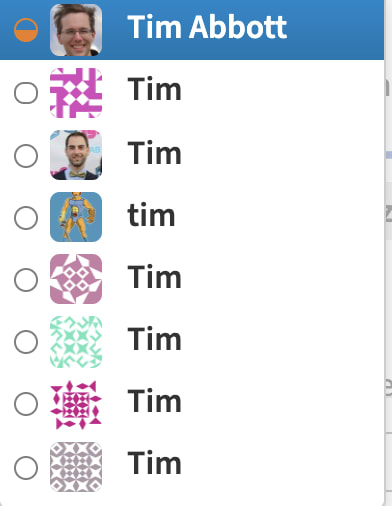 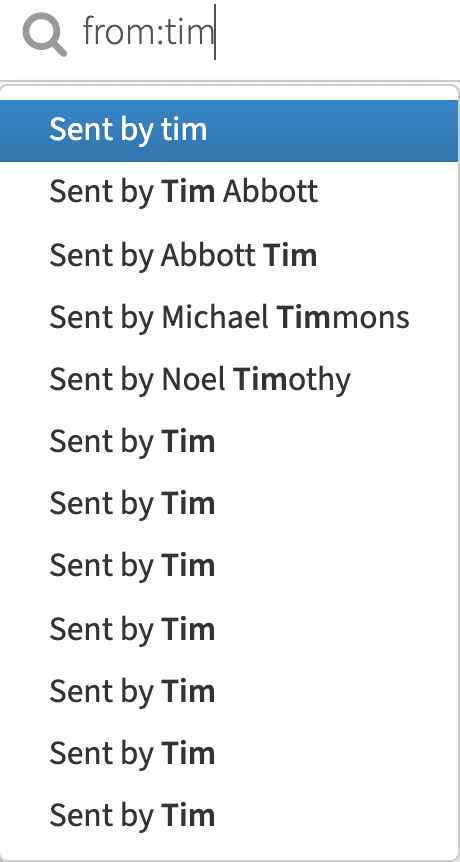 What the feature involves

I was overwhelmed with Zulip's gigantic codebase and technologies. Luckily, their documentation is really clear, concise, and helpful. Although setting up a local development environment for the project took more time than usual, the process was straightforward. I had a chance to learn a bit about Docker and Vagrant. Apart from that, I had an unexpected reunion with Git's pre-commit hooks, my old friend from OSD's lab.

The next part was a nightmare: tracing the relevant code in a codebase developed by 700+ contributors with 45000+ commits. After doing some research and receiving support from Zulip's community server, I've had some ideas for the feature.

Based on an existing approach to a relatively similar feature, I need to customize the existing typeahead.js's layout to include an avatar for any suggested person or organization. As the author of the issue suggested, I could reuse a Handlebars partial for each suggestion.

How I approach it

Firstly, I need a way to render a user's profile picture from their name. After some code tracing, I found render_person_or_user_group(), a typeahead's helper function that can help me with that task. It uses this Handlebars partial to render a suggestion:

Having said that, I still need more time to understand the behaviour of the function. It's likely that I have to write a similar one to exclude the irrelevant.

Secondly, I need to find a way to customize a suggestion's layout. After some research, I noticed highlighter() is responsible for it:

Finally, I must come up with a way to connect the two functions seamlessly. This is the most complicated part.

This seems like an impactful contribution to a large open source project. I'm still clueless about how to build upon my initial approach, but I'll try to keep you posted about my progress.

Cover photo by Kaleidico on Unsplash

Once suspended, oliverpham will not be able to comment or publish posts until their suspension is removed.

Once unsuspended, oliverpham will be able to comment and publish posts again.

Once unpublished, all posts by oliverpham will become hidden and only accessible to themselves.

If oliverpham is not suspended, they can still re-publish their posts from their dashboard.

Once unpublished, this post will become invisible to the public and only accessible to Oliver Pham.

Thanks for keeping DEV Community 👩‍💻👨‍💻 safe. Here is what you can do to flag oliverpham:

Unflagging oliverpham will restore default visibility to their posts.