The advantages of having all the options on Layer 1

There’s nothing like being in the middle of a bull-cycle to show which crypto projects can run with the demand of mass adoption and which are scrambling to retroactively create solutions for their short-comings.

Millions of new users are becoming aware of what blockchain technology offers them, thousands of new applications are being created and the traffic on networks reaches billions of transactions. There are no clear winners or losers in the race to bring decentralized finance to the people, however, at the height of the cycle, some major players are starting to show cracks.

Being the trailblazer of smart-contract blockchains, Ethereum is paying the price of being the first. And it’s not just Ethereum, most early blockchains suffer from the same symptoms — lack of scalability, low speed and high transaction cost.

The solution to this problem — Layer 2 applications. And further down the line, possibly even Layer 3. How will it work, what will be the drawbacks, and will these solutions be efficient enough?

Talking to developers about the phenomenon of Layer 2 solutions and their viability, the conclusion I was brought to is that building software is similar to building a house. You need to set the groundwork and design for what it is supposed to be when it’s complete. You shouldn’t build and design at the same time. Imagine starting to build your one-floor house and then, at one point you realise you will need more space, so you decide to add another 2, 3 floors on top and then just do it. Now imagine that entire building collapsing.

When you build software and especially software as sophisticated as blockchain, knowing, planning and designing for the future is the right way. Having a strong architecture that was crafted from the beginning with the features and possibilities in mind is crucial. You want to avoid doing big refactorings that could break backward compatibility, making updates much more complicated and risky.

When we talk about Layer 1 and Layer 2 we talk about that planning, meaning that you’ve created and designed your software already knowing what the needs of your users are going to be, even long after your initial launch. This leads to easier access to resources, less memory consumption and more secure internal processes, resulting in a faster execution.

With æternity, that plan was made ahead, taking advantage of smart design and architecture from the first minute, anticipating scalability issues that are now playing against adoption. The æternity technology was crafted with future demand and adoption in mind, thus the blockchain’s had cutting-edge functionalities incorporated since its mainnet launch in November 2018. That’s why you only need one layer to work with all the features like Oracles, Naming System, or state channels. That also explains why transactions on the æternity blockchain are so efficient , and why you don’t have the need for extra layers. 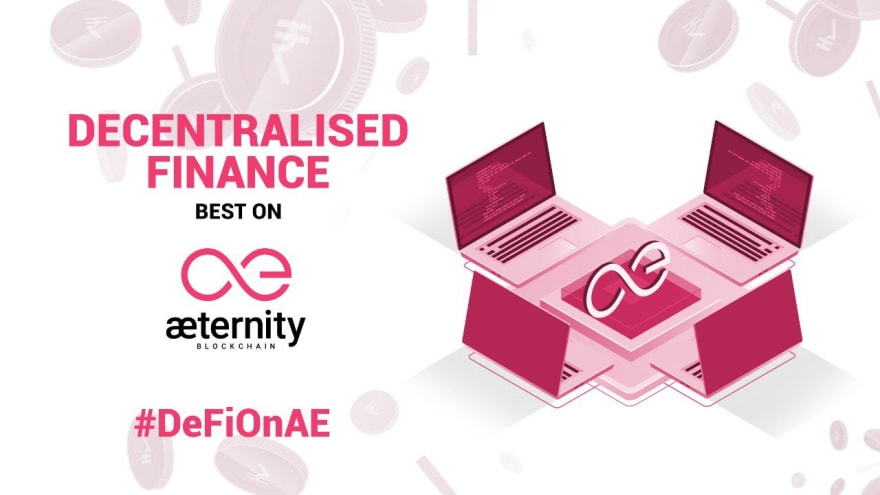 With pioneering solutions such as Hyperchains, embedded Oracles and State Channels, æternity’s developers exhibit a rare farsightedness in terms of future capabilities as well as needs of the users and developers when mass adoption inevitably comes. By looking ahead and learning from the mistakes of the early blockchain platforms, æternity’s design defeats the purpose of Layer 2 solutions.

Æternity’s embedded Oracles, for example, allow interaction between real world data and smart contracts. Any publicly available data can be integrated into smart contracts, and events like election results, weather conditions, sporting event results or certain commodity prices trigger changes to those smart contracts. This opens up the field for major applications such as decentralised finance, supply chain management, information markets, insurances, gaming, the Internet of Things and many more. While other blockchain networks rely on third party solutions, to provide Oracles, æternity offers them out-of-the-box for the best user experience, but also for the best developer experience, security and optimization of costs.

Oracles are just one of many functions essential for what blockchain is trying to bring to the world — an efficient independence from third parties to be trusted and the instant interoperability of the physical world and the decentralised web.

As a next generation smart contract platform, æternity blockcain is interwoven with innovation and functionalities most other blockchains don’t offer. And they are all on Layer 1.

Experience the quality of smart design, build on æternity blockchain.

Once suspended, omarsaadoun will not be able to comment or publish posts until their suspension is removed.

Once unsuspended, omarsaadoun will be able to comment and publish posts again.

Once unpublished, all posts by omarsaadoun will become hidden and only accessible to themselves.

If omarsaadoun is not suspended, they can still re-publish their posts from their dashboard.

Once unpublished, this post will become invisible to the public and only accessible to omar-saadoun.

Thanks for keeping DEV Community safe. Here is what you can do to flag omarsaadoun:

Unflagging omarsaadoun will restore default visibility to their posts.