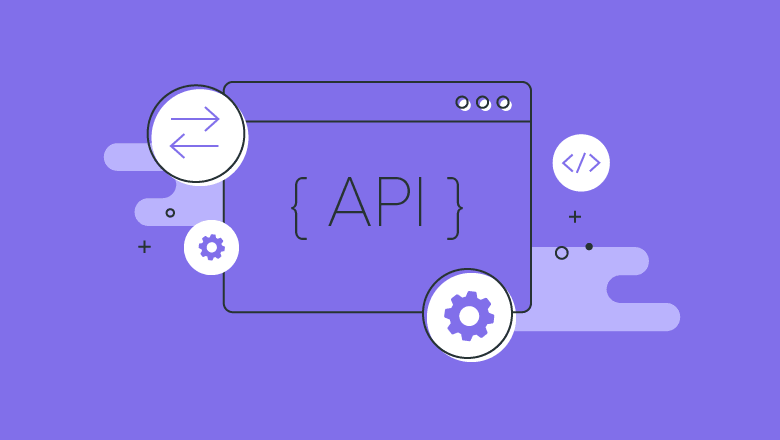 Let’s start with some basics

It is called Application Programming Interface. It is used to hide something very very complex behind something as simple as a function call. Wikipedia explains it as:

In computing, an application programming interface (API) is an interface that defines interactions between multiple software applications or mixed hardware-software intermediaries.[1] It defines the kinds of calls or requests that can be made, how to make them, the data formats that should be used, the conventions to follow.

I’ll take an example, Our example for this article will be a restaurant. Let’s say today you had an awesome day (hope that you did) and you do not want to cook for yourself, so you are out for dinner in as awesome a restaurant as your day. What do you do here? You give the order to the waiter. What does he do? he brings you your food. So in this scenario, the waiter is an API, and he hides all the complexity of cooking food, decorating it on a plate, etc. This is what an API is (in a gist).

So, are there multiple types or what?

Yes, as in every programming concept, this too has multiple types.

These are the types of Web Service APIs (APIs that can be accessed over HTTP or the internet in simple words). They are generalized as Third Party APIs.

Another most common category of API is Browser APIs. These APIs are accessible in your browser for browser. Then there are product APIs that are meant only for the product that they are developed for and will be accessible only when you install that product. There is a whole set of Standard APIs as well, which are the proposed standards, these can be found on Openstack API specifications and W3C, and more. Another set of APIs are called System/Embedded APIs, these APIs are more specific to the system, like Windows system APIs, mobile fingerprint API, etc.

For this article, we will only focus on Web Service APIs

Getting back to our example, where you have reached the restaurant and have ordered the food. (This was the part of using the front end to call the API)

Have you ever wondered what and how does the waiter writes so that the cook knows exactly what to cook and how to cook, here comes our next question

Should the APIs be called in specific ways or are they smart enough to understand our natural way of speaking?

The answer here is, obviously, APIs have some architecture and protocols. So an API protocol defines the rules for API calls.

Majorly there are 5 API architectures:
1 SOAP
2 REST
3 RPC
4 Websckets and Webhooks
5 GraphQL
I'll explain all of them in a brief.

Prior to the Rest, this was one of the most used protocols, it is heavy for transport, but provides better security than the Rest API. It is intended to be extensible and neutral. It uses XML as a format to transfer data. It also uses WSDL (Web Services Definition Language) to publish a definition of its interface. So what it means is that it uses WSDL to publish the format in which the response will be received( in very general and layman terms ).

In today's internet, REST is one of the most followed architectures ( it is not considered as a protocol). Most of the services offered today use REST. It requires the application to adhere to some rules (called architectural constraints/principles). 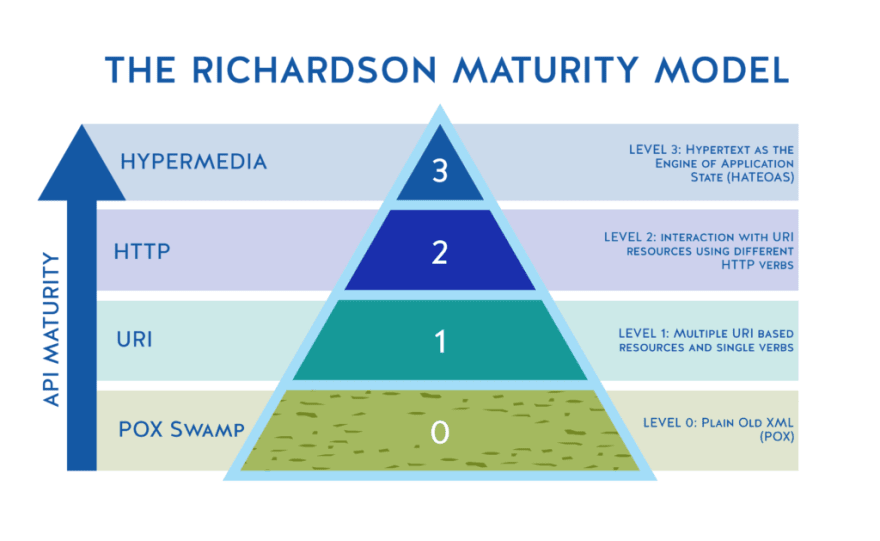 This is a very interesting API Architecture. In the above APIs, the only thing that happens is the transfer of data, but RPC is different, it is designed to call a function instead of simply transferring data. So if you are familiar with programming, then the name itself will suggest that it calls procedures. If used for CRUD (Create, Read, Update, Delete) operations, it is like sending data fields like normally we would do, but there's a downside to this, and that is, the client is entirely in charge of everything. The client must know which methods (endpoints) to hit at what time, to construct its workflow out of the un-descriptive endpoints.

RPC is a concept that has a lot of specifications and is implemented using:

One of the standardized formats of RPC is called gRPC it is widely accepted and used in the industry, it has been created and standardized by Google (internally the previous version was called Stubby). It is open-sourced. By default, gRPC uses Protocol Buffers (although it can be used with other data formats such as JSON). You can see who uses gRPC and why here.

This is for real-time APIs where data is streamed back to the calling system using technology like Websockets or Webhooks.

Sometimes Webhooks is referred to as a reverse API, but this isn’t entirely true. They don’t run backward, but instead, there doesn’t need to be a request initiated on your end, data is sent whenever there’s new data available. Webhooks are commonly used to perform smaller requests and tasks, however, there are situations where a webhook is more appropriate than an entire API.

The WebSocket API is an advanced technology that makes it possible to open a two-way interactive communication session between the user's browser and a server. With this API, you can send messages to a server and receive event-driven responses without having to poll the server for a reply.

Note: Even though for this article I have categorized them under the same umbrella, these two technologies are different.

This note was referenced from this Stackoverflow Reply

There are also Pub/Sub APIs that I have not covered in this post. It works on similar principles as these.

Another newer technology that I haven't written in detail is WebRTC, it is somewhat similar to web sockets but one of the major differences is that it works in real-time, especially used for audio/video communications. It is an emerging technology, with its usage increasing by the day. To get some basic understanding between WebRTC and Webscokets to refer to this article

GraphQL is a query language for APIs and a runtime for fulfilling
those queries with your existing data. GraphQL provides a complete and
understandable description of the data in your API gives clients the
power to ask for exactly what they need and nothing more makes it
easier to evolve APIs over time, and enables powerful developer tools.

From the official GraphQL website
This is a somewhat newer API technology. GraphQL APIs have a hypermedia-like ability to use a single query to fetch the required data across multiple resources. But GraphQL APIs also borrow from concepts that we’ve observed in both REST and RPC-styled APIs.

It is a technology developed by Facebook in 2012. GraphQL was used internally for their mobile applications to reduce network usage employing its specific data-fetching capabilities. Since GraphQL specifications and reference implementation in JavaScript were open-sourced in 2015, major programming languages now support it, including Python, Java, C#, Node.js, and more. The GraphQL ecosystem is expanding with libraries and powerful tools like Apollo, GraphiQL, and GraphQL Explorer.

To understand the differences in REST and GraphQL refer to the table below: 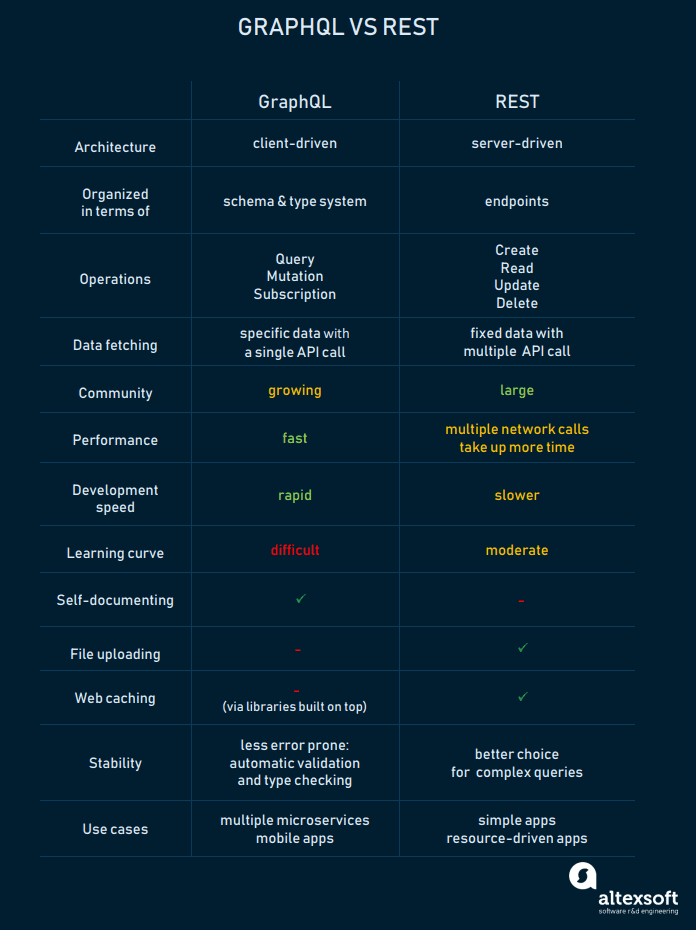 So now you have a good understanding of how the waiter (in the case of the web a client) takes your order (the actions performed on UI) and organizes it accordingly so that a cook can prepare your meal (backend can process your data). These help in keeping the flow seamless even if there are tens of consecutive customers ordering (many clients interacting on the web).

Indeed, the web is a wonderful restaurant that is open and ready 24/7/365 to serve you your order. Now with this knowledge, I'll end the article, and hope to see your amazing dish (project) served (hosted) in the restaurant (web).

Below are few resources that I have referred to for this article and otherwise.

I have also collected few Public APIs for you to learn, test, and use as per your needs.

If you want to learn, how to test and use an API from basics, then I'll recommend Postman API 101 Public Workspace. Follow this to get a better grasp. They also have a webinar on this you can see it on their webinars page

Hey there,
I am Omkar Agrawal a freelance full-stack web developer, currently, I am in the final year of my Bachelors's in Information Technology. I am also a Postman Student Leader and Postman Student Expert. I am a tech enthusiast that loves to read and learn on anything that can increase my knowledge, but especially on technology.

I am available for Backend / Fullstack development job positions, you can find me on

If you loved this blog then please support it by giving a thumbs up on this post and on other channels :