React Native has lot of dependencies, each depends on a tons of other dependencies, and they move pretty fast (and break things). Sometimes 2 frameworks get merged together, sometimes a framework get split into 2, which may cause breaking changes in your app. Although most of them are well known issues and can be solved with a couples of searches on Google. For me, React Native saves some time (at first) developing for both iOS and Android while taking me more time digging into issues and questions.

I use Visual Studio Code as the editor, and the hot key that you need to remember the most is Shift + Option + F , which is used to format code. 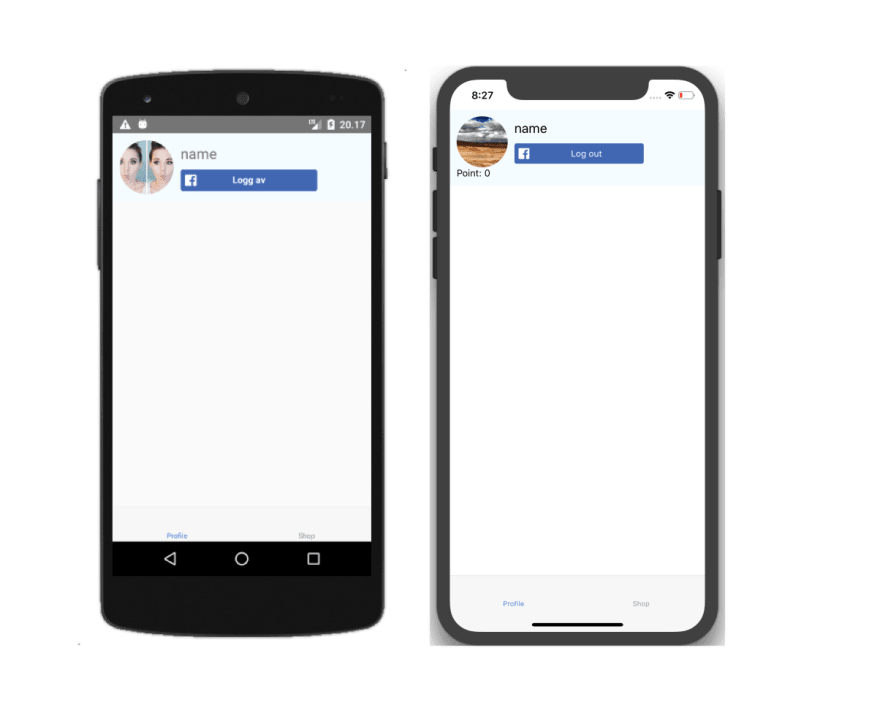 It is painful to setup environment and tools for React apps. Getting to know how to configure Webpack, Babel, Jest can take some time so people build a lot of boilerplate generator for this setup task.

I am familiar with this create-react-app so when I found create-react-native-app , which is also recommended in official React Native Getting Started guide, I give it a try immediately. In my experience, it seems like a quick way to play with React Native through Expo but comes with so many caveats. This approach will limit me in the long run although it has reject to quit the playground mode.

Because you don’t build any native code when using Create React Native App to create a project, it’s not possible to include custom native modules beyond the React Native APIs and components that are available in the Expo client app.
React-native first impressions: Expo vs. Native
*I recently made my first foray into React-native, while trying to port motogo to Android. Motogo is an app that lets…*medium.com

I think they should rename the repo to create-react-native-expo-app to avoid confusion. My little piece of advice when working with React Native, is because of its heavy dependencies, you should do a bit of research for every tools or frameworks that you like to add. The less dependencies, the better. There are many cases those stuff are unnecessary and you avoid having extra unneeded dependencies.

The official react-native init works so well, for how to install this tool, visit Building Project with Native Code.

To run iOS app, you should specify simulator

To run Android app, you should start emulator first, either via Android Studio or adb , then react-native run-android .

The Facebook SDK for React Native is quite straightforward to set up. Basically it is a wrapper around the native SDK for iOS and Android, so we need to use Xcode and Android Studio to configure some tasks. You also need to register an app on Facebook Developers page.

Android Project: You can skip the build.gradle changes since that’s taken care of by the rnpm link step above
iOS Project: The react-native-fbsdk has been linked by rnpm

The react-native-fbsdk points us to Getting Started, but it is for native iOS apps !!!

You should instead follow Configure the Native iOS Project, as it has a script for setting up all things. Firstly, go to Quick Starts for how to change bundle id, configure Info.plist and add Track App Installs and App Opens code. Note that the method didFinishLaunchingWithOptions is already there in the react-native Xcode project, so you shouldn’t add new one.

This is a pretty common question and people point to all sorts of scripts and frameworks to change just bundle id. You just need to open.xcproj in ios folder and change bundle id, like you with a normal native iOS project.

Then going back to Configure the Native iOS Project at step 7 to install and execute ios_setup.js

Also as stated by react-native-fbsdk, you should declare Facebook App Id. Follow Quick Starts for Android platform for how to add Facebook App ID in strings.xml and declare com.facebook.sdk.ApplicationId in AndroidManifest.xml

In case you want to change package name for Android project, you can do so in Visual Studio Code and remember to update relevant package name. Or the recommended way is to do so in Android Studio 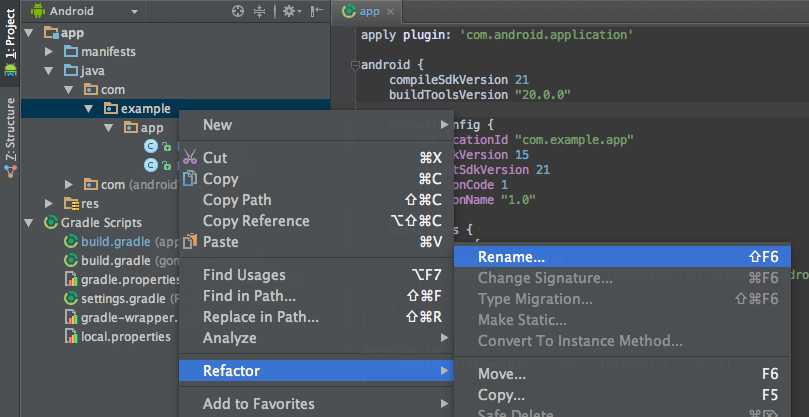 I had a problem with sdkInitialize and the solution is to just remove them. Here is how onCreate looks in MainApplication.java

There has been quite a lot of navigation frameworks for React Native, but the most popular right now is React Navigation. Let’s start by adding npm install — save react-navigation . 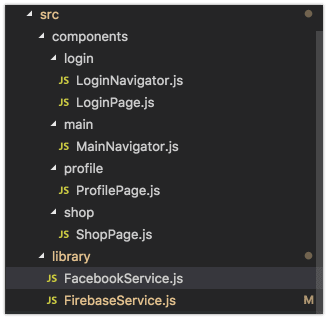 As of react-navigation 2.11.2 in this project, it uses makeXXX for creating navigators. Let’s use SwitchNavigator to switch between MainNavigator and LoginNavigator depending on the existence of Facebook access token

Let’s make a convenient FacebookService to deal with Facebook SDK

Here we wrap GraphRequest inside Promise to use async await style, you can read more about async await
Callbacks, Promises and Async/Await
*This is my attempt to explain how to use asynchronous code in Javascript at a very high level.*medium.com

We can manually use LoginManager to have my fine grain control, but here a LoginButton works well. It also shows Login or Logout text depending on login status.

react-navigation supports passing parameters between Navigators, but here we can just need Access Token from FacebookService which we can easily retrieve.

For a cool UI toolkit in React Native, let’s use react-native-elements. We use that in ProfilePage

Since ProfilePage is managed within react-navigation , we can easily transition to new MainNavigator with this.props.navigation.navigate(‘LoginNavigator’) . I also use SafeAreaView to make it look good on iPhone X. SafeAreaView defaults to empty View in Android
React Native & iPhone X
*Easily update and create iPhone X layouts with SafeAreaView*medium.com

The ProfileView is the header containing Facebook profile information, this is to split responsibilities in term of layout.

During working with React Native and Facebook SDK, I got some problems and learn a lot. Most of the time they are well known problems and a search on internet can show you the answer. Below are few tips and troubleshooting that may help.

Read the awesome blog post below and you are no long confused
Requiring modules in Node.js: Everything you need to know
*Node uses two core modules for managing module dependencies:*medium.freecodecamp.org

Nothing is given free. The power of React Native comes with lots of problems, you can’t believe how much time you wasted diving in issues.

Check that you import the module with the right name, case insensitivity is often the culprit. Also most the time caching or wrong state is the issue, there you just need to clear the cache rm -rf ios/build/ or kill the current process kill $(lsof -t -i:8081)

You may also need to close / reset content in iOS simulator and Android emulator. Make sure you see bundle 100%.

React-Native: Module AppRegistry is not a registered callable module

You should be careful when to use brackets for import

This is just warning, but you should catch when dealing with Promise

I hope this article helps a bit in integrating Facebook SDK into React Native apps. Besides I think learning how variable scopes and Flexbox work will benefit you in the long run with React Native.

Javascript may be a weird language, but before you understand how block scope and function scope work with var, let, const , especially in loop

Flexbox is preferred way to do layout in React apps. Doing it wrong and the whole layout disappears or messes up.
Understanding Flexbox in React Native
*Mastering these simple Flexbox recipes will make you a React Native UI master in no time*blog.reactnativecoach.com
How Flexbox works — explained with big, colorful, animated gifs
*Flexbox promises to save us from the evils of plain CSS (like vertical alignment).*medium.freecodecamp.org
The Full React Native Layout Cheat Sheet
*A simple visual guide with live examples for all major React Native layout properties*medium.com

How to Test React Native Apps

Thanks for keeping DEV Community safe. Here is what you can do to flag onmyway133: