If you were assigned to building a company's dream team tomorrow, what techniques and tools would you use to support your strategy?

Great teams don't born within a single day. Every team must go through certain stages before it can eventually become a company team no. 1. You know... this kind of team, that you ask for help when things get really serious - Special Forces, Aces, Alpha Dogs... call them whateva.

But what are those stages, and why not every team reach this top-performing state?

The scientist Bruce Tuckman is proving in his popular theory the Tuckman’s stages of group development, that to reach high-performance state, every team goes through three preceding phases - forming, storming and norming. 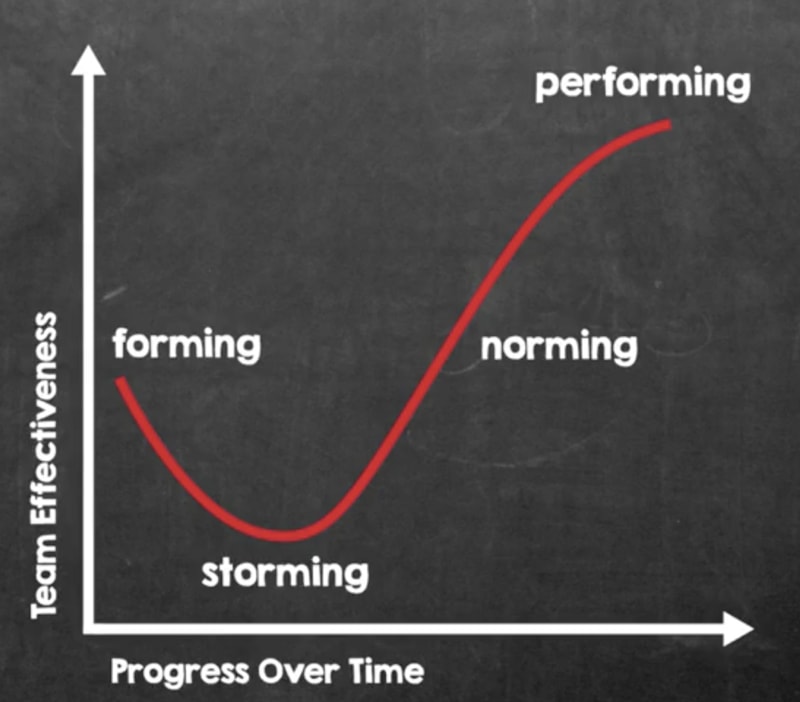 Then is walking through those phases to performing state just a matter of time?

During those phases basically everything can go south. And it often does.
From the power fight during the storming phase (have you ever been in a team built from former technical leaders? You gonna love it), to building dysfunctional norms like finger-pointing or never saying no to your boss (and then leaving your team with it).

It seems like most of the teams don't spend enough time building the foundations, which would enable them to be something more than just a group of people working together.

Sh## must be delivered

Usually, teams are created with a single purpose. To deliver a particular task. The task becomes their top priority and progress towards it (or lack of it) is the main measure of their success. Therefore it’s not surprising managers create all sorts of incentives pushing teams to the limits regardless of their health.

Unfortunately, that push for results without a solid understanding of the team health — the same as driving a car without reviews nor repairs — leads (in the best scenario) to the permanent damage.

How to avoid the damage?

Let me share some techniques, and tools, that help me build healthy and performing teams in a consistent, and repeatable way. By doing it you will gain the highest value - trust and loyalty of your folks - in return.

If you are a part of a development team, this tool is just for you.
Team Health Check is a mobile app based on retrospectives model designed by Spotify.

No app can replace honest conversation between the team members, while everyone has a say about their feelings and thoughts.
But how to understand the key pain points of your team without getting bragged into long, negative spirals of complaint with no certainty if the identified issues are addressing a real threat or just demands of the most vocal part of a group?

Team Health Check addresses this challenge by involving the whole team in anonymous voting for the most important (and urgent) parts of its work.

Predefined categories enable your team to start immediately.
Register the free account in the iOS or Android app, and you are ready for your first health check!

Then just keep an eye (and swiftly improve) on the direction of your team by looking at the trend between multiple health checks/votings. 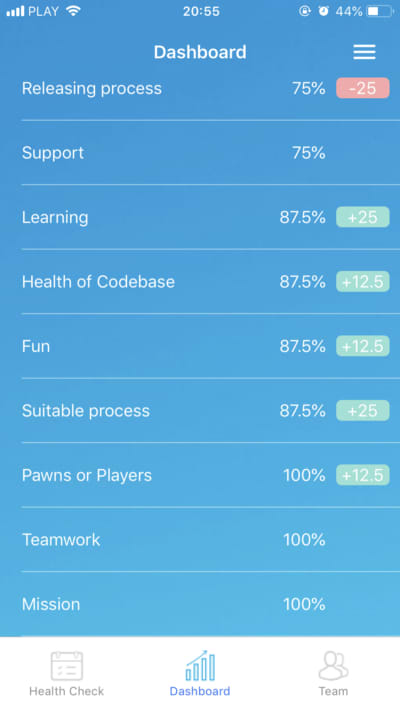 Since Team Health Check is a mobile app, you can find it in the App Store or Google Play or by scanning the below QR.

If you already know the health of your team (you can use Team Health Check for that), then quick brainwriting session is likely what you are looking for next.

Brainwriting is a technique similar to brainstorming, but the participants fill their ideas on sticky notes.

What is cool about brainwriting is:

Stickies.io is a free, virtual sticky notes board. The website enables to organize brainwriting session even for distributed teams, while (optional) incognito mode ensures participants can focus on their own ideas (without seeing each other's notes). 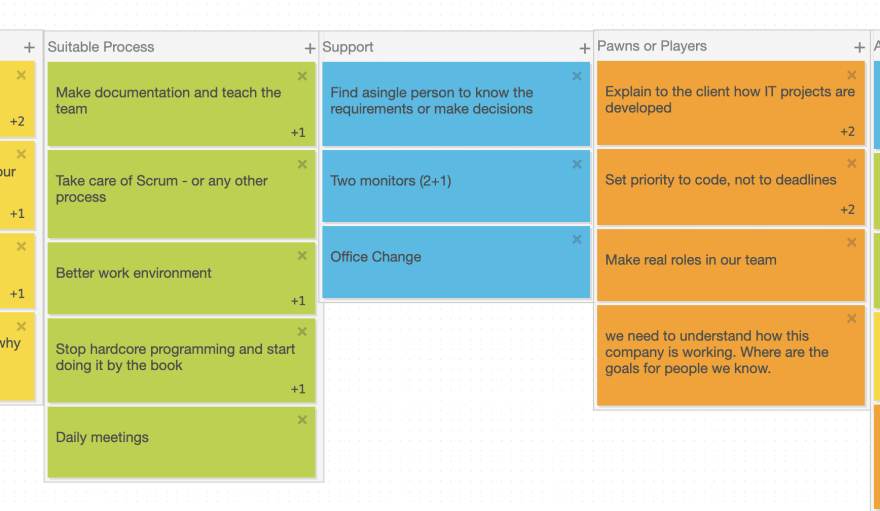 After the session, participants can uncover their ideas, group them together, and vote for the best.

Building teams is a time-consuming process that can’t be done once and forgotten.

I’ve shared with you my favorite tools, that help me build healthier teams.
They can be also your compass and guide your team on a challenging road to find its own, individual culture fitted to its own, unique context.

Once suspended, oskarkaminski will not be able to comment or publish posts until their suspension is removed.

Once unsuspended, oskarkaminski will be able to comment and publish posts again.

Once unpublished, all posts by oskarkaminski will become hidden and only accessible to themselves.

If oskarkaminski is not suspended, they can still re-publish their posts from their dashboard.

Once unpublished, this post will become invisible to the public and only accessible to Oskar.

Thanks for keeping DEV Community 👩‍💻👨‍💻 safe. Here is what you can do to flag oskarkaminski:

Unflagging oskarkaminski will restore default visibility to their posts.