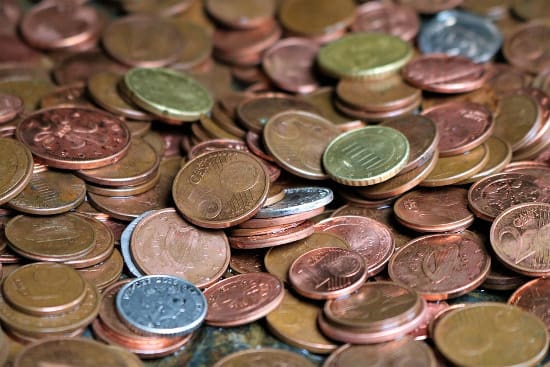 To understand those other factors, we need to start thinking about what money is. If I asked you if you wanted money, the answer would probably be yes. But why? Can you eat money? Can it provide you shelter from the rain? Can it charge your smartphone?

Money can’t do anything of these things by itself. It only allows you to purchase stuff that provides for your needs. But now we have the question of, why do people give us these things in exchange for our money? Yes, they too can spend our money (now their money) on providing for their needs, but how did everyone start agreeing that this piece of paper with very little utility was the way to mediate these exchanges?

The alternative to using money is barter. There is a very classic problem with barter. If I make apples and you make oranges, I could try to trade some of my apples for your oranges. But what if you don’t want apples? What if you want fish?I could go and find a fisherman to exchange my apples for fish so that I can exchange fish for oranges. But what if I can’t find a fisherman that wants apples?

Imagine going through this process for everything you use in a day. You would spend your entire day bartering instead of making apples (or whatever it is you make). Money solves this for us by providing some medium for which we can exchange anything. But that alone does not answer the question of why people accept money. Why accept my US dollar rather than a BeekumsCoin or a bottlecap?

Most Americans, including myself, have taken this question for granted. Everyone accepts the US dollar. Most people prefer to have US dollars. Some countries actively prevent their citizens from trading their currency for the US dollar.

Money has always been imprinted with it’s creator. The Roman Denarii. The Venetian Ducat. The British Pound Sterling. The US Dollar.

These are the most popular and widely accepted currencies in history. Through trade and empire expansion, they became well known. More importantly, they were backed by a powerful entity that people could trust would be around. Ignoring the fact that Rome fell, if you were alive when it was around, odds were it would be around before you died. That fact meant you could trust in the value of that money because it was guaranteed by some powerful central entity.

That leads us to the answer of what money is: Trust.

Without trust, money is worthless. It’s just a piece of paper, a shred of metal, or some digital bits floating around somewhere. One of the justifications in cryptocurrencies was based on a loss of trust in the institutions that manage our money. Yet, despite all the quantitative easing (aka printing money), the US dollar is still fairly stable. Most widely accepted currencies are still fairly stable. When we freak out about currency fluctuations, we usually are looking at single digit percentage fluctuations. For a stable currency, a single digit percentage is a big deal.

A large part of that stability comes from it’s utility. The value of a currency is determined by how much you can buy with it. If $100 can pay rent, then a dollar is worth a lot. If $100 can only get you an apple, then a dollar isn’t worth much at all. If someone tried to sell you an apple for $100, you would trust that there would be someone else willing to sell it for $1 instead. Your trust in the value of the dollar keeps you from taking an action that would devalue it.

Inflation doesn’t necessarily happen when central institutions print money. Inflation happens when you are willing to see $100 for an apple as a reasonable exchange. This can be caused by printing money, but that’s just one factor out of many. Your unwillingness, and the unwillingness of other people, to pay a high price for goods and services can prevent money from losing value.

Usage creates a fundamental value for your money. It’s not just a piece of paper. It’s rent. It’s food. It’s heat and water. So long as you can spend your money on these things, your money (regardless if it is dollars, euros, or yuan) will always be worth something.

Analyzing the politics of COVID-19 through public data

Dolt is Git For Data