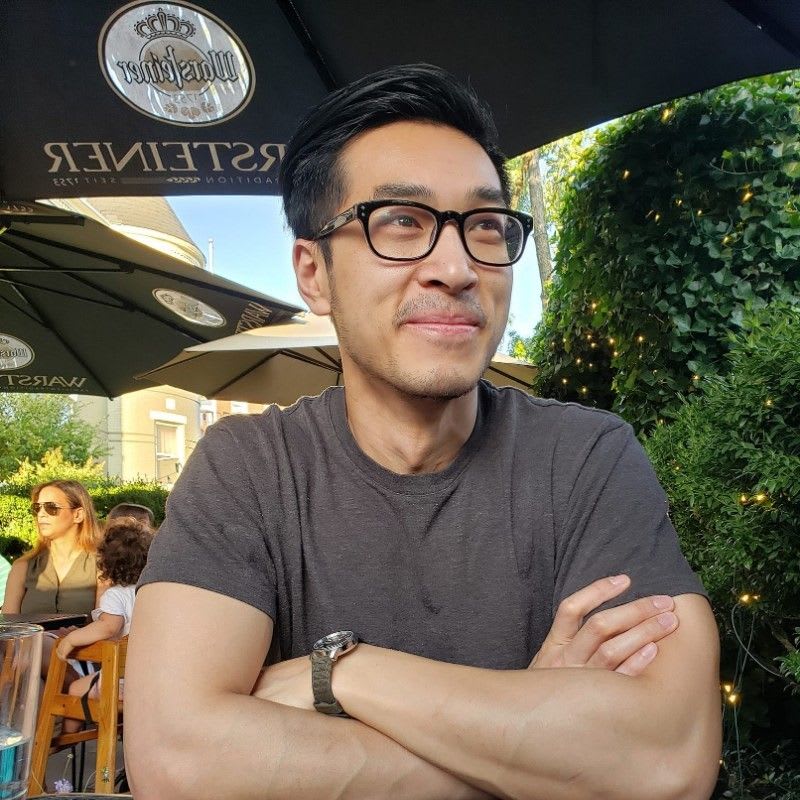 Alvin Wong was working as a pharmacist and wanted to make a career change. He now works as a junior software engineer having learned to code with Practicum by Yandex coding bootcamp. Read on for Alvin's tips for beginners on learning programming, what to expect from a job in software development and how Practicum helped him change career.

Hey, so can you introduce yourself?

Hi, my name is Alvin Wong and I’m currently working as a Junior Software Engineer. I work remotely in Boston, MA for a company based in Washington DC. I previously worked as a pharmacist and now have made the switch to software engineering.

Why did you learn to code?

Growing up I was always interested in computers and technology and was considering majoring in computer science but opted for pharmacy instead. After graduating I started looking for a new hobby and one day I was talking to a friend and we had ideas for apps/games that would be cool to build. Since there were so many different languages I could start with, I spent a few days doing research on the most commonly used languages and what they were primarily used in.

After creating several apps/games I realized that programming was more fun than working as a pharmacist. As a result I looked for ways I could make the change to leave pharmacy and switch to tech instead.

How did you combine learning to code with being a pharmacist?

Unfortunately, the hospital I worked in was large enough that I couldn’t provide any ideas/support to enhance the system. We used the EPIC system in the hospital which was outside of our control. Any changes would’ve had to go through several approval processes and different departments before implementation.

How has your life changed since learning to code?

Having just started as a software engineer, I would say my day to day stress level has dramatically decreased. Working in a pharmacy, there is always a constant sense of urgency to get everything done within 1-2 hours. Whereas now, I am working in 2 week sprints.

While I did take a pretty big pay cut, for me personally, I think it was worth it. Not only is my day to day life better (I get to work remotely), but within a few years my salary could be close to, if not higher than what I was making as a pharmacist.

Having just started, I have only been given 1 task to do, albeit a large task. As a general overview, typically we have our daily scrum meeting in the morning and then the rest of the day is spent working on our tickets. The tech stack that I work with is React/Typescript, Node JS, Express JS and Postgres. The work is somewhat what I expected, however, I was hoping to have more training rather than be thrown into the pit, so to speak.

It’s a good way to learn quickly, but at the same time I put a lot of pressure on myself to learn as fast as possible and produce well written code. Because the team is relatively small, there isn’t a lot of opportunity for any pair programming, but everyone on the team has been super helpful and will help me as best they can considering we are all working remote.

How did Practicum help you learn coding?

Practicum definitely helped me with code organization and exposure to React JS and Node JS. I believe these are 2 very popular techs used in web development. Prior to attending Practicum, I only had experience with Java and C#, and even then, it was mainly on the frontend of things. I had very little experience with anything on the server-side (ie. API calls, database, etc). After graduating Practicum, I definitely felt more comfortable with Node JS and writing code on the backend.

What was the best part about learning to code with Practicum?

The best part was having a mentor as well as a code reviewer. It’s one thing to be able to build a working web page but it’s a different thing to be able to write readable code and maintain organization. Having someone review your work is an experience that you wouldn’t get by being 100% self-taught. It also gives you some exposure in a simulated experience dealing with pushing code on a project and having it be reviewed before merging.

How did you get your first developer job?

After graduating from Practicum, I spent the majority of the next 4-5 months working on leetcode and hackerrank problems. Once a week for a couple months I met with Anastasia Cherepanova, a product manager for the Student Acceleration & Employment program, who really helped me out with getting my resume and LinkedIn page set up and styled appropriately considering I was making a career change from pharmacy to software engineering. After interviewing with many, many different companies, I finally landed my current job. Making it through the interview is probably by far the most difficult part of being a software engineer.

Do you have any advice for people considering the Practicum program?

While the bootcamp is definitely extremely helpful in getting started, you will need to put in extra work to be successful. Much like any other bootcamp, Practicum doesn’t teach you everything there is to know about web development. There is still a lot of other things to learn such as SQL database.

For the moment, I just want to get comfortable being a software engineer. There is still a lot that I don’t know and there is a lot that I am learning. I don’t particularly have any goals for the future other than enjoying what I’m doing. I will probably start to plan on working on personal projects again once I get more comfortable and situated as a software engineer.

This article was sponsored by Practicum by Yandex coding bootcamp.

Introduction to Nodejs and Express

Pete
Hey, I'm a developer based in Edinburgh, Scotland. I make www.nocsdegree.com where I interview devs without degrees. I also make www.nocsok.com where I list jobs for devs without degrees.
From a call center to learning to code with Boolean
#podcast #beginners #career
Changing lives with Lambda School - an Austen Allred interview
#webdev #beginners #interview
Justin Jackson: how coding and skateboarding are similar
#webdev #beginners #career