Browser dev tools are so full of features it's hard to keep up. I bet every developer knows a different set of features to each other. I wanted to share a few little tips that I use, that you might not know and that if I don't write down I might forget.

When you're clicking around the Inspector in Firefox or the Elements tab in Chrome and you want to use the selected element in the console, you need a reference to that element. You could type out a querySelector that would pick the element out of the document, but that's far too much work. Instead, leave the element selected and use $0 in the console to get the reference you need. 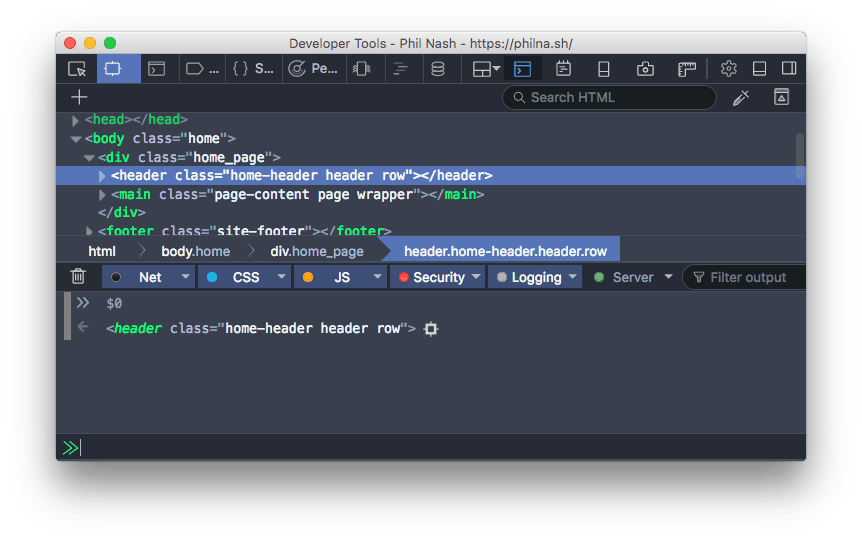 Chrome even hints at this by showing == $0 next to the HTML. 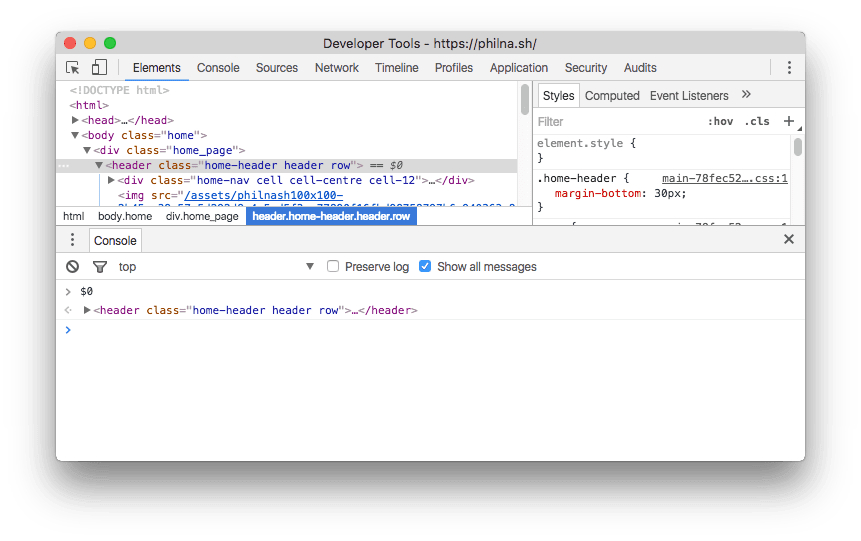 Be aware though, if you select a different element in the inspector then it will become the subject of $0 and you will lose the reference to the old one.

Firefox has another trick for this. Right click on an element and choose "Use in console". This places a variable called temp0 into the console's command line which is a reference to that selected element. 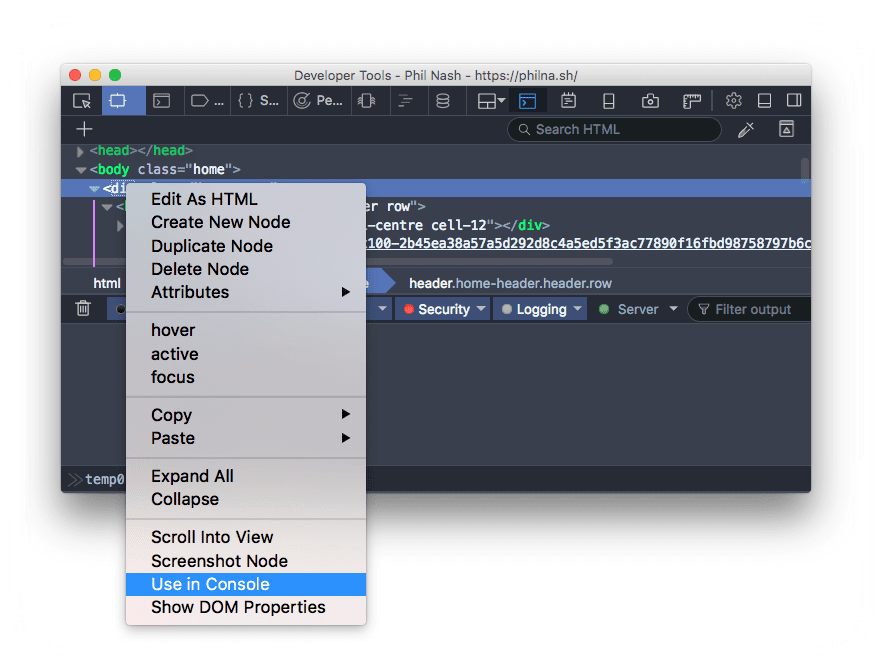 Turn any object in the console into a global variable

If you're dealing with other objects in the console, perhaps something you've logged from your own code, and you want to reference them then there are a couple of ways to do that too.

$_, for example, is a reference to the last object that was returned in the console.

More generally, any object that has been returned or logged to the console can be turned into a global variable by right clicking on it and selecting "Store as global variable". You will get a variable called temp0 which references that object. Even better, do it for more objects and you'll get new variables called temp1, then temp2 and so on.

There is so much to learn about dev tools, these are just a few little tricks that might help when debugging your code. If you're looking for more tips like this, I recommend signing up to Umar Hansa's Dev Tips or watch his ffconf 2016 talk.

Don't forget to share your own tips or things you've found in dev tool. If you've got any good ones, please send them to me on Twitter at @philnash.

Dev Tools Tricks: Store objects and elements as variables in the console was originally published at philna.sh on January 12, 2017.

Peeking at Slack with CDP

Wappalyzer : identifies technologies on websites with this Chrome Extension

Once suspended, philnash will not be able to comment or publish posts until their suspension is removed.

Once unsuspended, philnash will be able to comment and publish posts again.

Once unpublished, all posts by philnash will become hidden and only accessible to themselves.

If philnash is not suspended, they can still re-publish their posts from their dashboard.

Once unpublished, this post will become invisible to the public and only accessible to Phil Nash.

Thanks for keeping DEV Community 👩‍💻👨‍💻 safe. Here is what you can do to flag philnash:

Unflagging philnash will restore default visibility to their posts.