Whenever something that I have been looking forward to is over, I feel so sad and empty inside. The bigger the event, the worse the feeling. I can vividly remember falling into the black hole after my first birthday-disco-party was over and my last friend left. I just wanted it to not be over, I wanted the fun and freedom to last forever and ever.

This week the feeling hit me again, twice. The last few weeks I had been rehearsing a play for my daughters' school camp and last Thursday we performed it. It was so much fun to get together with the other parents, to anticipate playing the scenes and to finally see the looks on all the little faces when doing the play. But the sadness afterwards, aaaargh, I could really have done without it.

Still, the ups more than make up for the downs, I wouldn't have missed it for the world. Quite literally, because that Thursday also marked our 5th Luminis DevCon. Luckily I had my phone with me so I could ask my friends what I was missing out on. A lot of good stuff, so they have told me.

I was especially proud of my colleague Sam van Geijn, who spoke about his super funny Dutch Rap Generator. Sam was still a student last year and now he has done a talk in front of an actual live audience with actual human beings in it. And a very good talk at that, a few friends of mine let me know afterwards. I could write a whole post about what I love about Sam and his talk, which I might actually do later.

The same goes for the DevCon itself. I love that we have a yearly event about the Art of Software Engineering (not just programming!), and that we do almost everything ourselves. From writing papers to creating a high-quality program, from the brainstormins to the organisation of the day itself, it's all done by the colleagues we work with every day. And it shows, the feedback from visitors has always been very positive. This I could go on and on about as well, but I won't.

I want to get back to that feeling of sadness after big events I started this post off with. You see, my personal news bubble this week was filled with the same image: 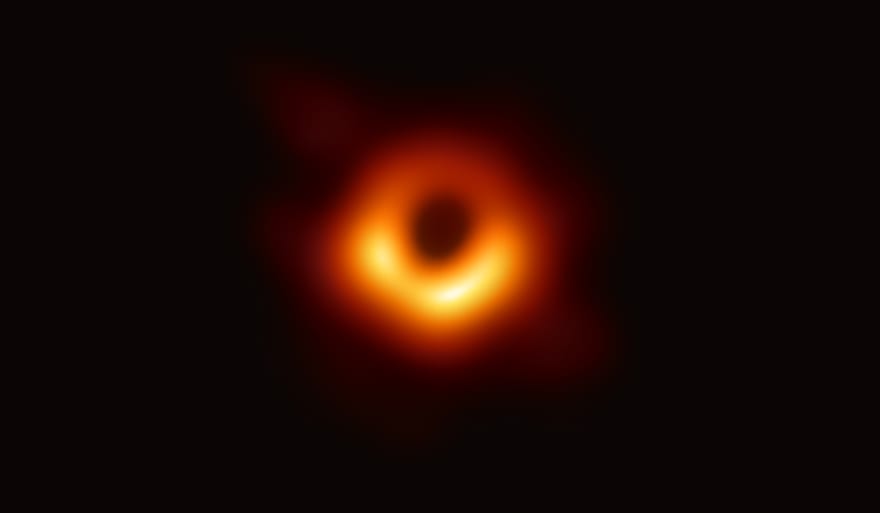 I was watching the Event Horizon Telescope press conference and when they finally showed the image the whole world seemed to have been waiting for years for, I got that feeling again. That was it, I thought, these people have poured their hearts and souls into this project and now it is over, done, finished. What in the world must they feel like now? Somehow that thought stayed with me the whole week.

And then this morning, I was a watching a two year old talk by Katie Bouman, explaining how software was going to help her team capture the image of the black hole:

Watching that made me so happy for some reason. This is so awesome, I thought. These people dreamed of creating a telescope the size of the earth so they could take a picture of something Einstein dreamed up more than a hundred years ago. And then they actually went ahead and did it! How can you be sad about that? That's awesome!

I get the same feeling from my job, I really do. I don't really care so much about the software I am writing. Don't get me wrong, I am proud of my code, but what I produce has no value outside of its context. The value comes from all those other people that are part of the work we do: the directors and clients with their wild imaginations and forward thinking, the designers and their creative solutions to the seemingly impossible problems, the project managers and Scrum masters that keep our eyes on the prize and all the other stakeholders that make sure we build what people didn't know they needed.

On a huge scale, the achievement of the Event Horizon Telescope project is an example of this. No one human can imagine a black hole all by themselves, let alone take a picture of it. But the whole of humanity surely can. Pushing boundaries is a team effort.

Now for the music. After this week's shitty controversy regarding Katie Bouman's work I was reminded of this Björk quote from a 2015 Pitchfork interview:

I want to support young girls who are in their 20s now and tell them: You’re not just imagining things. It’s tough. Everything that a guy says once, you have to say five times.

So let me do the work of five women at once: Björk was right. Do something about it. Start with her awesome song Crystalline from the topically space-and-nature-themed album Biophilia and work from there. The outro alone is worth the listen.

Have a nice week!

why do so many musicians become programmers?

Once suspended, pietvandongen will not be able to comment or publish posts until their suspension is removed.

Once unsuspended, pietvandongen will be able to comment and publish posts again.

Once unpublished, all posts by pietvandongen will become hidden and only accessible to themselves.

If pietvandongen is not suspended, they can still re-publish their posts from their dashboard.

Once unpublished, this post will become invisible to the public and only accessible to Piet van Dongen.

Thanks for keeping DEV Community safe. Here is what you can do to flag pietvandongen:

Unflagging pietvandongen will restore default visibility to their posts.