It happens to the best of us.

During the BeCode boot camp, junior developers enjoy a lot of freedom and autonomy so that they can grow the skillset adapted to their personal interests : frontend, backend, fullstack, devOps ...

These are exceptional human beings. Each was selected for the sparks in its eyes when facing a new problem. For their ability to work collaboratively. For their grinta. For being passion-driven and knowledge-hungry.

As their coach, I want to know them better. So I observe them a lot. We talk, in private sessions or in group discussions.

Doing so I realized they often lose energy and time on pointless explorations. Venturing on the pretty much infinite fields of learning resources provided by the internet can be tricky. I know this because I have been there. More often than not, I would start a tutorial, and at the first difficulty, switch to another without finishing the first one. Then again, starting stuff, not finishing. As a result, it often becomes difficult for them to meet deadlines and basically, get things done. Which is frustrating and bad for morale.

What happens is, when we are trapped in the process of exploration, we lose focus on what we were actually trying to get done.

Part of my job is to remind them that we are on a clock: we have six months to get as far as possible towards their own digital horizon. After that, they have to jump, try to swim the best they can with their new set of skills, or die trying (dramatic pun intended). Every lost second does not come back.

Too much information becomes a distraction that blurs our sense of focus. It happens to all of us. Every day.

It's understandable, but unacceptable given the objective of becoming the best developers they can be in six months.

My answer to that : the pleasure of GTD (Getting Things Done) through self discipline. I want them (and me!) to stay on focus despite the distractions and the fast pace of life at BeCode, where opportunities come by the dozen (Meetups, hackathons, conferences, talks, networking events, customer projects …).

And so I introduced a ritual that I actually discovered a few years ago whilst working with the fine team at Base Design: the "Challenges of the week" ritual.

How to conduct the Challenges of the Week ritual

This is how I roll it with my startup. 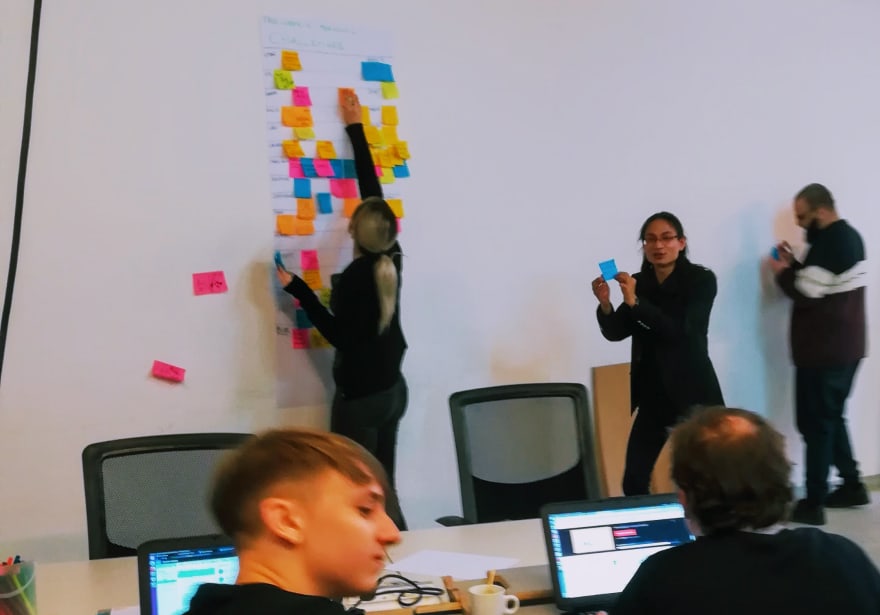 The Challenges of the Week, in action at startup Lovelace.

As facilitator, allow comments from teammates : if an objective triggers a remark, there might be an opportunity for collaboration. But let's not loose the… focus of the exercice by turning this into a debate. Rythm is everything. This should set everyone into motion and kick off the week. Speaking of rythm: the whole process lasts about 20 minutes.

We perform this ritual each Monday morning. This timing gives us a nice bonus of switching ourselves from "week-end" mode to "work week" mode.

The Challenges of the week has become a cornerstone ritual that sets the mind into motion after the week-end and align each team member to its individual objectives. It indirectly builds motivation and allows everyone knows where each other stands, thus improving the team cohesion. 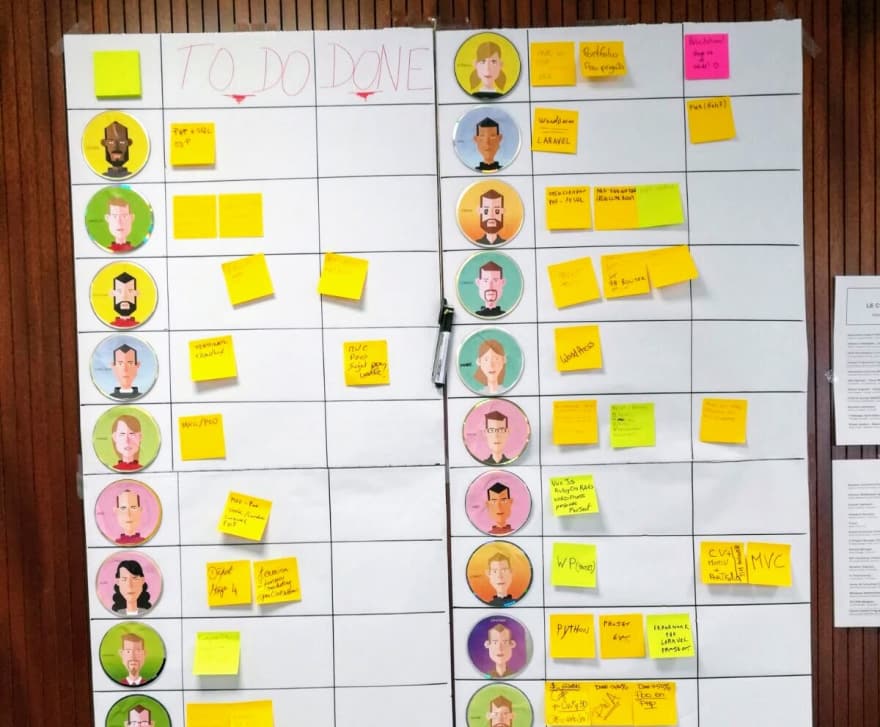 Here is the pimped-up board of the Swartz startup.

This is a simple ritual. Simple and effective when done seriously. Simple enough that, perhaps, you should try it. Unless you and your team uses another ritual? Feel free to share in the comments.

Once suspended, pixeline will not be able to comment or publish posts until their suspension is removed.

Once unsuspended, pixeline will be able to comment and publish posts again.

Once unpublished, all posts by pixeline will become hidden and only accessible to themselves.

If pixeline is not suspended, they can still re-publish their posts from their dashboard.

Once unpublished, this post will become invisible to the public and only accessible to Alexandre Plennevaux.

Thanks for keeping DEV Community 👩‍💻👨‍💻 safe. Here is what you can do to flag pixeline:

Unflagging pixeline will restore default visibility to their posts.