There are many configuration tools available in the market but Ansible has created its own popularity in this field.

Ansible is a powerful IT automation tool that you can quickly learn. It’s simple enough for everyone in IT yet powerful enough to automate even the most complex deployment.

Automation tools profit the IT industry a lot. 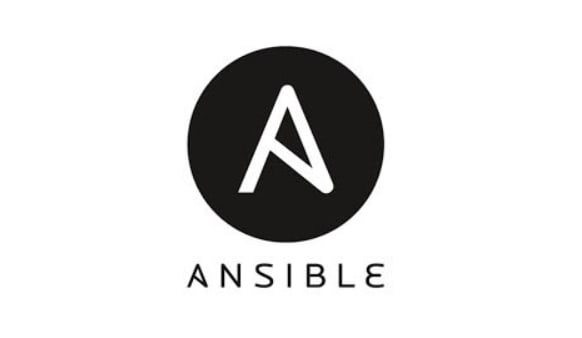 🎇If you are a system administrator or IT engineer you probably involved in doing a lot of repetitive task in your environment whether it be sizing, creating a new house or virtual machines every day, applying configuration on them, patching hundreds of servers, migration or even performing security and compliance audits. All of these very repetitive tasks involve the execution of hundreds of commands on hundreds of different servers. Smart people develop a script to automate these tasks but it requires coding skills and regular maintenance of this script and a lot of time to put this script together in the first place. That’s where the Ansible comes in the picture.Ansible is an open-source software that automates software provisioning, configuration management, and application deployment.

🎇 Let’s have a look at some of the terminology used in ansible:
Controller Node: Machine where Ansible is installed.
Managed Node: Managed nodes are also sometimes called hosts.
Inventory: Information regarding servers to be managed
Playbook: Automation script is defined using tasks defined in YAML format
Task: Procedure to be executed
Module: Predefined commands executed directly on remote hosts.

🎇Ansible works by connecting to your nodes and pushing out a small program called Ansible modules to them. Then Ansible executed these modules and removed them after finished. The library of modules can reside on any machine, and there are no daemons, servers, or databases required. 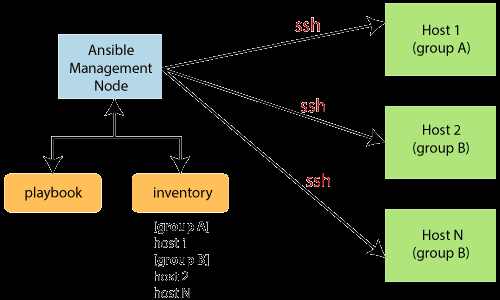 🎇The management node in the above picture is the controlling node (managing node) which controls the entire execution of the playbook. It’s the node from which you are running the installation. The inventory file provides the list of hosts where the Ansible modules needs to be run and the management node does a SSH connection and executes the small modules on the hosts machine and installs the product/software.When at the Management node we run YML files or ad-hoc commands. It internally connects with the target node using the SSH(Secure Shell) protocol for Linux. While running the playbook controller node gathers all facts about the target node.
Features Of Ansible

Free: Ansible is an open-source tool.
Very simple to set up and use: No special coding skills are necessary to use Ansible’s playbooks (more on playbooks later).
Powerful: Ansible lets you model even highly complex IT workflows.
Flexible: You can orchestrate the entire application environment no matter where it’s deployed. You can also customize it based on your needs.
Agentless: You don’t need to install any other software or firewall ports on the client systems you want to automate. You also don’t have to set up a separate management structure.
Efficient: Because you don’t need to install any extra software, there’s more room for application resources on your server.

Top Industries that are using Ansible. 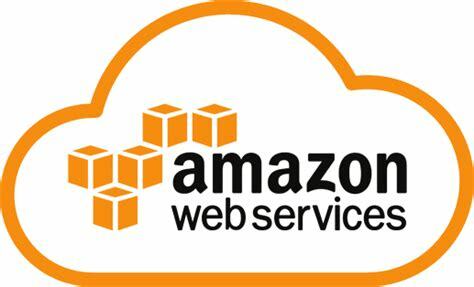 Why Companies Migrate To The Cloud?

Could Computing lets companies access servers like software over the internet. To make it clear, Cloud Computing is like plugging into a central power grid instead of generating your own power. Cloud has become the new normal and this ends up saving a lot of time and money.
Why Use Ansible for AWS?

Ansible is an open source tool that you can use to automate your AWS deployments. You can use it to define, deploy, and manage applications and services using automation playbooks. These playbooks enable you to define configurations once and deploy those configurations consistently across environments.

🎇Using Ansible to automate your applications in AWS greatly increases the chances that your cloud initiative will be a success. The breadth of AWS capability enables IT organizations to dynamically provision entire workloads like never before. To harness this power, IT organizations must effectively answer:

The answer is Automate with Ansible.

When you deploy an application into AWS, you will soon realize that the cloud is much more than a collection of servers in someone else’s data center. You now have a fleet of services available to you to rapidly deploy and scale applications. However, if you continue to manage AWS like just a group of servers, you won’t see the full benefit of your migration to the cloud. Ansible automation can help you manage your AWS environment like a fleet of services instead of a collection of servers. 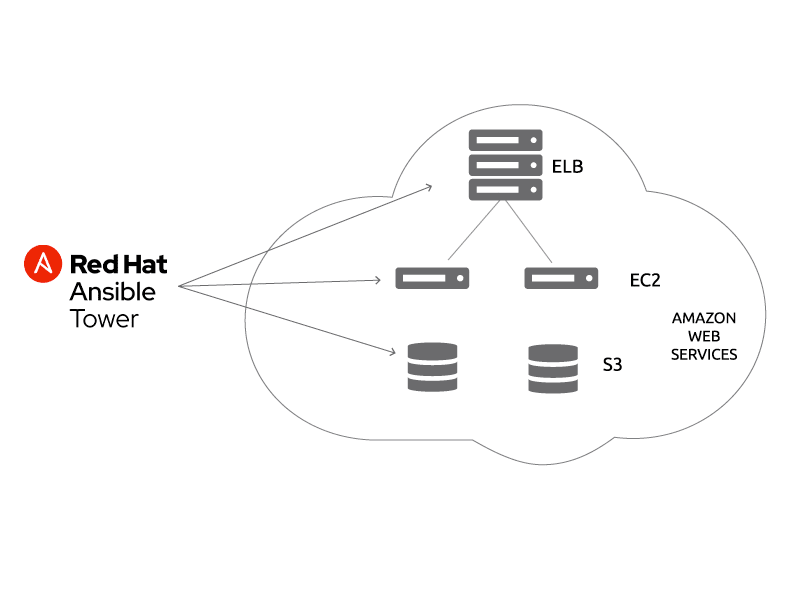 Ansible provides dynamic inventory and safe automation for AWS. That’s why Ansible is solving the many challenges as you have seen above.

With Red Hat® Ansible® Tower’s cloud inventory synchronization, you can know exactly what AWS instances you have no matter how they were launched. Simply enter your AWS credentials and your entire AWS infrastructure can be made available as resources to use in your Ansible automation jobs.

Misconfigurations are a major vulnerability in cloud environments, but automation can help you ensure that only permitted configurations are deployed. However, you don’t want everyone on your team to be able to automatically deploy anything they want.To prevent this, Ansible offers the Ansible Tower. Ansible Tower is a web-based UI that you can use to define role-based access controls (RBAC), monitor deployments, and audit events. It enables you to set and authorize user actions on a granular level. Ansible Tower also includes features for encrypting credentials and data.
Thank You SO Much for reading. That’s all… 😊

Why application containerization is important?

Getting started with Python based IaC using AWS CDK