This article explains a use case on how trees are useful for organizing hierarchical data and processing them using a recursive algorithm.
The source code is available at https://github.com/premchalmeti/clish_xml_parser

I recently started working with a virtualization products company that operates in enterprise data services. A virtual machine contains storage disks attached to it and these VMs collectively called storage clusters.

The clusters had an admin CLI(Command Line Interface) using CLISH(pronounce: see-lish) framework. My job was to create a safe CLI for users to execute mostly read-only commands. 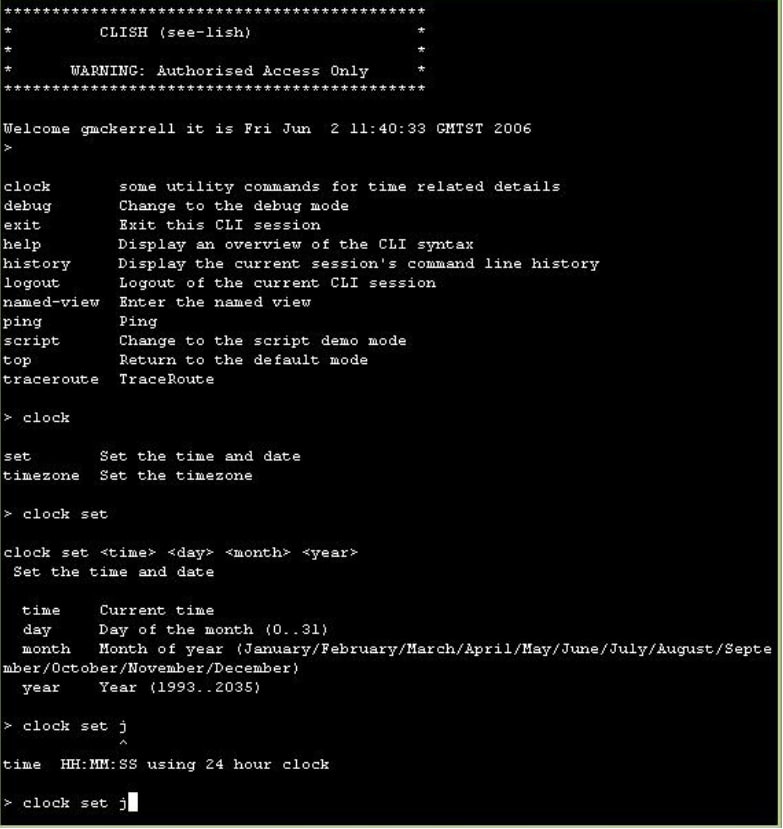 Let's explore the problem by taking an example,

In admin CLI, a network menu has all the commands like network show, network device add, etc.

In user CLI, a network module (user_network.xml) has only safe commands in it.
A safe command doesn't alter the state (configuration to be precise) of the cluster.

This safe command's definition is provided in a JSON schema file.

Now, the first step in the process of creating a CLI was to write a parser that does the following things.

However, we can not directly use the schema file for parsing. If you notice in the above XML file the CLI has a particular format to group related commands under a parent command.

In this case, if all child commands are removed (are unsafe) then the parent command has to be removed and so on till the root node.

Iterating a list of commands without any relation among them is difficult to operate on.

This stringent parsing requires the commands to be organized in a hierarchy then recursively process the nodes from bottom to up. (The image gives more idea).

We can tokenize each command and prepare a common general tree definition from the current schema file. We will refer to this tree as CmdTree. A general tree for the admin_network.xml constructed using the schema file looks below 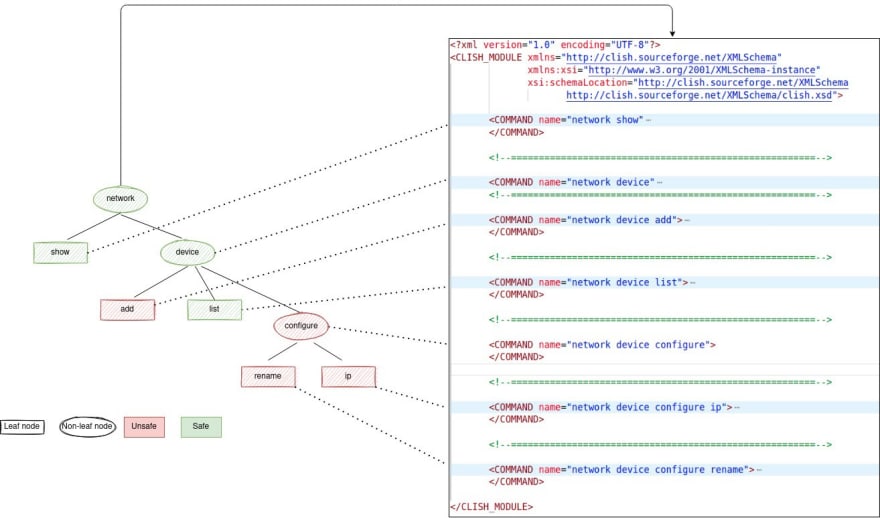 Each node in the above tree has a cmd token (network, show, device) and has some more metadata used while parsing.

Finally, we can now derive this recursive algorithm for parsing the XML.

Since this XML only contains safe commands after parsing. These XMLs can now be used for creating a safe CLI for the users.

The source code is available at https://github.com/premchalmeti/clish_xml_parser

The Broken Metric: Why Years of Experience is Meaningless in Software

Once suspended, premchalmeti will not be able to comment or publish posts until their suspension is removed.

Once unsuspended, premchalmeti will be able to comment and publish posts again.

Once unpublished, all posts by premchalmeti will become hidden and only accessible to themselves.

If premchalmeti is not suspended, they can still re-publish their posts from their dashboard.

Once unpublished, this post will become invisible to the public and only accessible to Premkumar Chalmeti.

Thanks for keeping DEV Community 👩‍💻👨‍💻 safe. Here is what you can do to flag premchalmeti:

Unflagging premchalmeti will restore default visibility to their posts.