Object-oriented programming is a method of implementation in which programs are organized as cooperative collections of objects, each representing an instance of some class and whose classes are all members of a hierarchy of classes united via inheritance relationship.

Object: An Object is an identifiable entity with some characteristics and behavior.

Class: Class is a user-defined data type, which holds its own data members and member functions, which can be accessed and used by creating an instance of that class. A class is like a template or a blueprint representing a group of objects that share common properties and relationships. 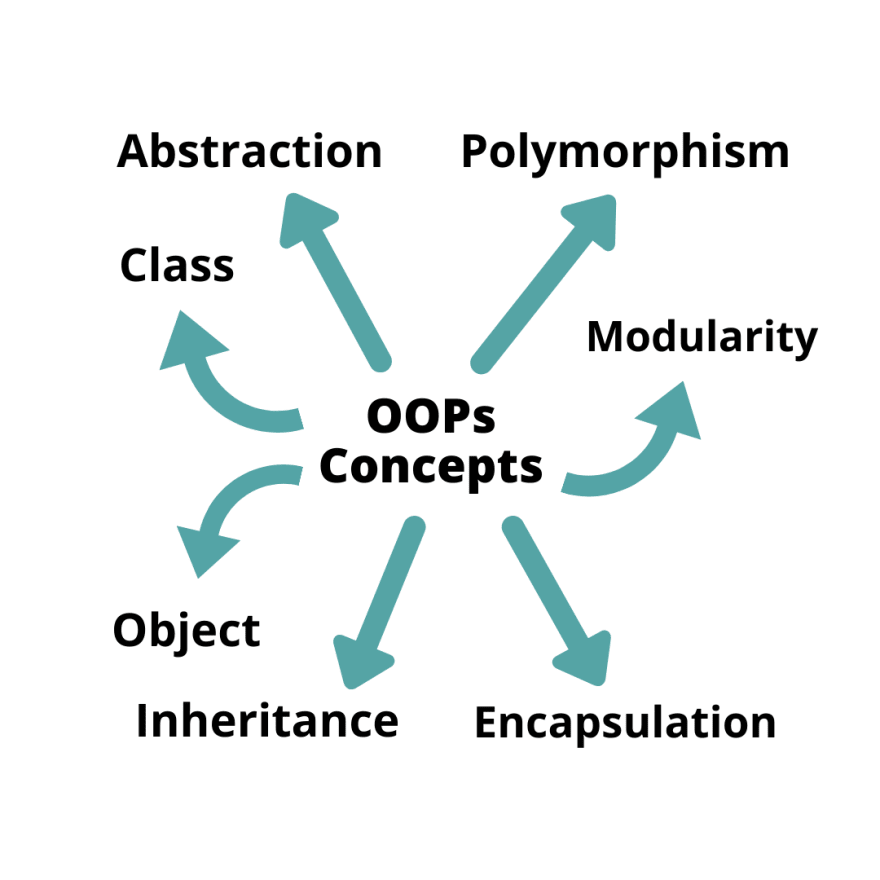 Abstraction refers to the act of representing essential features without including the background details or explanations.

Encapsulation is the wrapping up of data and operations/functions into a single unit (class).

Modularity is the property of a system that has been decomposed into a set of cohesive and loosely coupled modules.

Inheritance is the capability of one class of things to derive capabilities or properties from another class.

Polymorphism is the ability for a message or data to be processed in more than one form.