Off-course yes, it was easy to achieve with few commands.

Upgrading ember app it depends on whether the app having patch, minor and major version update.

Mostly in patch version update, internal refactors and bug fixes are introduced and also changes in dependency version in ember.

In major change update, breaking changes are introduced, So developers should ensure the deprecations before upgrade the app.

How to do an upgrade

As i said, it was easy and do the following

Codemod is a tool/library to assist you with large-scale codebase refactors that can be partially automated but still require human oversight and occasional intervention.

By running codemod, it overrides allover inside the ember app.

If you want to update specific version, run the following command.

If you want to revert the change, run the following command, it will get you back before the update. 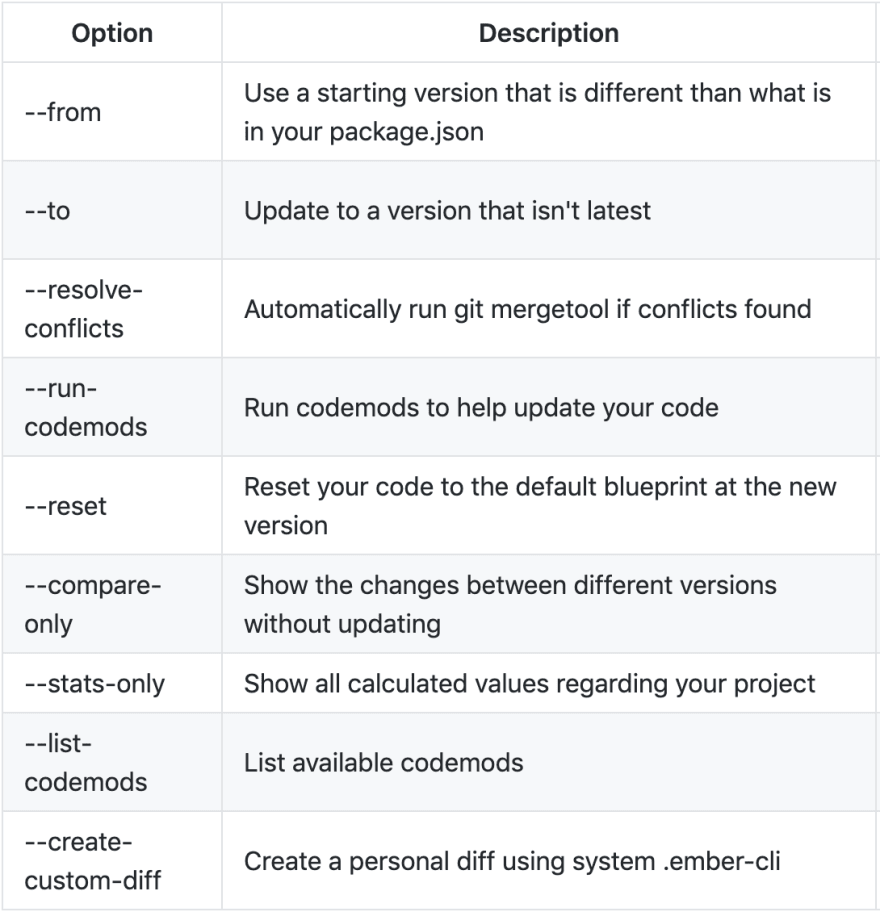 Hope you figure out the concept well. Thanks for reading.

Once suspended, rakchamp will not be able to comment or publish posts until their suspension is removed.

Once unsuspended, rakchamp will be able to comment and publish posts again.

Once unpublished, all posts by rakchamp will become hidden and only accessible to themselves.

If rakchamp is not suspended, they can still re-publish their posts from their dashboard.

Once unpublished, this post will become invisible to the public and only accessible to Ajith kannan.

Thanks for keeping DEV Community 👩‍💻👨‍💻 safe. Here is what you can do to flag rakchamp:

Unflagging rakchamp will restore default visibility to their posts.