You can keep reading here or jump to my blog to get the full experience, including the wonderful pink, blue and white palette.

Sure, it would be best to have an expert tester on the team. Still, not having one should not mean disregarding manual testing. If you are reading this article, I bet you are not a chef, but you manage to eat every day. Instead, we should enable everybody to perform manual testing. Even if the team can count on a dedicated tester.

Some years ago, I was exposed to an equally simple and powerful idea: verification steps. 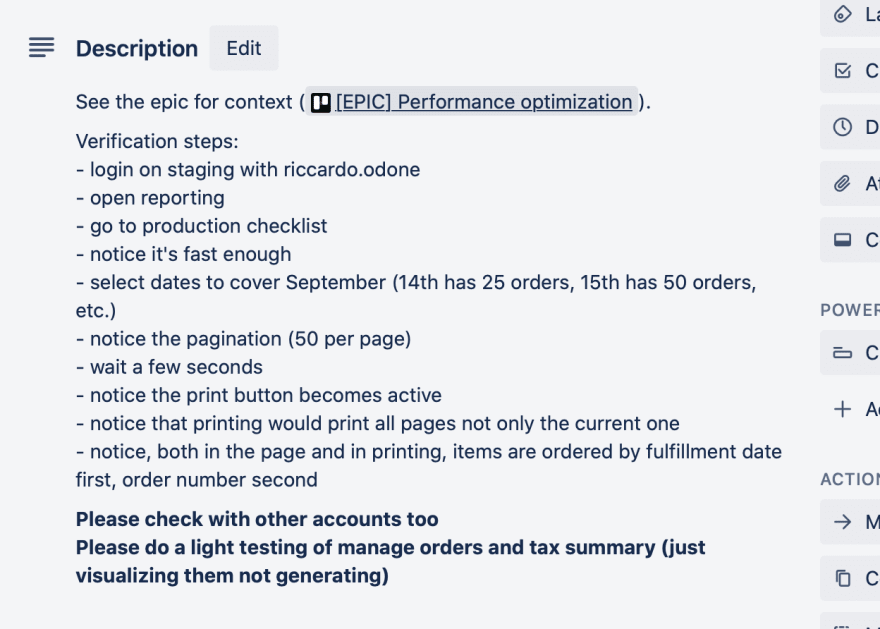 Verification steps provide guidance on how to verify a feature implementation. They look similar to a description of how to reproduce an issue in a bug report. They don't come with a 100% save-ass guarantee, but the list of benefits is long, and it's not limited to finding bugs:

Get the latest content via email from me personally. Reply with your thoughts. Let's learn from each other. Subscribe to my PinkLetter!

Why I Get Up at 4am Every Day

Once suspended, riccardoodone will not be able to comment or publish posts until their suspension is removed.

Once unsuspended, riccardoodone will be able to comment and publish posts again.

Once unpublished, all posts by riccardoodone will become hidden and only accessible to themselves.

If riccardoodone is not suspended, they can still re-publish their posts from their dashboard.

Once unpublished, this post will become invisible to the public and only accessible to Riccardo Odone.

Thanks for keeping DEV Community 👩‍💻👨‍💻 safe. Here is what you can do to flag riccardoodone:

Unflagging riccardoodone will restore default visibility to their posts.