I wanted to create an authentication system for my Rails API, but one thing about APIs (with no client) is that you can't use sessions or cookies for authentication.
So instead, I used the gem devise_token_auth, which uses tokens. Put simply, this is how it works: when you make HTTP requests to sign up or log in, the response headers give you authentication tokens, which you send in subsequent HTTP requests' headers to prove that you're authenticated.

While the official docs provide most of the information you need, there were a few points that I found confusing so I'm leaving this article for future reference. Hope it helps!

Note: Guide is for Linux or MacOS.

Please also feel free to check out the bare-bones repository I created, as a proof of concept for how to use this gem.

Add the following to your Gemfile, then run bundle from your command line:

Execute this from your command line.

This will do many things, including:

For the exhaustive list of what this command does, check out the docs.

According to Rafael's comment below, it's now necessary to add extend Devise::Models to the User model file generated here. Details can be found in this Github issue.


Hi!
Nice post, only add below statement: "extends Devise::Models" to begin User's model, after devise_token_auth install. This to rails version 6.

something else is ok :)

Run rails db:migrate in your command line to apply the migration file that was created in step #2, which probably looks something like db/migrate/YYYYMMDDTTTT_devise_token_auth_create_users.rb.

Go to your config/initializers/devise_token_auth.rb file (also created in the rails g command in step #2).

Again, the docs have the complete list of configurations you can make, but to give an example:

By default, the authorization headers change with each request. This means that you would get back new tokens with each request, and you would have to send back different tokens each time. I wanted to be able to keep using the same tokens, so I turned it off by setting it to false.
Reusing your tokens is not the best security practice, so it may be better to use fresh tokens each time in production.

Rails controllers have pre-set measures against Cross-Site Request Forgery (CSRF) attacks. This involves comparing tokens in the rendered HTML to tokens that Rails stores automatically in your session, but for APIs, we have no sessions and will use our own tokens so it's unnecessary (explained here).

It's important to remember that XML or JSON requests are also affected and if you're building an API you should change forgery protection method in ApplicationController (by default: :exception)

So go ahead and disable forgery check for JSON format requests, in app/controllers/application_controller.rb.
Note: Only do this if all your requests come in through your API.

6. Try signing up a user

Now, let's try signing up a test user. Boot up your Rails server from the command line with rails s, and send a HTTP POST request to localhost:3000/auth/ (or your custom route) with the following parameters.

It should return status 200 - success. Now your authentication system works!

7. Add authentication to your controller

Next, add a line in the respective controller file to make authentication necessary. For example, let's say we're building an API for a database that stores information on books. We have the file books_controller.rb for adding or deleting books from the database. We want to authenticate the user before they add or delete entries.

Now, any time you send a HTTP request to any methods in your books controller, an error will be returned unless you're authenticated.

I mentioned earlier that the HTTP request for signing up users is a POST request to localhost:3000/auth/. As for the full list of methods (e.g. logging users in/out, and changing their passwords), please refer to the docs. You can see what request type, route, and parameters are required.

The required token categories are:

I wanted to also discuss tips for testing, but since this is getting long, I will write that in a separate post. Thanks for reading :)

Here is the article on testing! 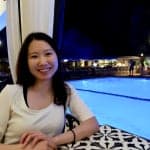 Tips for testing: Authentication with devise_token_auth in Rails API

It seems like the trackable module was dropped from the devise gem, which devise_token_auth is based on. So the default configuration in the User model, which includes :trackable, is likely to raise an error like this: NoMethodError: undefined method 'current_sign_in_at'.
For details on how to resolve this, see the links below:

Bootstrapping with Ruby on Rails Generators and Templates