Tldr; (What is the series about)

This post is an introductory post to a series that will describe my journey to analyze and learn how the keyboard backlight driver on my laptop works, and then re-implement it on my own. I wanted a place to dump my thoughts and different things I try, and learn in the process.
This post is just an intro to the series, if you're looking for the actual action, head over to the next post in the series!

I recently upgraded to a new laptop (HP Omen 15-en0037AX). The laptop has a four-zone RGB LED backlight on the keyboard. Like most laptops that ship with such a keyboard, the manufacturer shipped a preinstalled app (Omen Light Studio) on windows to customize the various lighting modes on the keyboard. 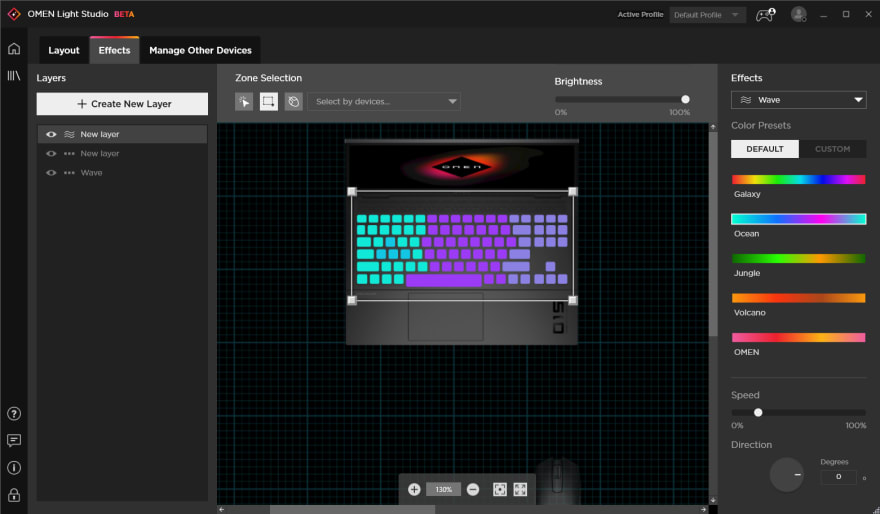 Unfortunately, this app is only available for Windows, which is a problem, as I am primarily a Linux user.

Since I have always been interested in cybersecurity and have taken part in multiple CTF (Capture the Flag) events, I have a basic understanding of how to Reverse Engineer C/C++ binaries using tools like Ghidra but have never reversed an actual real-life application. In this series I want to (hopefully) achieve two things:

This series is going to be me documenting all my approaches (right or wrong), and also explaining various concepts I learned in the process. Currently, I have no idea where this will lead to or what tools/languages I need to know/learn, but all that begins from the next post. See you there!

Rishit Bansal
Powering live-video calls @dyte-io (https://dyte.io) Find me on github: (https://github.com/thebongy) Discord: thebongy#1218
How JWTs Could Be Dangerous and Its Alternatives
#webdev #security #computerscience #beginners
Do you take notes? The story of a Notetaker
#beginners #codenewbie #career
Music Monday — What are you listening to? (Classic Rock Edition)
#watercooler #music #discuss

Once suspended, rishit will not be able to comment or publish posts until their suspension is removed.

Once unsuspended, rishit will be able to comment and publish posts again.

Once unpublished, all posts by rishit will become hidden and only accessible to themselves.

If rishit is not suspended, they can still re-publish their posts from their dashboard.

Once unpublished, this post will become invisible to the public and only accessible to Rishit Bansal.

Thanks for keeping DEV Community 👩‍💻👨‍💻 safe. Here is what you can do to flag rishit:

Unflagging rishit will restore default visibility to their posts.