After three blogs on box-shadow this is about the best application of box-shadow that is NEUMORPHISM (aka Neomorphism).
Neumorphism is a design trend which is very famous among developer since December 2019. It is a new Skeumorphism. Also the name suggests New + Skeumorphism. Okay let's not waste time in name.
Neumorphic designs are real looking designs, this design looks far better then those super flat designs. Neumorphic designs gives us some 3d feel and also looks cool.!!

Let's have a look at some neumorphic designs 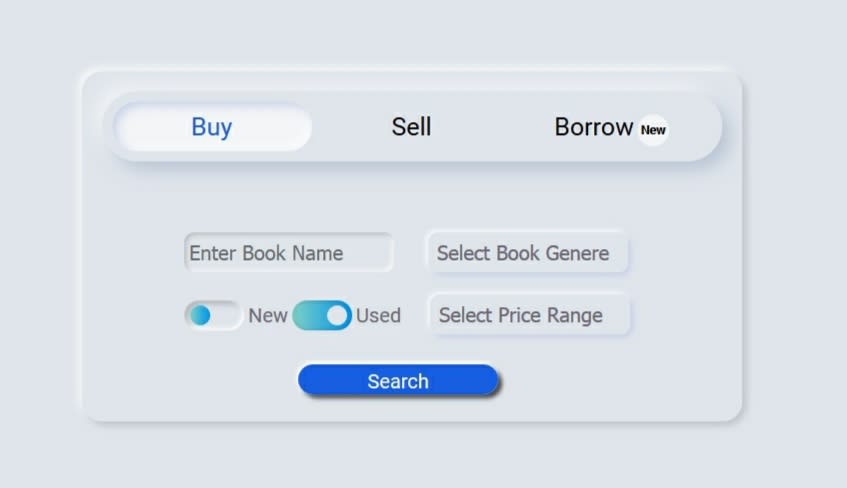 Some points you should keep in mind

The colors used in most of the neumorphic design are generally observable close to white. According to me if your neumorphic design is made using bright colors then it will look amazing although some design are better with dark color but I will go with bright this time.

The corners are generally rounded to give it a better look. Rounded corners or circular elements looks much better in neumorphism

The elements in neumorphic designs have two shadows one is dark and the other is bright.

In your designs if there are neumorphic cards then it will look amazing.

Let's make a basic neumorphic design to understand it better

As you can see that we have given the inner-container a bright color so its easy for you to see the changes.

Now we will give inner-container the color same as that of container.

Remember :- In neumophism we give the element same color as of the main background or a very slightly different color.

As you can see now it seems impossible to differentiate between inner-container and container.

For better differentiation let's give it some border.

Now you can easily differentiate between inner-container and container.

Giving it the darker shadow first. We will pass smaller values of X and Y offset and double value to the blur-radius and also we will keep the intensity of shadow lower.

So as the result of this we will find shadow on the bottom and right side of our inner-container.

Now we will be giving it the brighter shadow. We will pass similar values which we passed in the darker-shadow but with the negative values of X and Y offset in the same shadow. We will give slightly greater intensity to the shadow.

So as the result of this we will find shadow on the top and left side of our inner-container.

So here is our first very simple Neumorphic design.

As I said earlier circular designs looks much better in neumorphism. So let's try making it circular by making border-radius to 50% and also slightly increasing the shadow values.

So that's it for now, I don't want to make it lengthy. So I have decided to write separate blogs on designing some necessary neumorphic designs. Until then you can check my pens at CodePen here I have some awesome work done with Neumorphism.

Please feel free to share your views about it.