Yes!🤔 This question might confuse every beginner whenever they are thinking of to starting a new journey here.
So, if you’re one of those enthusiasts here's my article to help you getting started with android app development.

Mobile development is a broad field and therefore this means there are multiple ways to develop an application i.e this question has more than one answers. Basically the whole mobile development community works on two fronts, one is Native development and Cross-Platform development 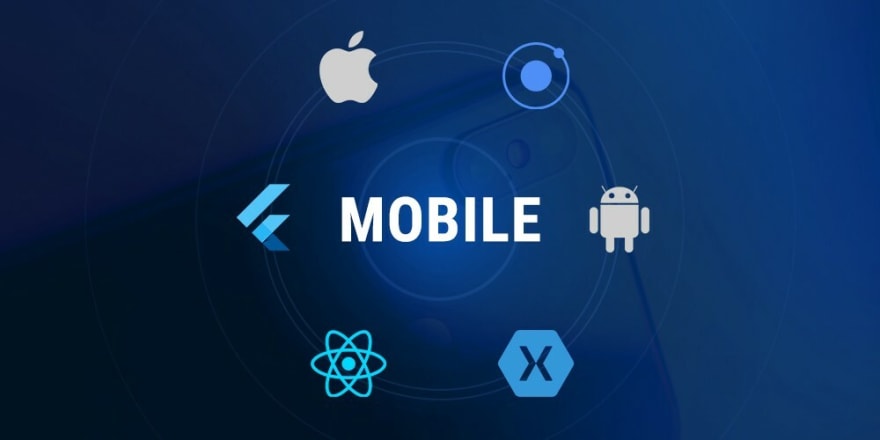 By Native Development it means that is built for one specific platform. Hence written in languages compatible with the platform For instance, native Android app run on Android OS only Whereas native iOS apps run on iOS only.
With Cross-platform Development one's can write code once and run on different platforms. Hence specialized tools are taken into service, can run on both iOS and Android platforms.

So, keep this Native vs Cross-Platform for some others day topic
However this blog is focused in Native way of Android development

For the languages, you can develop android apps either by using Kotlin or Java, Hence another confusing part for beginners.
You need to learn basic of any programming language before getting started with android such as OOPS and other such underlying concepts

As time is changing the companies are shifting to Kotlin. Hence its most preferred since it offers a lot as compared to Java. Google also offers a lot of support to Kotlin, like many new Jetpack APIs and features will be offered first in Kotlin.

BUT for beginners in android with no experience with any line of codes or any other programming language first learn Android development inJava, then switch to Kotlin.

To recap, XML describes the views in layout, and Java/Kotlin tells them how to behave.
Its not needed to learn in depth beforehand you can learn along the way.

There are many IDE available for development,but
It’s unquestionably the best IDE (Integrated Development Environment) for Android
Android Studio is a must have for both the beginner and experienced Android developer. 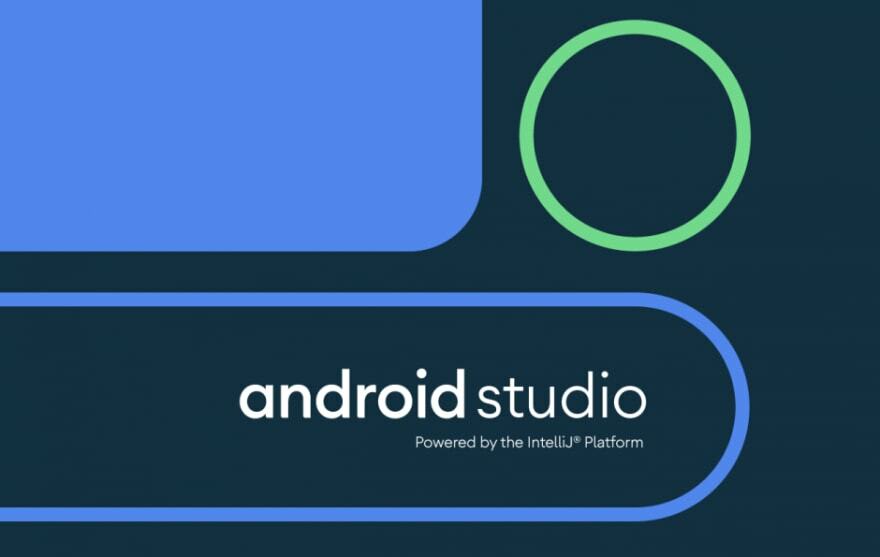 After just understanding the basics of the above listed ,it is now time to get your hand dirty. Hence just install Android Studio and start developing an app, As Practice together along with theory is one of the best ways of learning.

One of the important skill as an android developer is of reading and searching for answer ,For development Android provides the most important and incredible documentation:-
Android Documentation

You won’t understand and remember everything for the first time, ones has to browse this sites millions time and each time you will become one step better version from your previous

Here's the link of bunch of resources you can go through
1.Android basics in Kotlin-Free course by Google , you'll learn the basics of building Android apps with the Kotlin.
2.Developing Android Apps with Kotlin - Its an Udacity course by
Google.
3.Android Basics: User Interface -Learn the basics of Android and Java programming this courses doesn't require any prior knowledge in coding. One with no experience with any lines of code can also start here
4.Android codelabs - Its practical codelabs course by Google,finds a lot of helpful examples.

NOW ,this section is once you have started Android development and getting familiar, too with some Techincal terms
List of some important terms which you will find along the way - 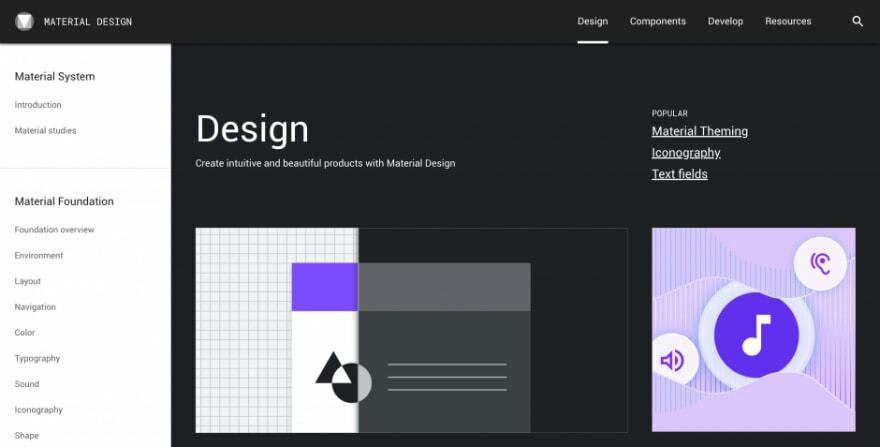 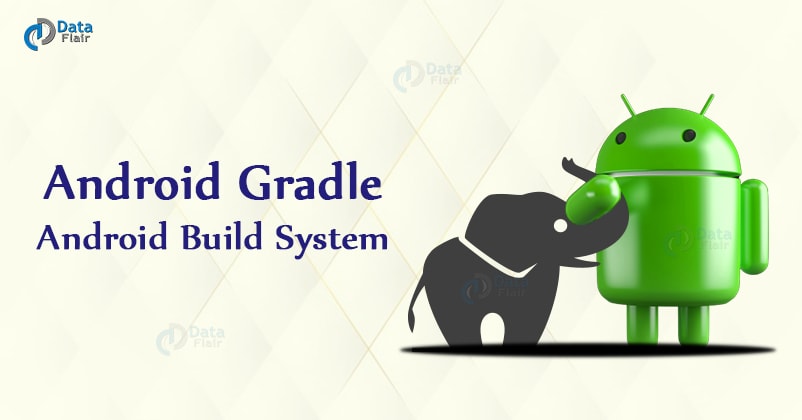 5. AND there is many more

This list don't ends here ,
When one picks up a career in tech they commit themselves to lifelong learning, and one thing for sure you will love it , as these technologies there only to help you and make your app developing process easier. 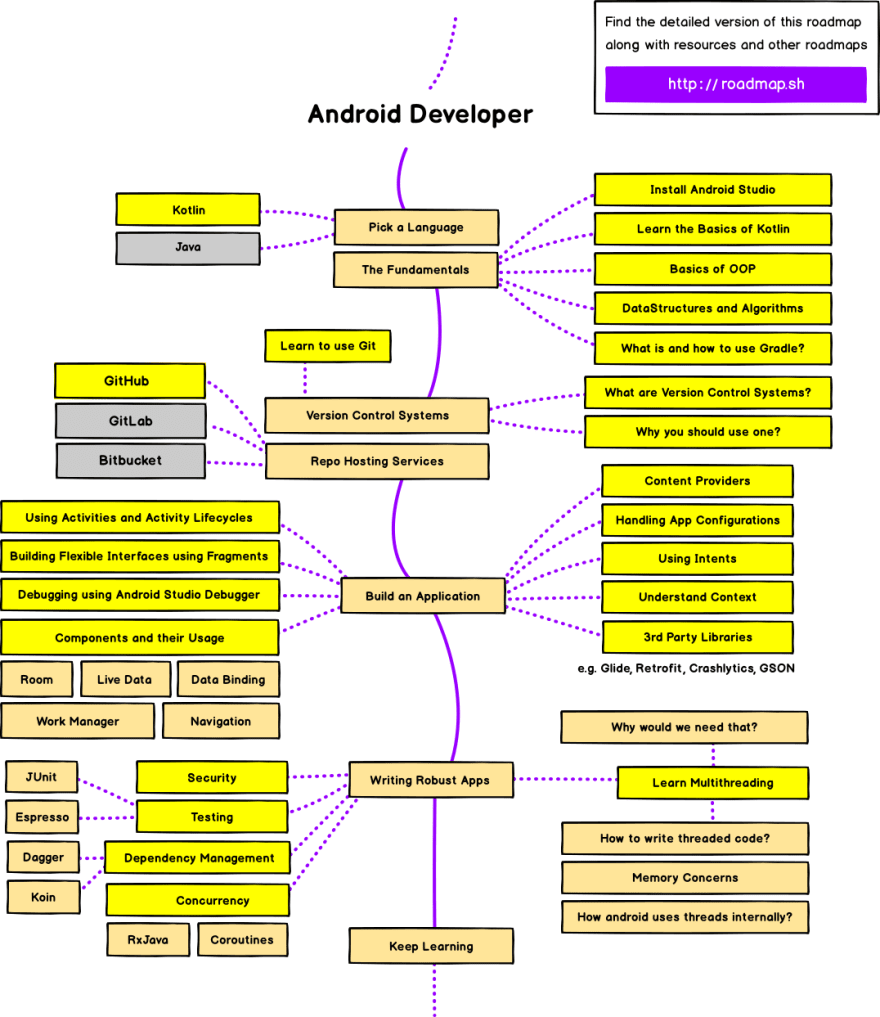 Remember to not be exhausted by the list, just learn the basics and start working on some project, rest of the learnings will come along the way. Good luck!

Personal Tips -If you want to start then, one of the best habits is that start reading articles regarding the application development.

Now we came to an end of the article
I hope you found this article valuable. If yes do let me know in the comments 😊

Once suspended, rohitk570 will not be able to comment or publish posts until their suspension is removed.

Once unsuspended, rohitk570 will be able to comment and publish posts again.

Once unpublished, all posts by rohitk570 will become hidden and only accessible to themselves.

If rohitk570 is not suspended, they can still re-publish their posts from their dashboard.

Once unpublished, this post will become invisible to the public and only accessible to ROHIT KUMAR.

Thanks for keeping DEV Community safe. Here is what you can do to flag rohitk570:

Unflagging rohitk570 will restore default visibility to their posts.