Like many software engineers, I have a hobby project. It is the website ninjawars.net, launched around 2003 and I have been hacking on it and releasing new features for decades.

Since I engineer web apps professionally full-time since 2007, and mainly work in React and serverless AWS these days, I am working on converting the existing app & browser-based-game over into React, using serverless Amplify. Here is a glimpse of the legacy version 1: 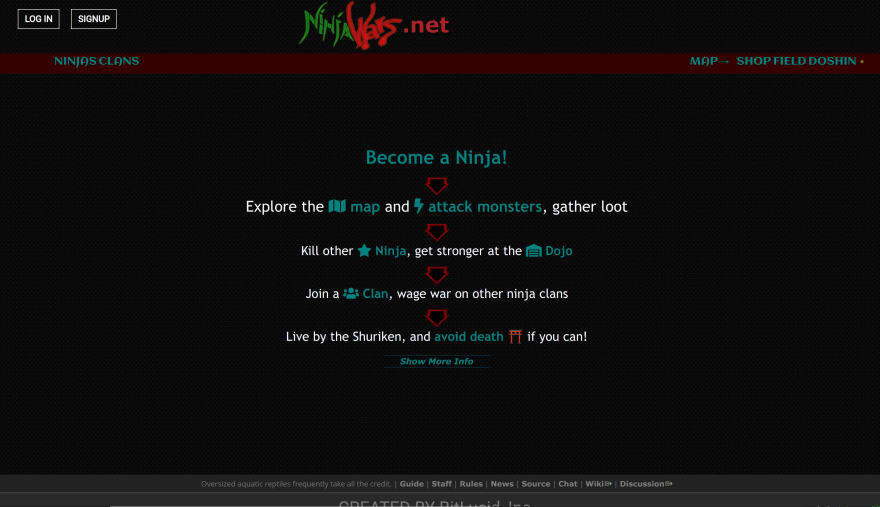 On a subdomain of the site, I am developing a React + Amplify (+ DynamoDB + Cognito + Lambda) replacement for the PHP + jQuery + Postgresql legacy app. Here is a snapshot of the React based site's homepage (allowing for a more mobile-friendly layout, and using Material-ui as a base for component based development). 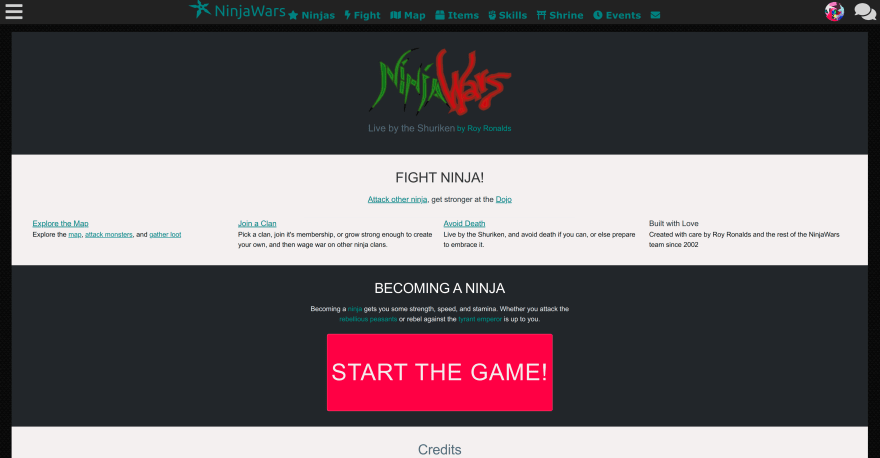 There are a lot of features, functionality, and behavior to replace, and the paradigms of the current (EC2 hosted) site and a serverless lambda approach couldn't be further apart. Here, for instance, is a snapshot of a bit of the content that has to be replaced:

...which involves a lot of heavy-duty back-end behavior. Attacking other ninja, for example, triggers a combat round game loop that pulls in a wide variety of contributing factors. You can use items, combat skills, and in the traditional jrpg sense clash hitpoints against hitpoints.

Combat could be a single round, or it could be tens of rounds with different items/skills taken into account for each.

In a traditional monolith, this all is par for the course. You may write your UI as a view, but you put a lot of logic into controllers, in part because the ui, the routing, and the core logic are intertwined. This has it's pros and cons:

Nowhere to Go But Forward

If the two approaches fight, in the end serverless wins, if nothing else then because the paradigm of the web has shifted. What was standard in 2003 (a monolith), begs for a different approach in 2021 (say a static front-end and thin-sliced microservices). In future articles I will go through this process more, comparing monolith to micro, and get into how to stay motivated for the process as a developer and how to help users survive the process when there may be two split codebases. One part of that process is using the strangler-fig pattern (strangler fig pictured): 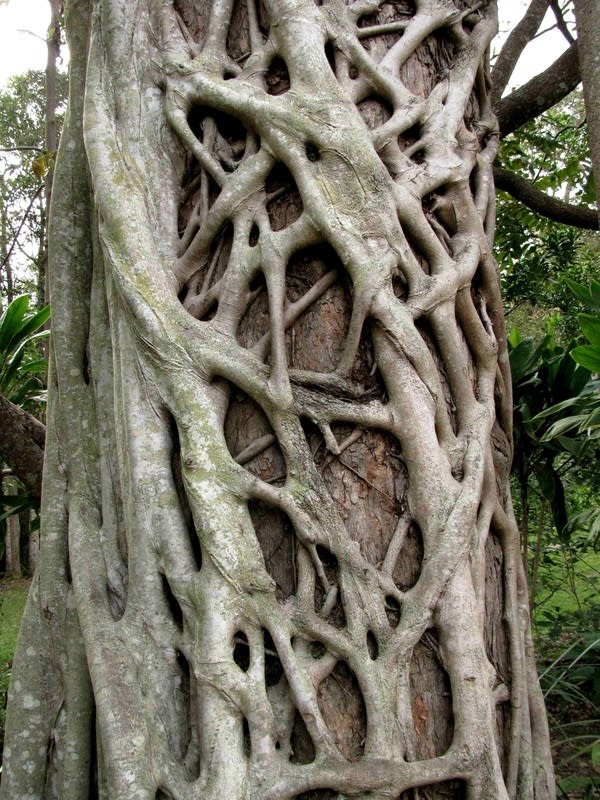 The strangler fig pattern allows slowly strangling out the legacy monolith in favor of the refactor, but without a sharp switch-over. I'll get into how I am going about that with ninjawars 2 in later parts of this article. See you there.

Component development with ladle and next/image

Once suspended, rrsai will not be able to comment or publish posts until their suspension is removed.

Once unsuspended, rrsai will be able to comment and publish posts again.

Once unpublished, all posts by rrsai will become hidden and only accessible to themselves.

If rrsai is not suspended, they can still re-publish their posts from their dashboard.

Once unpublished, this post will become invisible to the public and only accessible to Roy Ronalds.

Thanks for keeping DEV Community 👩‍💻👨‍💻 safe. Here is what you can do to flag rrsai:

Unflagging rrsai will restore default visibility to their posts.