So, recently, mostly because of the quarantine, i started of a 10 year old Sony Viao (i3, 4Gb ram). It had a windows 7 but since the past 4 years, nobody had even touched the lid of the laptop.

so it was in this state when it booted up: 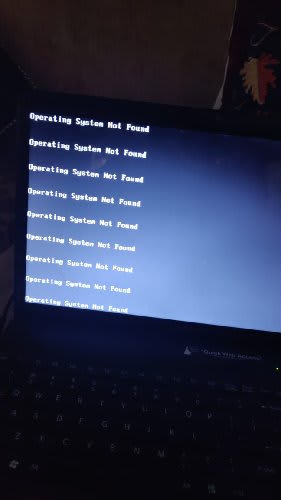 So, to give it a new life i was searching for linux systems that run on slow spec old laptops, and give the best results. I personally used lubuntu for my laptop.

As the name suggests Linux Lite is a lightweight Linux distro that does not need high-end hardware to run it. Even a beginner will be able to use it on older computers easily. Linux Lite is based on Ubuntu LTS (Long Term Support) releases.

Even though it’s a lightweight distro – it comes baked with some essential tools.

For instance, you may find Firefox for web browsing, Thunderbird for emails, Dropbox for Cloud storage, VLC Media Player for Music, LibreOffice for office, Gimp for image editing and Lite tweaks to tweak your desktop. (this can change depending what version you’re using).

Considering that it is based on Ubuntu, you’ll have plenty of support and resources available online as you can follow the Ubuntu tutorials.

In fact, it is one of the official flavors of Ubuntu.

Lubuntu supports older computers that have been buried (Just kidding! You can also use Lubuntu on modern hardware). Lubuntu is one of the lightest derivatives of Ubuntu so it specializes in speed and the support for older hardware.

Arch Linux can be as compact and speedy as you want. In fact, some Arch Linux users have replaced all graphical applications with their CLI equivalents to prove to themselves that pretty icons and visual effects are overrated. Needless to say that an operating system without any graphical applications can run on virtually anything, including your old laptop.

With Arch Linux, you have the freedom to create the operating system that best fits your needs, but you should be ready to work for it. The Arch Linux Wiki is your best friend as it explains everything from the installation of the distribution to its configuration.

It has an interface mostly like windows it it would be easier for people not used to linux environments to shift to it.

We, however, recommend the Xfce edition, which offers a nice middle-ground between the performance of Lubuntu and the polish and features of Cinnamon or Gnome. Linux Mint’s configuration of Xfce is especially skillfully made, featuring sane defaults in combination with a well-rounded selection of applications and third-party drivers and codecs, provided you choose to install them.

Ubuntu MATE is an impressive lightweight Linux distro that runs fast enough on older computers. It features the MATE desktop – so the user interface might seem a little different at first but it’s easy to use as well.

In addition to the desktop support, you can also try it on a Raspberry Pi or Jetson Nano.

Choosing a linux distro is mostly a personal choice that for the work you need to do. I use Manjaro as a daily driver, it is arch based and has a good enough user community. Also, it is always good to use opensource! :)

The Complete Python Developer in 2022 - Zero to Mastery

Aarush Bhat
Hi there! My name is Aarush, on the internet as sloorush and I'm a Computer Science Undergrad.
Sending type-safe HTTP requests with Go
#go #webdev #programming #opensource
Should I search for a job, and then move? Or move and then search?
#discuss #anonymous #career
rm command removes the file, really?
#linux #cli #shell #shred