Video games, like all art forms, can help us reflect, make us think, and often improve our lives in ways we didn’t expect. I’ve found numerous times that qualities such as hand-eye coordination, problem solving and resource management can be developed while playing video games. As a gamer, I have a fondness not just for the big releases, but also games that languish in obscurity. Without further ado, I present three games far outside the mainstream that I really enjoyed and also provided me with insight into becoming a better web developer. Be warned, there will be spoilers, since it will be hard to discuss these games and their relation to web development without them.

Save the Date: Futility and Hacks

An experimental freeware game for the PC, I’ll wager that very few people have heard of Save the Date, let alone played it. I saw a recommendation for it while unemployed (and therefore unable to purchase new games) and tried it out. To my utter surprise, it was incredibly thought provoking. The basic premise is that you’ve got a date. You’re given a few options on where to take her, and inevitably it goes horribly wrong, such as getting caught in a shootout and your date dying horrifically. You get sent back to the start and make a different choice, but something new happens, like a monster attack that leaves your date drowned. Eventually, after a lot of attempts to save her life, you get to the ending, and realize that maybe you can’t save the date after all. A meteor hits, and you’re back to the beginning again.

I love ambiguous endings in games, and I love ones that examine the idea of futility. No matter how hard you try to “solve the problem” you are hit with new challenges until you realize that maybe you can’t win. This is a life lesson that absolutely resonates with me as a web developer. I do not like to admit defeat. Sometimes, though, a project fails, whether its your fault or a total accident, and learning to accept failure is a big part of life, let alone web development.

Here’s a really big spoiler: if you go into the code of the game, there’s a secret ending. A readme explains the very tiny code change you have to make to enable it. It’s a hack. You get a secret ending, one that ultimately is laughable and silly (think a flying unicorn that saves the day out of nowhere) and not fitting at all. But it doesn’t fit because it’s literally a hack. Sometimes in web dev, no matter how hard you try, the answer is to use a known hack. In CSS, if you use a border-radius on an element with a double border, you’ll get color bleed. This is well known, and the hack to fix it works…if you don’t want a border. So it’s not an ideal hack! But sometimes less than ideal is what you’re stuck with, and that’s true in life as well as web development—and in Save the Date. 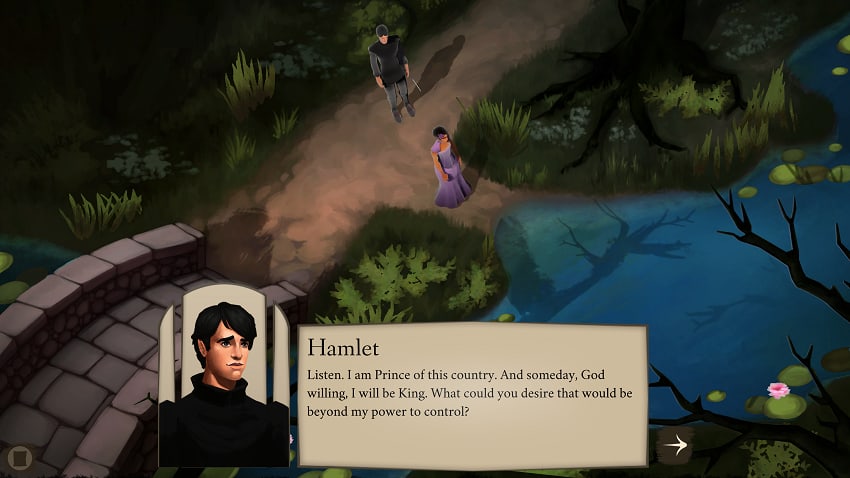 Elsinore, recently released on PC, is my favorite game from 2019 so far. You play as Ophelia, the character from Shakespeare’s Hamlet. Ophelia wakes up on the first day of the play to find she’s trapped in a time loop. You can let the play run it’s natural course, or you can intervene and make small changes that alter the fabric of the play altogether. Eventually you can control time better, restart the play when you want, and learn more about the world and the characters. There are over ten different endings, and when you decide to finally make your choice, the game makes it clear that your decision is indeed final. In fact, once you decide and hit the button that selects the ending, your save file is deleted! Elsinore states unequivocally that there is no perfect ending and that there will always be consequences for our choices and sacrifices that must be made.

In web development, I haven’t found a project yet that didn’t require some sort of sacrifice. It’s very tempting to try and find a "golden ending" but often the best you can do is to gather all the requirements, see the logical outcomes of the choices you can make, and then forge ahead with a decision. If you get hung up on trying too many options or trying to fit everything in, then you’ll either run out of time, run out of resources, or end up with a half-finished project. We’re lucky in our field that “final choices” often don’t have to be final. I can upload the new website I just built and if something small is wrong, I can likely fix it really quickly. But sometimes we do have to live with our choices and hope that the sacrifices we made were the right ones, and Elsinore reflects that beautifully. 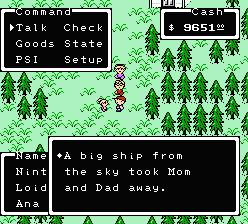 As a massive Nintendo fan, I had to have one of their games on here. Maybe you’ve heard of Earthbound, the Super Nintendo RPG set in the 1990s? Well this is the originally Japan-only prequel on the Nintendo Entertainment System in 1989 that eventually got released in the wider world on the Wii U in 2015. Talk about obscure! But this game, as old and somewhat antiquated as it, has plenty to teach us as web developers.

Earthbound Beginnings stars a crew of elementary aged children, Ninten, Ana, and Loid, as they explore world with exploding robots, gangster zombies, a fantasy land made of clouds, and a creepy alien who is kidnapping people. It’s a big game, especially for an NES game, and it follows classic Dragon Quest style RPG mechanics. One of the most notable things about the game is the reliance on grinding as a function of the game. The end part of the game is so notoriously unbalanced that to get through it you have to battle enemy after enemy in order to get strong enough to beat the game. This is a legitimate flaw with the game, and one that has turned many people off of it. Grinding, however, is often what is done day to day at work. We even call work “the daily grind.” In web development, often I can find myself throwing myself at a project again and again trying to get it to work, or fit the requirements. Some days it’s pure data entry—fill out this page in Drupal, make it look like this, create a form with these capabilities, etc. These are the days that most feel like a grind. And like grinding in Earthbound Beginnings, I find myself often listening to podcasts or music and just pushing through.

One of the other quirks of playing an old NES role-playing game like Earthbound Beginnings is that often the key to move forward from one area to another can be totally obtuse. Or maybe the dungeon you entered is a literal maze. Or maybe you have to have someone in your party before you can move forward. There a plenty of secrets and a massive world to explore, so sometimes you need help. Starmen.net has a fantastic guide to the game that I used liberally in making my way through. I would never have had the patience to make it through the game without using that guide. Similarly, there have been plenty of times that I needed a guide while working. If I didn’t have the Drupal Form API documentation available, I never would have been able to craft a custom module solution for my employer. Without CSS-Tricks or Stack Overflow, I’d be still stuck on basic problems that plenty of others have solved. Even Drupal Themes are easier to build if you have another one to build off of. There’s no shame in using resources at your fingertips to make a task easier—even if that task is a forty year old video game! I did end up finishing the game, and while it’s not my favorite in the series (that’s Mother 3, the unreleased Earthbound sequel) it still gave me a lot to think about and also had fantastic music.

So was this all an excuse to discuss some of my favorite and underappreciated games? Perhaps. But it’s also important for me to look at my hobbies and the media I find meaningful and see where some of the things I’ve learned or taken away can apply to other areas of my life. If you have a game that inspired you in some way, let me know below!

Once suspended, ryancmcconnell will not be able to comment or publish posts until their suspension is removed.

Once unsuspended, ryancmcconnell will be able to comment and publish posts again.

Once unpublished, all posts by ryancmcconnell will become hidden and only accessible to themselves.

If ryancmcconnell is not suspended, they can still re-publish their posts from their dashboard.

Once unpublished, this post will become invisible to the public and only accessible to Ryan McConnell.

Thanks for keeping DEV Community 👩‍💻👨‍💻 safe. Here is what you can do to flag ryancmcconnell:

Unflagging ryancmcconnell will restore default visibility to their posts.