One-dimensional pictures are those containing only one dimension. This is only possible when you're dealing with a line, as the only dimension you have is length, defined by a single array.When data objects are stored in an array, individual objects are selected by an index that is usually a non-negative scalar integer. Indexes are also called subscripts. An index maps the array value to a stored object. There are three ways in which the elements of an array can be indexed:

The two dimensions depicted are length and width and the objects on the picture are flat. one of the examples of 2D images are gray scale images, a kind of black-and-white or gray monochrome. 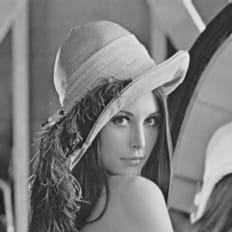 Three-dimensional pictures contain yet another dimension can be a color image. Information in 3-D coordinates can also be objects that have less than three spatial dimensions and in which the third coordinate describes another property, such as time, color or a color channel.

Once suspended, sairajesh will not be able to comment or publish posts until their suspension is removed.

Once unsuspended, sairajesh will be able to comment and publish posts again.

Once unpublished, all posts by sairajesh will become hidden and only accessible to themselves.

If sairajesh is not suspended, they can still re-publish their posts from their dashboard.

Once unpublished, this post will become invisible to the public and only accessible to Sai Rajesh Vanimireddy.

Thanks for keeping DEV Community 👩‍💻👨‍💻 safe. Here is what you can do to flag sairajesh:

Unflagging sairajesh will restore default visibility to their posts.