Imagine a scenario where we are leveraging computer vision for a self-driving car. It is not only necessary to detect whether the image of a road contains the images of vehicles, a sidewalk, and pedestrians, but it is also important to identify where those objects are located. Various techniques of object detection that we will study in this article will come in handy in such a scenario.

Let's understand about installing and using ybat to create (annotate) bounding boxes around objects in the image. Furthermore, we will also be inspecting the XML files that contain the annotated class and bounding box information.

Let's start by downloading ybat-master.zip from the following github and unzip it. Post unzipping, store it in a folder of your choice. Open ybat.html using a browser of your choice and you will see an empty page. The following screenshot shows a sample of what the folders looks like and how to open the ybat.html file. 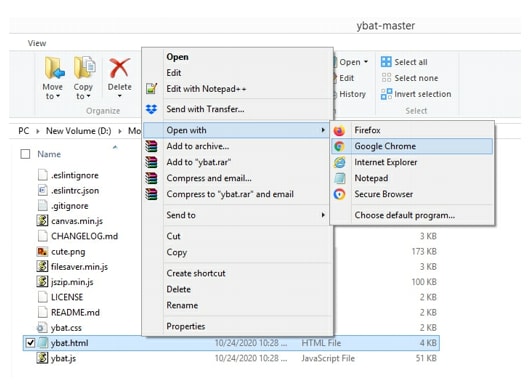 Before we start creating the ground truth corresponding to an image, let's specify all the possible classes that we want to label across images and store in the classes.txt file as follows:

Now, let's prepare the ground truth corresponding to an image. This involves drawing a bounding box around objects and assigning labels/classes to the object present in the image in the following steps:

For example, when we downlaod the PASCAL VOC format, it downloads a zip of XML files. A snapshot of the XML files after drawing the rectangular bounding box is as follows: 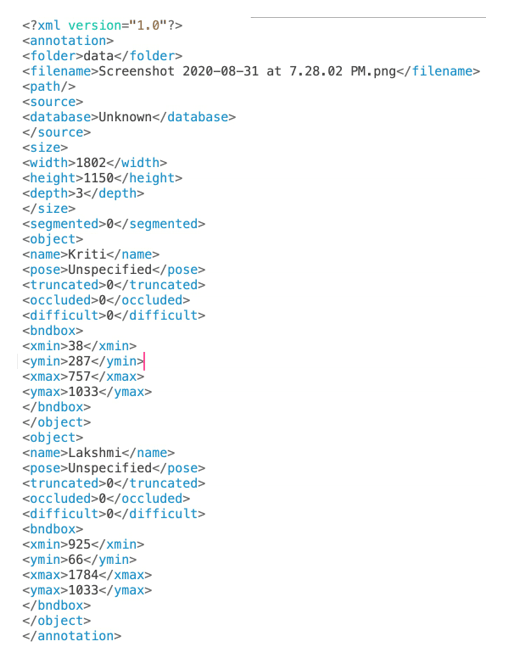 Now that we understand how to create a ground truth of objects (class labels and bounding box) present in an image, in the following sections, we will dive into the building blocks of recognizing objects in an image. First, we will talk about region proposals that help in highlighting the portions of the image that are most likely to contain an object.

Just from the preceding description itself, we can conclude that there are two primary regions here-one is of the person and the other is of the sky. Furthermore, within the region of the image of a person, the pixels corresponding to hair will have a different intensity to the pixels corresponding to the face, establishing that there can be multiple sub-regions within a region.

Region proposal is a technique that helps in identifying islands of regions where the pixels are similar to one another.

Selective Search is a region proposal algorithm used for object localization where it generates proposals of regions that are likely to be ground together based on their pixel intensities. Selective Search groups pixels based on the hierarchical grouping of similar pixels, which, in turn, leverages the color, texture, size and shape compatibility of content within an image.

Initially, Selective Search over-segments an image by grouping pixels based on the preceding attributes. Next, it iterates through these over-segmented groups and groups them based on similarity. At each iteration, it combines smaller regions to form a larger region.

Let's understand the selective search process through the following example:

The preceding code results in the following output: 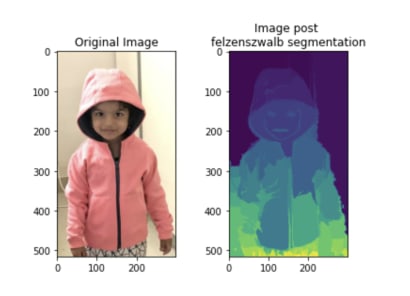 From the preceding output, note that pixels that belong to the same group have similar pixel values.

In this section, we will define the extract_candidates function using selectivesearch so that it can be leveraged in the subsequent sections on training R-CNN and Fast R-CNN-based custom object detectors: 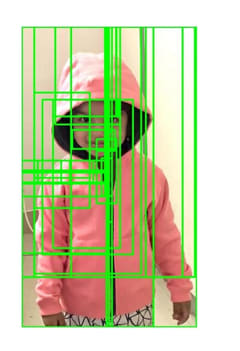 The grid in the preceding diagram represent the candidate regions (region proposals) coming from the selective_search method.

Now that we understand region proposal generation, one question remains unanswered. How do we leverage region proposals for object detection and localization?

In the next section, we will learn about how to calculate the intersection of a region proposal candidate with a ground truth bounding box in our journey to understand the various techniques that form the backbone of building an object detection model.

Imagine a scenario where we came up with a prediction of a bounding box for an object. How do we measure the accuracy of our prediction? The concept Intersection over Union (IoU) comes in handy in such a scenario.

This can be represented in a diagram as follows: 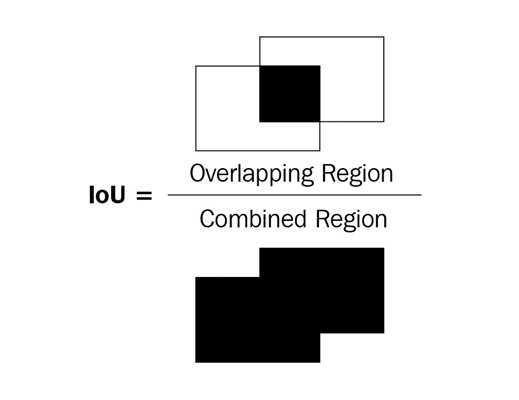 In the following diagram, you can observe the variation in the IoU metric as the overlap between bounding boxes varies:

From the preceding diagram, we can see that as the overlap decreases, IoU decreases and, in the final one, where there is no overlap, the IoU metric is 0.

Now that we have an intuition of measuring IoU, let's implement it in code and create a function to calculate IoU as we will leverage it in the sections of training R-CNN and training Fast R-CNN.

Let's define a function that takes two bounding boxes as input and returns IoU as the output: