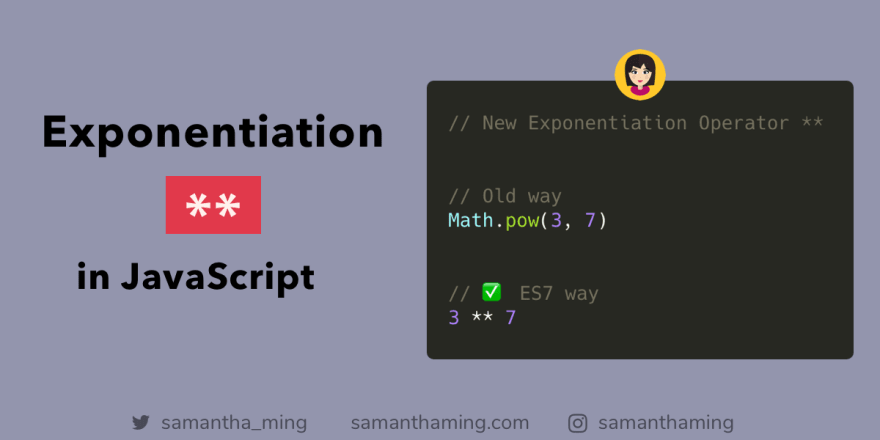 I always found the old way of writing an exponentiation expression a bit awkward. Luckily, the exponentiation operator was introduced. This syntax also makes it more similar to other languages (ie. Ruby, Python). Cool 👍

The use of ** is called infix notation. It is characterized by the placement of operators between operands. Other popular infix notations include: + or -.

The reason this syntax was introduced is because:

Infix notation is more succinct than function notation, which makes it more preferable

Exponentiation in Other Languages

Also, you will notice this syntax is very similar to other languages:

I actually like that it's similar to other languages. Because it makes picking up JavaScript a lot of easier for those folks and they can be up and running very quickly.

You must have seen arithmetic operator combined with the assignment operator. For example +=:

Well, similarly, this can also be done with the exponentiation operator. **=:

There's one bit of a gotcha. When you have a negative base, you will have to wrap it around parenthesis.

However, this isn't an issue if you use the older function way.