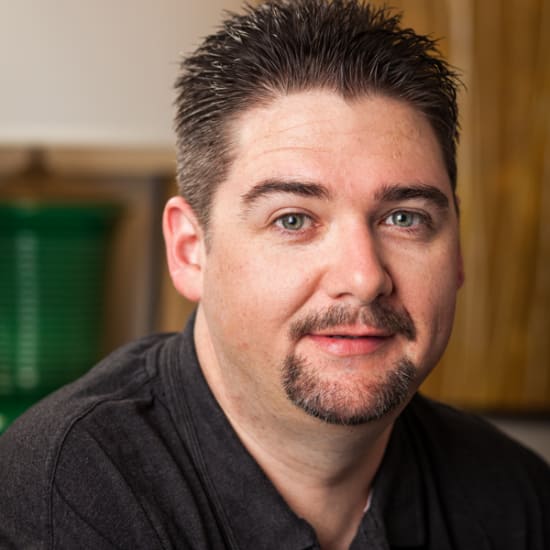 Hello, I am Steven Cooper although most know me as developersteve. I am the developer evangelist for Telstra heading up community engagement with TelstraDev. Previously I was a startup CTO and previous to that Senior Evangelist at Xero and 2 years with PayPal/Braintree as the Developer Advocate for APAC.

I have the biggest mixed sticker collection in the southern hemisphere (nay the world) which currently resides in a A3 size folder and is about 2KG in weight. It started as a small sandwich bag in about 2014, It just kept growing as I went to more and more conferences and collected the leftover stickers to take to the next conference.

It’s something I’ve always been interested in and have always had a strong rapport with. Even since I was young I can pick up a piece of tech and get it working over and above what it could do. I fondly remember messing around with basic on an Atari back when I was about 8 although I never considered it something I would end up pursuing as in my mind it was something anyone could do.

Even early career days as an analyst I still didn’t consider myself a developer although I had built a network based reporting system, using 2 spare desktops as webservers, to summarise sales data (mostly it was so I didn’t have to keep running them manually). I started freelancing and building my own online stores mostly just to compare and challenge myself against peers.

PayPal changed my mindset in 2009 when the Australian office rang to ask if they could fly me as one of 2 developers from Australia to PayPalX conference in San Francisco. Not having been to a developer conference before and going to a big one in San Fran, wow it was an eye opener. It was in the audience amongst 1000s of developers from around the world where I discovered that I was a developer, the thing that I realised is while anyone can write code its unique to the beholders experience and no 2 developers are going to approach a problem or code the same way.

I was flown back by PayPal in 2010 and 2011 for the innovate conferences, on the last trip there I found out that they were looking to hire an evangelist in APAC and although it still took a few years to happen it was something I jumped at. For me it was about more giving back and helping PayPal do more of what they had done for me as a developer, Having a global payments brand like PayPal believe in you as a dev before you considered yourself one is something you never forget.

What is a developer evangelist, and what do they do?

The way I've always been taught to look at it is you are a funded startup inside the company which means you do everything from video production, event setup, blog posts, media engagement, code (samples/sdks/debugging), client engagement and social media. Usually 2nd and 3rd year evangelism once you have an established program there will be the most travel as you tend to do event hopping and back to back conferencing a lot to engage with community the most.

On the travel front I’ve done nearly half a million kilometres since 2014 and 113 event talks as part of that, I keep track of it using tripit and jetitup and then also keep a list of all the events im speaking at and have spoken at on my website.

How do you keep current on the technologies you’re evangelising, and do you miss full time software development?

This is part of my passion as an evangelist, I love finding the latest tech, pushing the boundaries of it then being able to share that with everyone. Usually I combine a number of sources to be able to source new and emerging tech. It’s a mix between network, community and social platforms.

Right now I’m playing around with Flutter building a module in dart using our newly released Event Detection API. Its really cool because you can develop an app in 2 emulators while you develop it (flutter is awesome) and the new event detection API’s we’ve just released means you can create apps that have seamless network location and authentication experiences built right in.

What is the coolest experience you’ve had being a developer evangelist?

I’ve been able to meet/chat with founders of languages and services namely the likes of Matz (ruby), Rasmus (PHP) and Igor (Nginx) just to mention a few which, it was really cool seeing the people and minds behind some of the most used platforms and services. The thing I always love seeing is down to earth people that have everyday

What would be your number one piece of advice for a successful developer evangelist?

Do all the things, for those in devrel circles I think this is a given because the role is such a mix of code, business and presentation (plus all the bits between) you become that multi-purpose person who will be doing mentoring one minute, presentation the next, then code debugging and support. For those that have seen me present especially my secret stage talent is coming up with puns and quips usually on the spot, I’ve no idea how it happens but It’s just something I’ve always been able to do and even some of my dev jokes just suddenly appear out of nowhere.

Did you hear the one about the minified JS? …. I’d tell you but it’s a little scripted

Why couldn’t the html unordered list be trusted? …. There were LI’s everywhere

What has been your toughest lesson to learn in your career so far?

Juggling all the things, again in devrel circles this is something you get really good at especially being something different to each internal team and one of the few that can act as a multiple of teams to get things done. I think the other thing is to learn to say no, as a dev and even in devrel there's times where you really really want to be able to do something but schedule and resources don’t always allow. Especially in devrel there's times where you just need to stop to avoid burnout.

I don’t think ive ever look at evangelism as a career it’s just what I do, and I think that’s partially the secret to being successful at it is this is just me geeking out with developers who are also just geeking out. I think If I ever saw it as a job then I’d have to find something else to do. I like playing Xbox a fair bit when I can and just depends what I feel like playing at the time. Also have been messing around with 3D printing a bit for the last few months and have managed to contrib back some of my own creations to thingiverse.

I'm actually going to recommend some movies/tv shows. Probably the top of the list isPirates of Silicon Valley. This is a must see dev movie which explains where the tech industry began, it’s the story of Apple and Microsoft and how they ended up where they did in the late 80s. Second on the list is Jobs (not surprising it's a very Apple centric movie) third is of course Silicon Valley (I think anyone in the startup world particularly will be watching this one).

Love connecting with developers, for those on twitter @TelstraDev for all the latest news and updates from things we are doing globally. I'm @developersteve everywhere (even on Weibo) and will totally follow back via both accounts.

Also sign up at Dev.telstra.com to get 1000 sms/mms for free (globally) and a free number plus access to beta programs as they become available for some new and cool services.

And to finish I thought I’d throw in a developer joke (I have many), this is one I came up with recently a few days before my 113th talk which was at a Machine Learning conference ….

How do you wake up a room at a machine learning conference? …… ok google

How can Tech Professionals deal with Failure

Season 2: The one with The Interview

How to stay a good developer

7 habits to excel as a Software Developer