In this article I'll try to explain what is a circuit breaker pattern.

a fail-fast system is one that immediately reports at its interface any condition that is likely to indicate a failure. - Wikipedia

A wise saying in system design is

If a system fails, then let it fail fast and fail in a safe state.

Fault tolerance is the property that enables a system to continue operating properly in the event of the failure of some of its components. - Wikipedia

If you are at this point can you relate a fail-fast system with a fault-tolerant system?

So, a fault-tolerant system has the property of a fail-fast system that monitors the system's state, and when some failures occur it can detect the failures. And, when the system detects the failures, it does not stop operating. Rather it behaves that is specifically designed for the failure events like fallback behavior in the event of failure.

And this is what a circuit-breaker is.

A circuit is a path through which electricity moves. A circuit breaker is a component in the circuit that monitors the amount of electricity.

You probably saw this in your house. 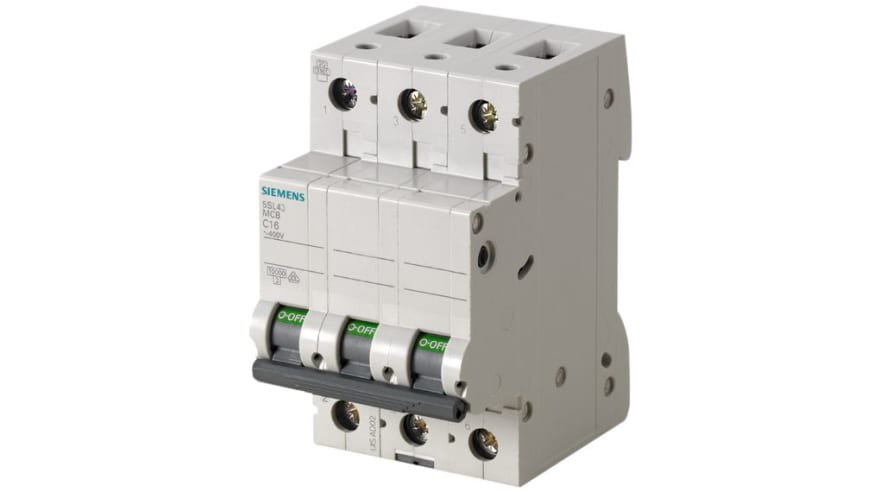 The circuit breaker is a very popular pattern for making a system resilient and fault-tolerant. In the microservice world, one service can depend on many services. And as the microservices are deployed by separate teams, any service can experience downtime for any reason. Either maintenance is going on or the server/pods crashed etc. This downtime can cause a ripple effect on other services. In this article, I will describe the circuit breaker pattern and how to make a service resilient by introducing it.

What Service A could do if it is intelligent? Well, it could monitor the requests it is sending to Service B. So, it could think,

Hey... I have sent 10 requests to Service B and all of them failed. I think Service B is down. So, you know what, I will not send any request to Service B rather I will have a fallback response and I will send it to the client who is requesting me.

Well, as you can see the circuit breaker is monitoring the states of the system. For our example, it is monitoring the success status of the requests, and based on this it is deciding that some components are not working. So it can detect the failure like a fail-fast system. But it does not stop operating. It still serves all the requests that will come but rather than sending the normal-time response it will send a fallback response. This is what makes the whole system a fault-tolerant system.

The circuit in the circuit breaker has three phases.

When two services are UP and communicating, the requests are always allowed. It means the circuit is closed. So the path is established. Like the following:

When the service B is down the circuit is made open. No requests are passed to Service B. Like the following:

Service A XXXXXXXXX Service B
In this case, all the requests are handled by the fallback response from Service A.

Let's see a diagram to get a more clear idea. 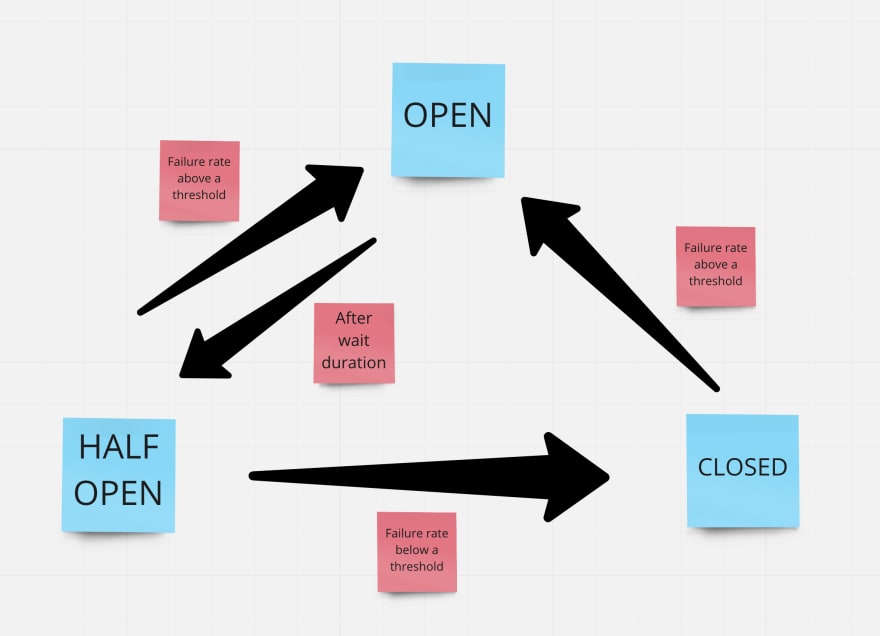 When State is Changed

The failure rate and slow call rate can be calculated only if a minimum number of calls were recorded. For example, if the minimum number of required calls is 10, then at least 10 calls must be recorded before the failure rate can be calculated. If only 9 calls have been evaluated the CircuitBreaker will not trip open even if all 9 calls have failed.

And this is the concept of the Circuit Breaker.

Now, you can of course implement this. But there are some really cool circuit breaker libraries that take care of this for us.

Netflix has its own circuit breaker library called Hystrix. The description of the library says,

Hystrix is a latency and fault tolerance library designed to isolate points of access to remote systems, services, and 3rd party libraries, stop cascading failure and enable resilience in complex distributed systems where failure is inevitable.

Netflix uses this in its eco-system to ensure fault tolerance which is really necessary when you have hundreds or even more microservices.

But the problem with Hystrix is it's no longer in active development and is currently in maintenance mode.

An alternate of Hystrix is resilience4j. This is another fantastic library. The description says,

It has really cool features and the documentation is rich with examples and how you can configure it.

So, I hope this article helps you and I hope you enjoyed it. If you have any questions or any confusion, please feel free to comment and we can have a nice discussion.

See you in another article. Till then, let's enjoy life :D

How Do You Decide It Is Time to Move On?

How is Software Development difficult ?

How to Build Todo App With Vanilla JavaScript

SajidSamsad
Interested in system architecture, designing highly scalable and fault tolerant system.
Oh no! All languages are being erased - you can only save one - what is it?
#webdev #programming #discuss
Relocation: yes or no?
#career #discuss #beginners
What's your best productivity tip?
#discuss #productivity

Once suspended, samsadsajid will not be able to comment or publish posts until their suspension is removed.

Once unsuspended, samsadsajid will be able to comment and publish posts again.

Once unpublished, all posts by samsadsajid will become hidden and only accessible to themselves.

If samsadsajid is not suspended, they can still re-publish their posts from their dashboard.

Once unpublished, this post will become invisible to the public and only accessible to SajidSamsad.