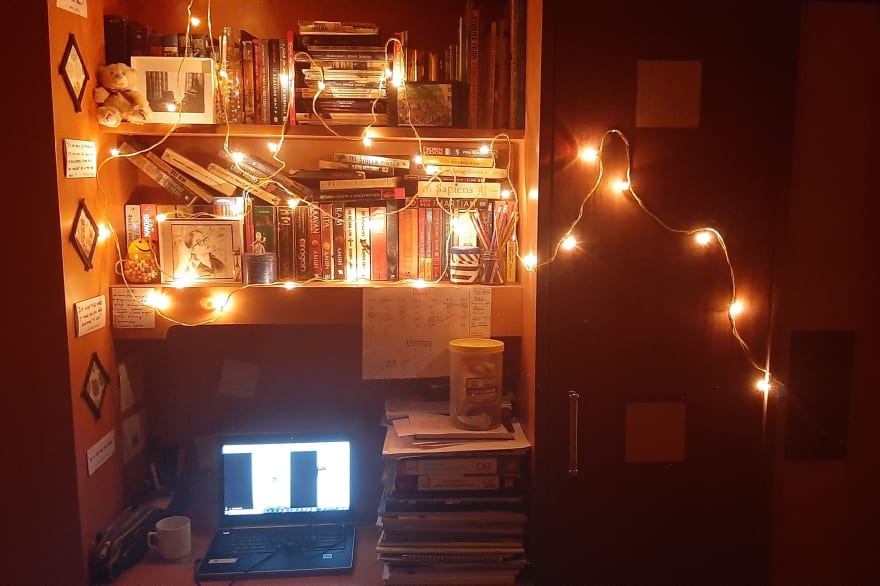 Hi,
Yes, this is my study/ mini library and before you quiz me about the number of books I own…fun fact: I have read more than I own and I own more than I shelve. Hehe, they are a little more than a 100.

Books are man’s bestfriend for a reason and rightly so. They make you get lost in almost a magical sort of way and travel to lands unknown. A good writer always makes you feel as if you’re watching a movie.

So here are 10 MUST READS that everyone must read, at least once in their lives, to attain a place somewhat close to nirvana!

1. Harry Potter and the Philosopher’s Stone, by J.K. Rowling

I’m willing to bet you’ve heard of Harry Potter, but have you read the books? Join Harry Potter as he begins his journey into the world of magic, where he is the celebrated Boy Who Lived. Visit Hogwarts, meet your favourite characters and watch Harry grow into the one of the most famous literary characters in the world.

Although the movies are inexplicably long, The Hobbit was originally written as a short children’s book. Meet your favourite characters for the first time as the unforgettable Bilbo Baggins traverses the harsh landscapes of Middle Earth to challenge a dragon.

Middle Earth is a wonderful, expansive fantasy world filled with turmoil, heroes, evil and innocence. Although our protagonist Frodo Baggins’ quest seems impossible to complete, this trilogy is a tale of triumph in the most impossible circumstances.

4. The Diary Of A Young Girl, by Anne Frank

Unforgettable and deeply influential, Anne Frank’s diary is a raw account of a young girl’s life as she hides from the Nazis. Despite her circumstances, Anne believes that people are still good at heart and that the world is full of beauty: she will change your life.

5. The Book Thief, by Markus Zusak

Set in Germany during 1939, The Book Thief follows Liesel as she rescues books from the tyranny of Nazi rule. Meanwhile, her family has hidden a Jewish fighter in their basement and death looks down on the family, narrating our tale. Experience bravery that is rarely found in the world, and friendship that is formed in the most unlikely of situations.

First of all, you MUST have a good sense of humor to appreciate the goodness of this book. This famous 1945 satire, examines the realistic risks of revolution and the dynamics animals will inevitably give in to.

7. Gone with the Wind, by Margaret Mitchell

Set in The South during The Civil War, chances are if you love the movie you’ll love the book. Although the main character and the world she lives in is loathsome, readers’ opinions are twisted as this novel dishes out a fated justice when both Scarlett and The South lose their wars.

Published in 1847, this passionate and harrowing story of love, rivalry and revenge follows Catherine Earnshaw and her father’s adopted foundling Heathcliff as they grow into very different adults.

9. The Adventures of Huckleberry Finn, by Mark Twain

Often titled The Great American Novel, The Adventures Of Huckleberry Finn is a deep and complex tale of friendship, adolescence and shifting societal norms.

10. The Hitchhikers Guide to the Galaxy, by Douglas Adams

Grab a towel and accompany human Arthur Dent on a fantastic adventure across the galaxy. Learn not to take the universe so seriously and forget any meaning you’ve applied to anything in your life, because we all know the real meaning of life is 42.

The Good Parts of AWS Ebook

Sanjana Mohapatra
As a developer, I hate ... ?
#discuss #career #webdev #watercooler
Why Microsoft and How I achieved my Goal
#webdev #career
Git branching for small teams
#productivity #git #startup