I am starting to take the first steps into indie game development by going down the Unity path, with lots of tutorials and documentation to help me learn. Fortunately, Unity has an abundance of resources available. This was one of the reasons I selected Unity over other options. 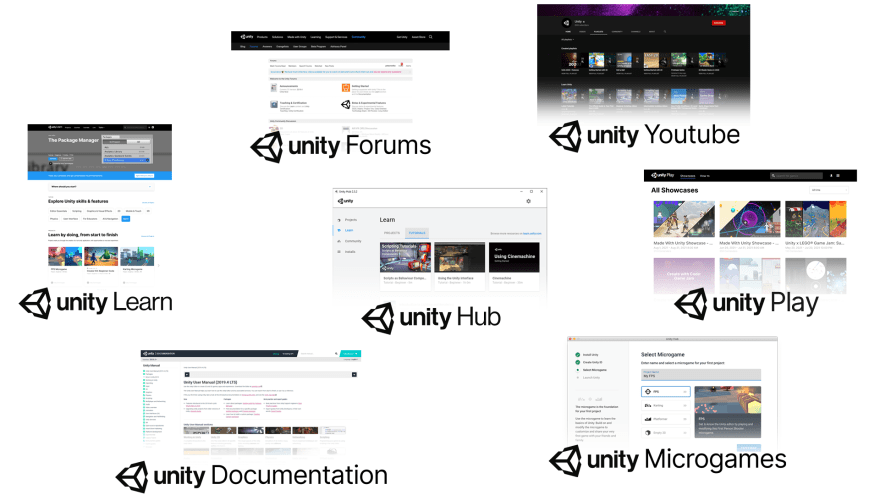 I decided to go down the Unity learning path and develop my first microgame. There are a few reasons why I chose to start with the 2d platformer. I've been playing a lot of 2D games on my switch and most of them are metroidvania-style games.

the description below from the linked Metoidvania page
wikipedia page on Metroidvania
Metroidvania is a subgenre of action-adventure video games. The term is a portmanteau of the names of the video game series Metroid and Castlevania, with games in the genre borrowing from both series. Typically based on two-dimensional, sidescrolling platform gameplay, Metroidvania games feature a large interconnected world map the player can explore, though access to parts of the world is often limited by doors or other obstacles that can only be passed once the player has acquired special items, tools, weapons, abilities, or knowledge within the game. Acquiring such improvements can also aid the player in defeating more difficult enemies and locating shortcuts and secret areas, and often includes retracing one's steps across the map. Through this, Metroidvania games include tighter integration of story and level design, careful design of levels and character controls to encourage exploration and experimentation, and a means for the player to become more invested in their player character through role-playing game elements.

The end goal is to create my vision of that style. This is how I began. The no-code demo served as an introduction to the editor and was incredibly thorough.

This tutorial showed you how to navigate the editor. First, it explained some very basic navigation methods. Then it showed you how to use the assets by adding in enemies or updating the character's speed to move faster change the color. Add other elements to the platform around the level you were creating. ending with letting you roam free with what you learned to edit the "Scene" as they called it to really see what you could make.

I added in a few larger enemies, I moved some assets around to make some very difficult platforming elements towards the end. And experimented with my first-level design. I was really getting into it and loved how simple it was. it really dragged me in and showed me how powerful the editor was at such a basic level. It made me excited to look more in-depth and begin to code my own functionalities and game later on.

Because I have a software engineering background, I decided to go down both The "Unity Essentials" and "Junior Programmer" paths in order to get a jump on my learning so I can develop faster. Since UnityScript and JavaScript are no longer supported, I will be developing in C#.

Despite hearing horror stories about C#, I know my current skills will help me develop something compelling! I am interested in learning a new language and platform.

for now, I will follow these two paths and next update will see what I can create!!

To learn more, dive in. The amount of information provided in the videos, documentation, and lessons has really impressed me.

Let me know some of yall's unity stories! Tell me why you use it, or why you don't. The wins and the struggles. and let's create a Unity group!

The Game Developers Guide to the Metaverse

One Thing That May Ruin The New God of War Game

Making Your First Game in Blue