Neural networks are a collection of individuals nodes called as artificial neurons or perceptrons.
Each perceptron takes in an input array, multiples it with weights array and add a bias value to create a computed sum.
This computed computed is passed to an activation function to compute the final output value of a neuron.
We can see the basic parts of a perceptron below: 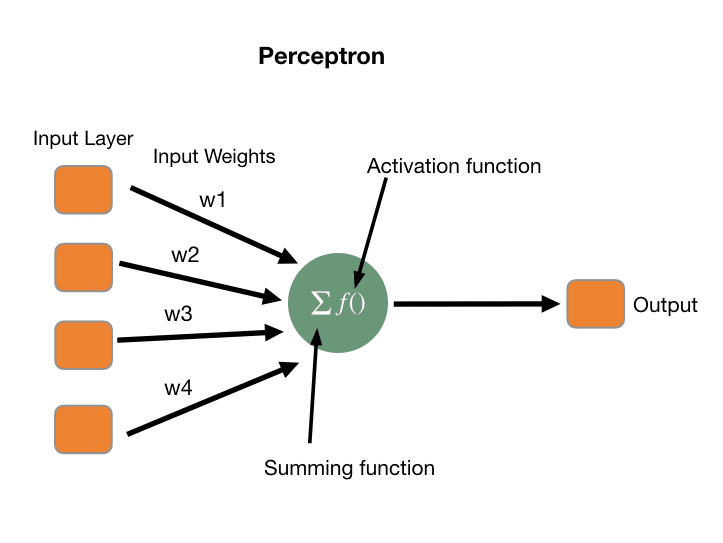 We can calculate the summation value of neuron inputs, weight and bias in the for a sample neuron as explained in example below:

Here np.dot function is used to calculate dot product between the input and the weights.
Internally it works as follows:

The output value from above function is fed to an activation function to calculate final value of a perceptron. I will cover various activation functions and their working in another article since it is a vast concept requiring it's own article.
That's it for today's short tutorial on dot product using bumpy.
You can follow me on Twitter or LinkedIn

Reference:Neural Networks from Scratch by SentDex

The best programming language for Artificial Intelligence and Machine Learning

Announcing the Kite Integration for Spyder