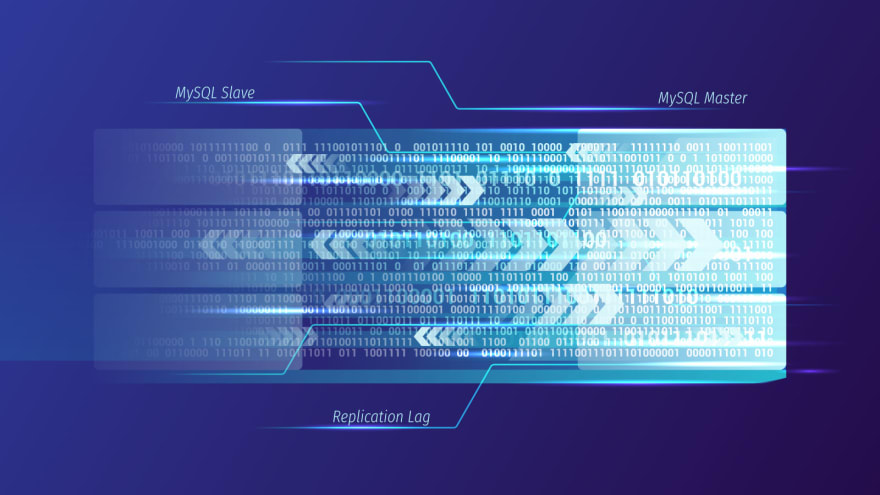 In a MySQL hosting replication setup, the parameter Seconds_Behind_Master (SBM), as displayed by the SHOW SLAVE STATUS command, is commonly used as an indication of the current replication lag of the slave. In this blog post, we examine how to understand and interpret the MySQL Seconds Behind Master value in various situations.

Possible Values of  Seconds Behind Master

The value of SBM, as explained in the  MySQL documentation, depends on the state of the MySQL slave in general, and the states of MySQL slave SQL_THREAD and IO_THREAD in particular. While IO_THREAD connects with the master and reads the updates, SQL_THREAD applies these updates on the slave. Let’s examine the possible values of SBM during different states of the MySQL Slave.

When SBM Value is Null

When SBM Value is Zero or Positive

Slave_SQL_Running_State: Waiting for slave workers to process their queues

ScaleGrid’s Monitoring Console for MySQL on Azure plots the values of SBM over time for the slave nodes.

Zero Or Constant Value of SBM 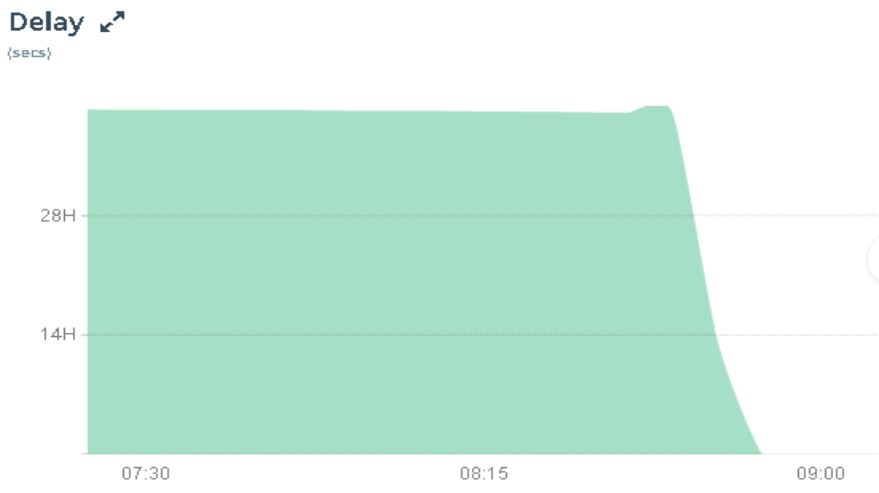 In the above example, the slave was started about 40 hours after the master had active writes.  Once started, the slave began replicating that data, and we see the SBM was pretty flat indicating the slave executed at the same speed as the master. Also note the fall of SBM to ‘0’ is steep, which really means that though the last transaction the slave ran was executed about 40 hours before on the master, once we have caught up, there is ‘0’ delay.

In the graph below, we can see that SBM is constantly increasing, which means that the slave’s execution speed is less compared to that of the master. This is actually a case where we are running 20 threads doing continuous writes on the master and a single-threaded slave is not able to keep pace with it. 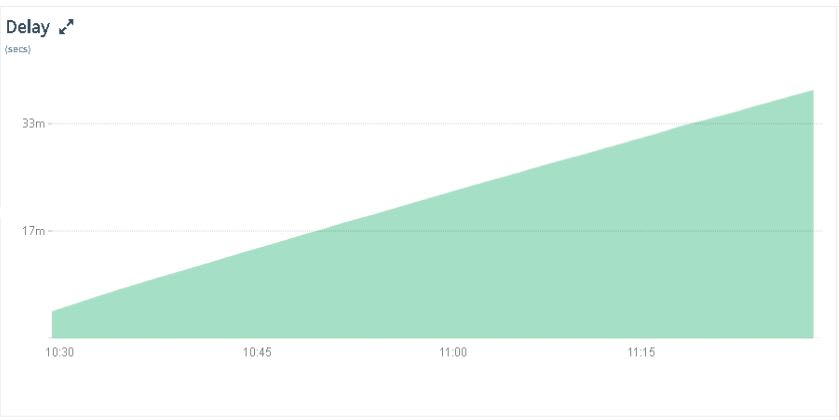 Lastly, it’s important to note that in our discussions so far, we have not assumed any network bottlenecks. In case of slow networks, the slave IO Thread itself will be lagging behind the master, and if the SQL Thread is fast enough, the SBM will be oscillating between ‘0’ and a positive number. In such cases, SBM will not be a useful parameter to understand the real lag with the master.

If your MySQL deployments are setup using semisynchronous replication, you can also check out our MySQL High Availability Framework Explained - Part II post to learn more about managing the execution speed of your slaves.

Pagination in Javascript and React, with a custom usePagination() hook

AI devops squad to the rescue: How to use voice AI to make your site reliability engineering more efficient

How to calculate your age on mars