Today we're excited to share this crash course on HTML and CSS with you. If you're curious about web development, but don't know where to start, this is the perfect course for you!

There are absolutely no prerequisites for it, and you don't even need to install a code editor! Scrimba will cover you there.

The instructor of the course is the brilliant Kevin Powell. He's a big CSS fan, a very popular YouTube instructor, and he also teaches HTML and CSS in classrooms. In other words, you're in good hands.

I'm super excited to let you know I've teamed up with @scrimba to put together an HTML & CSS crash course!

Completely free and clocking in at over 4 hours it's a great way to take a first dive into HTML & CSS, or use it as a refresher on the very basics!

During the course, you're going to learn the basics of HTML and CSS and start building your very first web pages. All the lessons are going to be hands-on and start writing actual code straight away. 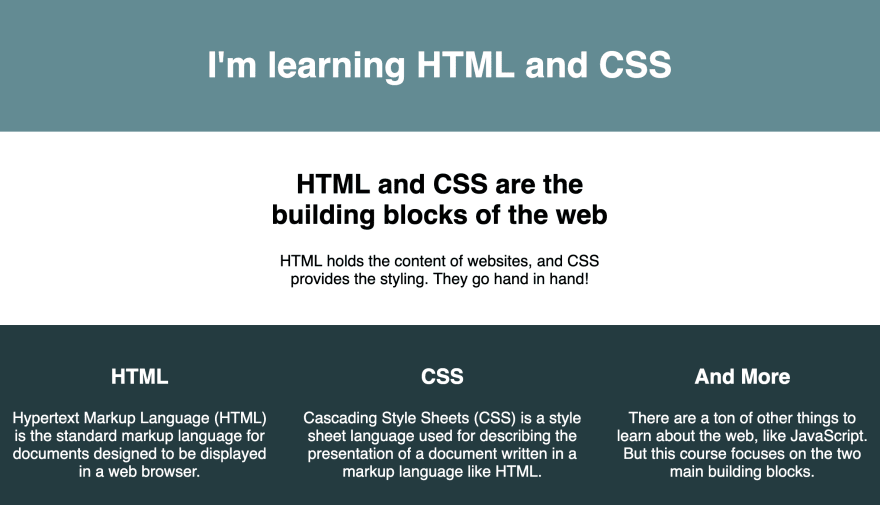 If you're wondering how to use the Scrimba editor, jump right into this cast, where Kevin explains how.

In the first lesson, Kevin gives a little introduction to what you can expect for the course, and some tips for learning as much as you can from it.

In the second cast, Kevin introduces us to HTML and CSS, what these acronyms stand for and how both HTML and CSS are closely intertwined.

Kevin uses a book as an example of how HTML markup works and introduces such concepts as elements and tags, and how to use them.

In this screencast, Kevin introduces <!DOCTYPE html> to let browser know that the content is HTML and we write our first HTML webpage and learn some fundamental elements along the way!

We can use <em> to add emphasis to our text and <strong> to add importance.

In this part, Kevin teaches us some good practices around file naming and gives good advice on how to organise our files.

We can use anchor <a> element to link to a different location on the same page or to another page. To tell <a> where to link, we use attributes, and for anchors, it's href.

Kevin introduces us to CSS syntax and the notion of properties and values in CSS. How using property: value syntax we can style our webpages and introduces inline styling to make individual elements look good on the page.

In this video, we're going to learn about font size, colours, background colours and text alignment. Kevin will introduce us to four different ways of specifying colours in CSS, using keywords, hex, rgb and hsl values.

Ok, time for some individual practice. Kevin sets us a task to create a page about ourselves and sets us some HTML/CSS challenges along the way.

11. Recap up until this point

In this cast, we quickly go over everything we've learned about HTML and CSS up until this point. Repetition is the mother of learning!

Now, Kevin shows us how to create lists in HTML using <ol> for ordered lists and <ul> for unordered lists. 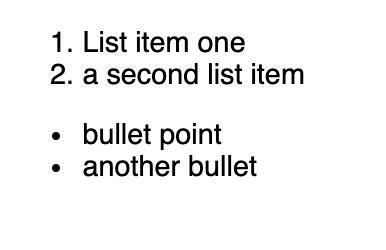 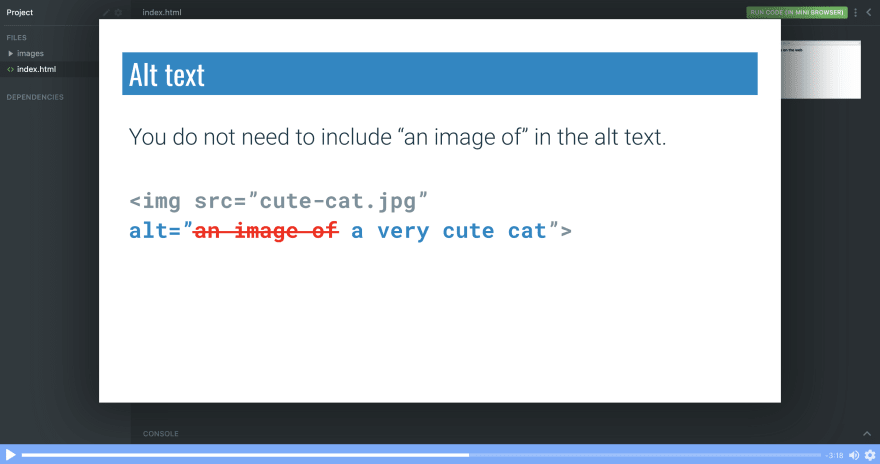 Images are self-closing and both <img> are valid <img />. Kevin also explains how to use src and alt attributes and how alt helps improve accessibility.

Alright, time for our second practice screencast. Kevin sets us a challenge to convert some markdown files to HTML/CSS webpage. No worries if you're not sure what markdown is because in this practice session Kevin will walk us through the completion of the task.

In this chapter, Kevin introduces internal CSS, an alternative to writing inline CSS.

Internal CSS is written in the same file as HTML, but within a separate <style> tag

External CSS is another approach to managing CSS. This time Kevin shows us how we can extract CSS into a separate file and how to link CSS stylesheets to our HTML files with a <link> tag

In this screencast, Kevin focuses on three types of selectors in CSS and when you might want to use which.

18. Comments in HTML and CSS

We can add comments in HTML:

In this part of the course, Kevin reminds us that we don't need to know everything at this point and at this stage we really need to know only the following tags:

And it would be good if we can tell the difference between the following tags:

It's now time to discover the box model.
Most elements are block elements, which means they are 100% width of their parent and have a height of 0.

This is a brilliant cast, where Kevin not just simply and succinctly explains how the box model works, but also saves us from the common pitfalls that even experienced developers fall into from time to time.

The last piece in the box model - borders. Borders are added around your elements. And they can be set in a similar way to margins and padding.

In this chapter, Kevin helps us review CSS box model and provides a nice visualisation for future reference. 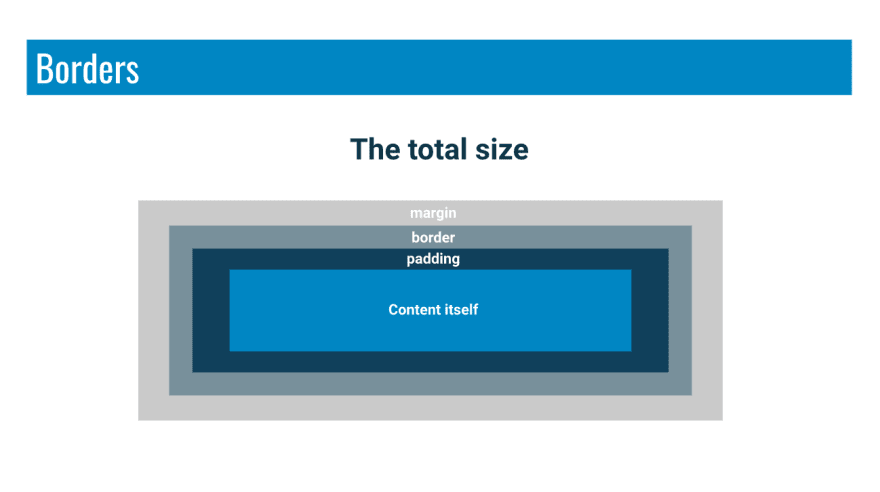 We are now ready to create a very basic layout. 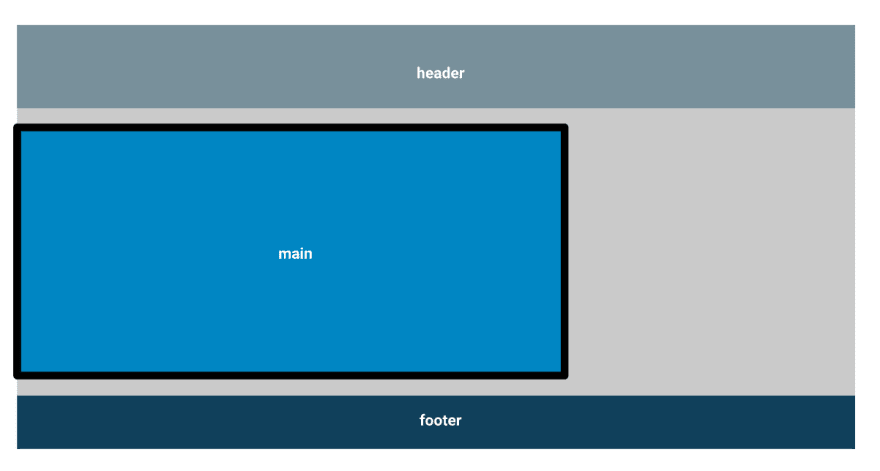 Kevin will guide us through creating a page about dinosaurs, where we will be able to put everything we've learned so far to practice.

25. A basic layout - centring an element on the page

In this chapter, Kevin shows us how to centre the main element. It's not too difficult, but there are a few tricky bits to it. 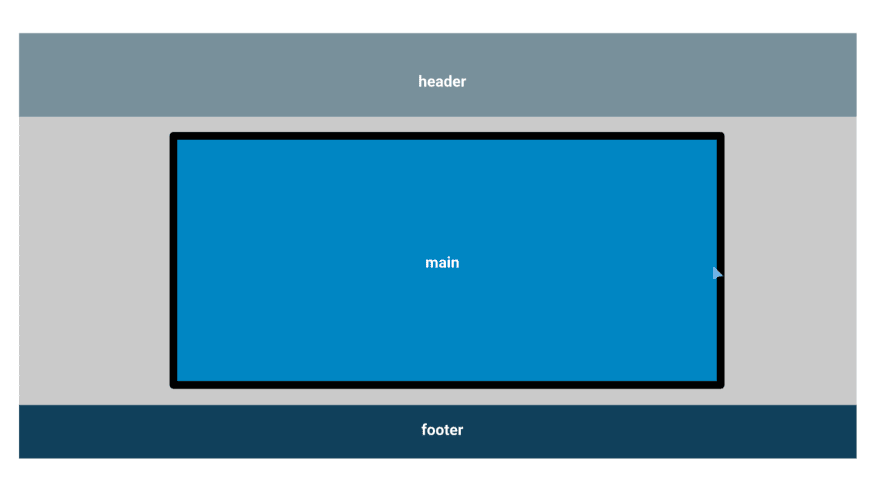 We are doing pretty well, so far.

Over these last cast, Kevin introduces a mini-capstone project to create this HTML layout from scratch.

Oftentimes, a lot of designs use columns in the footer. In this cast, Kevin shows us how to use display: flex to create this neat layout.

27. Creating the layout from scratch - the HTML

In this screencast, Kevin slices the design into manageable pieces and walks us through the HTML implementation. 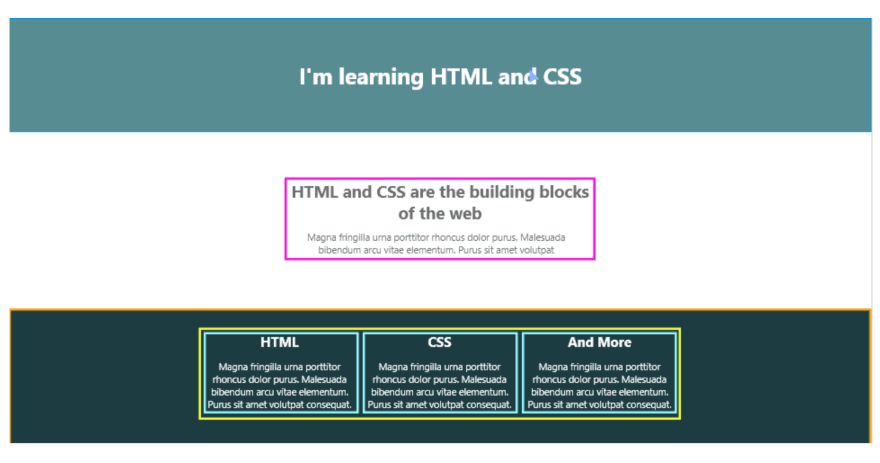 In this screencast, we are creating the HTML markup.

And in the final part of this course, we're writing CSS to create the final layout.

If you reach all the way to this cast, then give your self a pat on the back. Congratulations on finishing the course! We've covered a LOT, and you have every reason to be proud of yourself.

Where can you go from here? Kevin's first recommendation is to install a text editor. Any of them at this stage would be good and you can always change later. VS Code is very popular and for a good reason.

You should also keep an eye on Kevin's upcoming advanced course on how to build responsive websites, so be sure to sign up for Kevin's newsletter

Thanks for keeping DEV Community safe. Here is what you can do to flag scrimba: