Around this time last year we soft released the first version of Rivet, a marketplace designed to find and activate resources for the development of creative practices.

I asked our developer, the amazing Francis Tseng, to teach me how to setup a local development environment so that I could a) make copy edits to our view templates and b) learn how the system works with the (at the time) far fetched idea that one day I could maintain the product and build new features.

The first challenge was to get my hands on a Unix based operating system. This meant I either had to setup a Linux distro via a Virtual Machine on my Windows machine, or just wipe the hard drive and go full Linux.

Since I like to do things the hard way, I chose the latter and after many(and i mean many) installs of various linux distros, I've settled, for the moment, with good old Ubuntu.

As such, today I want to share how to setup a Ruby on Rails local development environment on a Linux machine running Ubuntu 19.04 Disco Dingo:

There may be a need to work with older versions of the Ruby language depending on your project, no worries, you'll be able to add them after this initial setup with rbenv(see more below).

First, we need to make sure you have all the dependencies required for both Ruby and Rails.

In your terminal, run:

Note you can also use another manager called rvm, but personally I had an easier experience with rbenv.

In your terminal, punch in:

The last 3 lines are important here because once you have rbenv setup, you can install other versions of ruby and switch between them per your development needs.

The below example will install ruby 2.5.1 and set it as the local version for a specific application you may be working on. Make sure you're in the working folder of your app.

Last but not least, install Bundler so you can package ruby gems to your hearts content.

rbenv users need to run rbenv rehash in your terminal after installing bundler.

For versioning control of your code, we have to setup Git with your account info (for this tutorial, we're using a Github account):

The last step generated a new SSH key for you and your machine. Copy the output of your key from the following command:

and paste it in your Github settings here

Then go back to your terminal to see if it works:

Since we are using rbenv, run the following command to make rails executable available:

With Rails installed, you can run the rails -v to check if the version installed installed correctly:

Rails comes with SQLlite out of the box, very practical.. but if you want to deploy your app to a service like Heroku, you will need to use PostgreSQL.

To set up PostgreSQL, first we'll need to add a repository to your machine:

Next, you'll need to setup a user with permissions to create databases locally.

You can also (not required) set a password for this user, then:

Go to http://localhost:3000 on any browser of your Disco Dingo install to view your locally deployed install of Ruby on Rails! 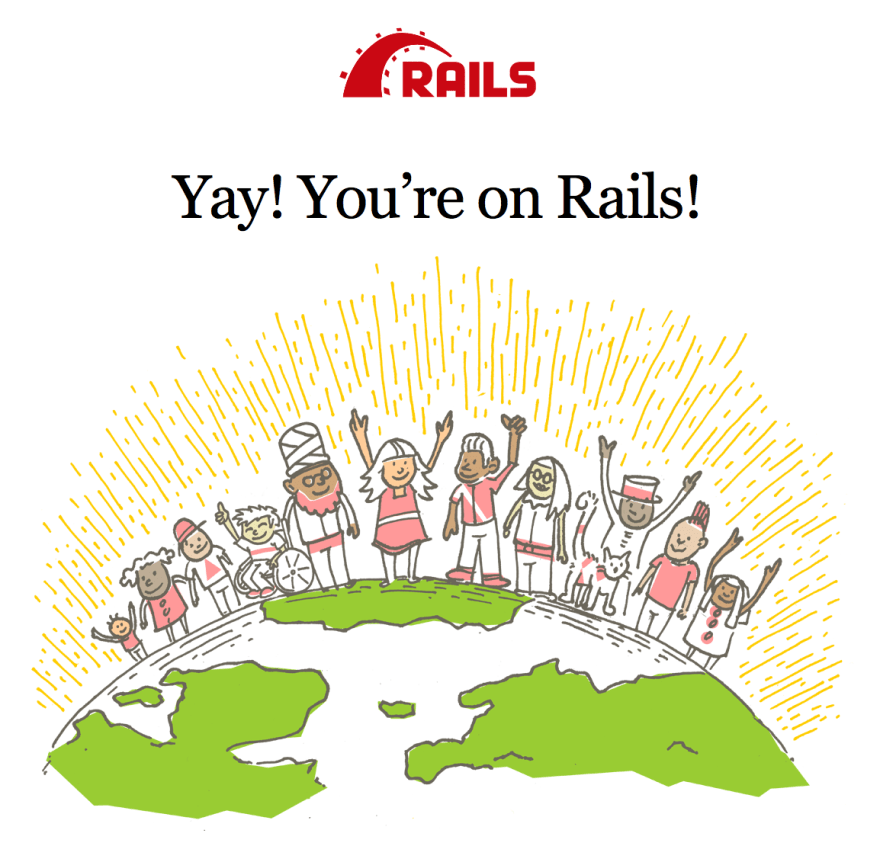 Now that you're up and running, it's time to start building your awesome application/s.

Rails UJS on Vite (⚠️ together with Turbo?)

Once suspended, sebsanzdesant will not be able to comment or publish posts until their suspension is removed.

Once unsuspended, sebsanzdesant will be able to comment and publish posts again.

Once unpublished, all posts by sebsanzdesant will become hidden and only accessible to themselves.

If sebsanzdesant is not suspended, they can still re-publish their posts from their dashboard.

Once unpublished, this post will become invisible to the public and only accessible to Sebastien Sanz de Santamara.

Thanks for keeping DEV Community 👩‍💻👨‍💻 safe. Here is what you can do to flag sebsanzdesant:

Unflagging sebsanzdesant will restore default visibility to their posts.