Let me introduce myself quickly:

I'm a youtuber that creates videos about re-creating existing applications (for example a reddit-clone). In the past I worked a lot with react and node / express + mongodb as backend.

So SQL and further PostgreSQL is very new to me.

In my last project I've decided to use this stack:

I'm pretty new to hosting something in general on AWS and I'm also using Prisma the first time.

With that said here is what I've learned:

So what I'm trying to say here is the following:

So I deployed my db to AWS and my Next.js App to Vercel.

This is my main api route and all I do (the db has 2 posts total with 0 comments):

I turned on VercelAnalytic and waited a day and this is what I got:

As you can see the performance is horrible for my simple application and loading just 2 posts.

I further added a /performance route that does just this:

The result was always between 3 to 5 seconds.

At first I thought it's a problem with Prisma and more specific it's includesyntax. I somehow thaught that nested Queries are slow.

So I opened an issue here: https://github.com/prisma/prisma/issues/4884

The awesome contributors took a closer look and found the problem(s):

As I read that, it instantly clicked!

At first I wanted to create a RDB Proxy, I think it's called on AWS - but it didn't give me the option to chose the right database. I decided to use Digital Ocean

So I headed over to Digital Ocean and created an account + db hosted in San Francisco.
It also gave me the suggestion to add a "connection pool" (that's basically the same as PGBounce - as far as my understanding goes. That was also very new to me and didn't even know existed or I needed.

...changed the .env database url to Digital Oceans one.

...Then I migrated the Schema with yarn prisma migrate dev --preview-feature and deployed the app to Vercel.

This is how it looks on Analytics: 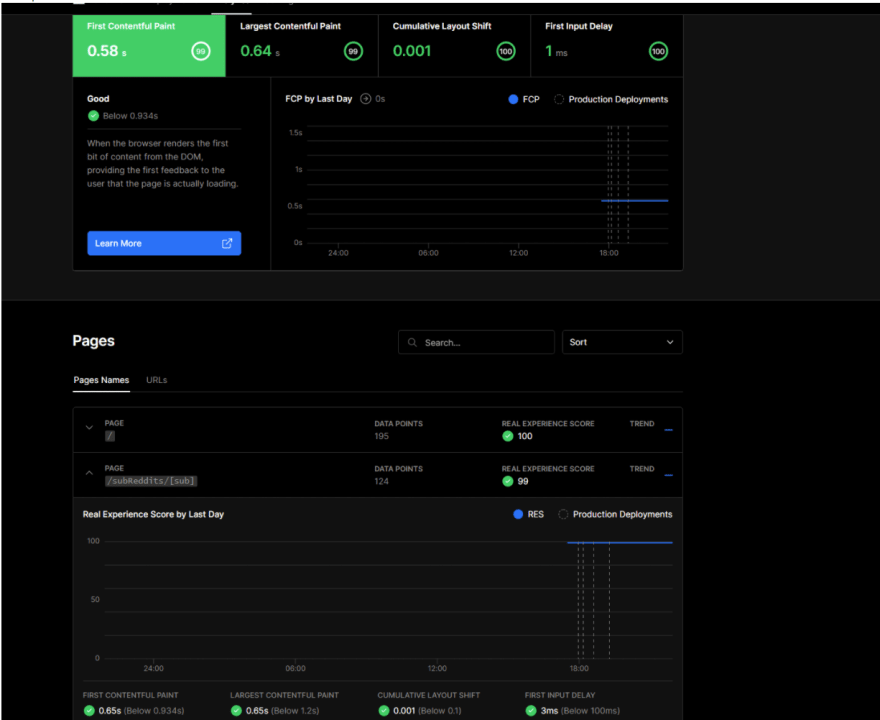 So the performance is now absolutely beautiful and I learned a lot in the process.

Thank you to all the Prisma contributors to helped me out here. These guys are awesome and I can really say:

SelfDevTV
What are your favorite language and library or framework for it?
#discuss #programming #webdev
5 open source packages to gain time for React.js
#javascript #webdev #react #productivity
I finally completed my portfolio
#beginners #career #codenewbie #programming