While it’s great to keep your CI/CD process fast, on many occasions you don’t even need to run all tests to get the feedback you need.

Unit tests run the fastest, because they test a very small piece of code in complete isolation from the rest of the system. For example, they usually don’t touch the database.

Unit tests deal with fundamental business logic, and are the most numerous, as is commonly depicted in the Test Pyramid diagram: 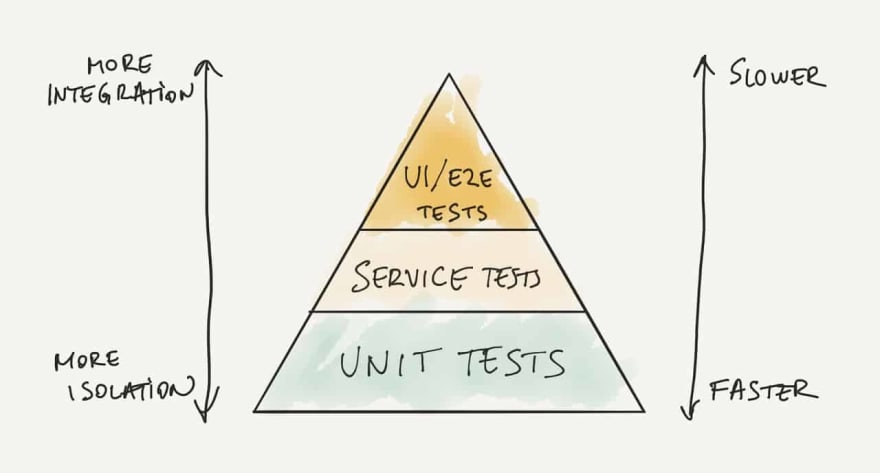 A failure in unit tests is a sign of a fundamental problem, which makes running the remaining high-level and long-running tests irrelevant.

For these reasons, projects with test suites that run for anything longer than a minute should prioritize unit tests in the continuous integration (CI) process.

How to Use Pipelines to Run Fast Tests First

A classic CI setup is to split all tests in parallel jobs: 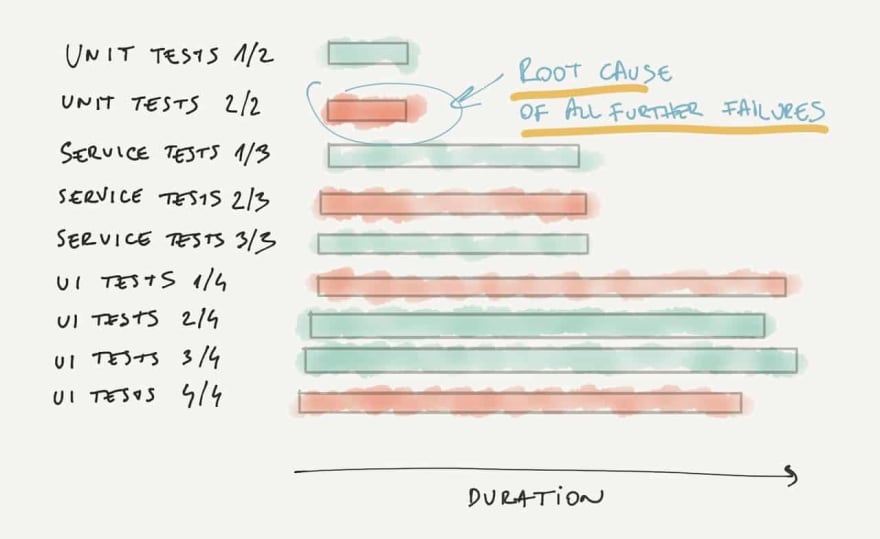 In this approach, the total CI build time is determined by the duration of the slowest parallel job. For example:

A better approach is to use customizable CI/CD pipelines. This way you can configure sequential blocks of single or parallel jobs. As soon as one block fails, the pipeline stops.

This strategy allows developers to get feedback on trivial errors in seconds. It also encourages all team members to understand the performance impact of individual tests as the code base grows.

There are additional tactics that you can use with your CI system to get fast feedback:

The same principle applies to stages in the delivery pipeline. For example, if you’re running smoke tests after deployment, you want to detect issues as quickly as possible.

What is your approach to getting fast feedback? Let me know in the comments. Happy building!