It's no secret that code sharing speeds up development. And there is no better way of teaming up and collaborating than with a monorepo — provided you have the right tools to work with it.

Lerna is a monorepo manager for JavaScript projects. It helps you take a large codebase and split it into independently deployable packages. Lerna handles every step in the release process — from downloading dependencies, linking packages together, to testing and publishing updated packages to the NPM registry.

By running on top of traditional tools such as npm and Yarn, Lerna can understand how the packages in the repository are interconnected. Needless to say, this makes it so easy to cross-reference and link packages in the same repository.

Who is using Lerna

You don't have to take my word on it. Lerna is an integral part of the development cycle of incredibly popular projects such as Babel, Facebook's Jest, Gatsby, Google's AngularJS, EmberJS, and MeteorJS. 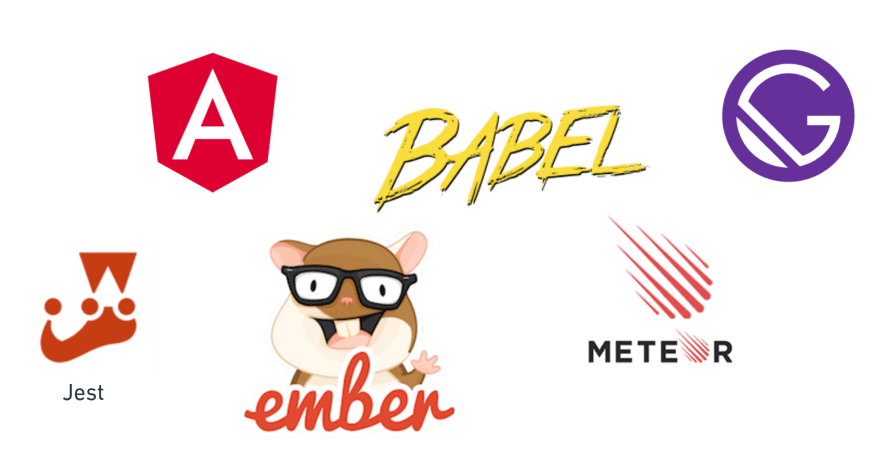 Before using Lerna you need to decide on a versioning scheme for your repository. Lerna supports two modes: fixed and independent.

Independent mode means that each package is versioned separately, allowing maintainers to bump versions independently. On publication, you'll be prompted on what to do with each updated package.

We have a little JavaScript monorepo demo to play with here:

Demo project to try out Yarn workspaces and Lerna features for monorepos.

This demo repository teaches you how to use Yarn Workspaces and Lerna to manage JavaScript monorepos. You’ll build a monorepo from two separate applications.

Check the final branch to see the end result.

This repository contains two projects. Their folders are:

Feel free to fork it and clone it as you follow this tutorial.

We'll start by generating a Lerna config with lerna init.

Move all your applications, libraries, subprojects, and shared code into the packages folder. Each project should have a package.json and, ideally, a lockfile.

Lerna should now be detecting the packages. Which, for the demo, are two: a GraphQL API service and a Next.js static website.

Use lerna bootstrap to download NPM dependencies and cross-link packages in the repository.

Now you should be able to run all tests found in every package with lerna run. Try them to make sure they work well as a group — the demo ships with unit and integration tests.

We're going to publish the packages to npmjs.com. To try out this part, you'll need at least a free account on the service. Once logged in, generate an automation token and copy the value shown somewhere safe. We'll need it in a few minutes.

While you're at it, if you haven't already, authenticate your machine with npm login.

NPM requires that all packages have unique identifiers, so we can't use the names that came with the demo repository. Hence, rename the packages by editing their respective packages.json.

Probably the easiest way of making the package name unique is by scoping them. You can make a package scoped by prefixing the name with your NPM username. In my case, I would change the first few lines of packages.json like this:

Commit the changes to the Git repository is clean:

Publishing a package is a two-step process. First, Lerna pushes all the changes to the remote repository and creates a Git tag. Then, it deploys the updates to NPM. Lerna uses Git tags to mark releases and track changes.

The first step is accomplished with lerna version.

Lerna wants to know what the following version number should be. Using semantic versioning, we have to decide how to number this release:

Before making the change, Lerna will ask for confirmation:

After picking a version, Lerna creates a tag and pushes it:

You can also combine versioning and publishing in one command:

Lerna understands Git and JavaScript. Therefore, it can detect when a package has changed. To try it, change a file and run ~lerna changed~.

You can find per-package changes details with lerna diff.

For this part you'll need a Semaphore account. If you don't have one, you can create a trial account for free with GitHub.

Now the trick is to automate all these processes in a CI/CD pipeline. The plan is to:

After login in into Semaphore, click on create new to add a new project. 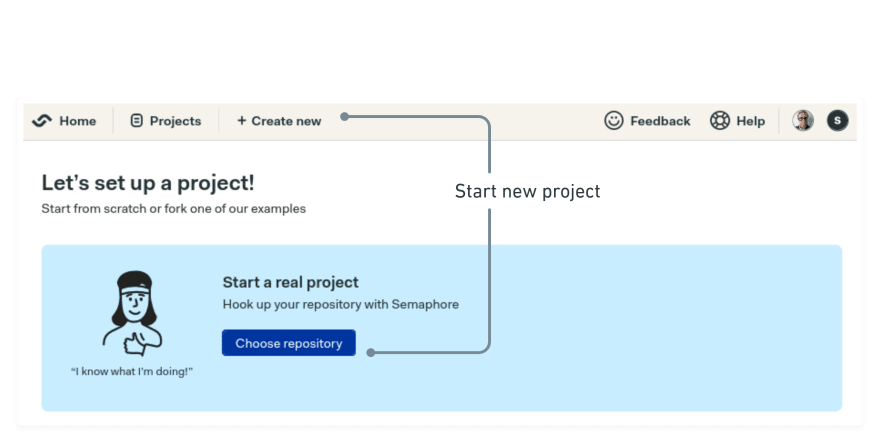 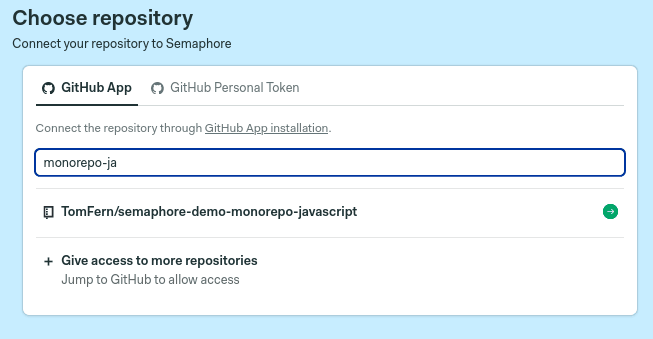 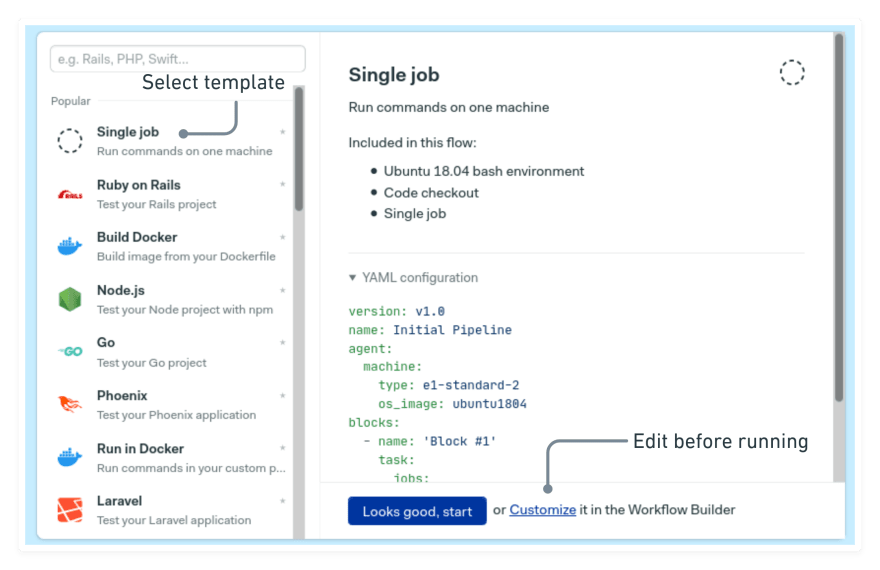 The build stage bootstraps the repository and caches the downloaded dependencies. We use lerna bootstrap and then npm exec cache to store the contents of node_modules in the Semaphore cache.

No continuous integration should lack tests. Our demo includes three types of tests:

Click on add block and scroll down on the right pane to the prologue. The prologue is executed before any jobs in the block. Type the following commands to retrieve the cached dependencies.

The test jobs are all one-liners. This is the linter:

Create two more jobs in the block, one for the unit tests:

And one for the integration tests: 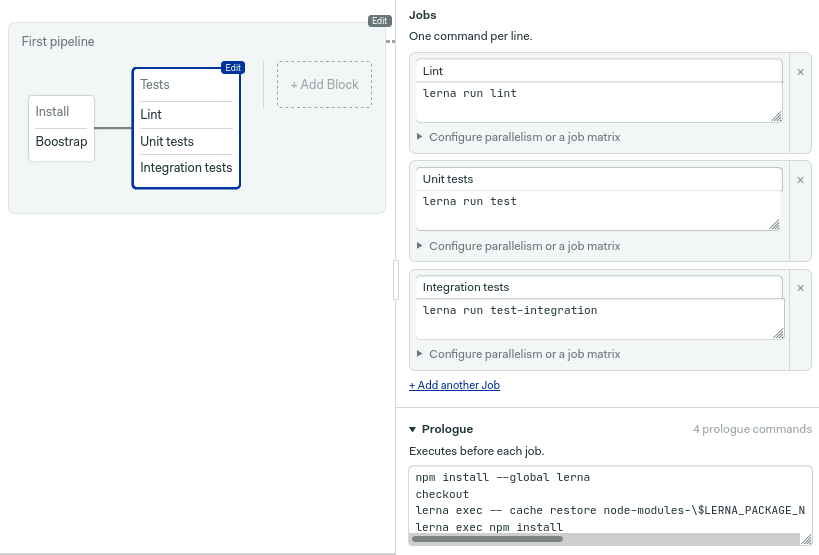 Click on "run the workflow" > start to try out the pipeline. 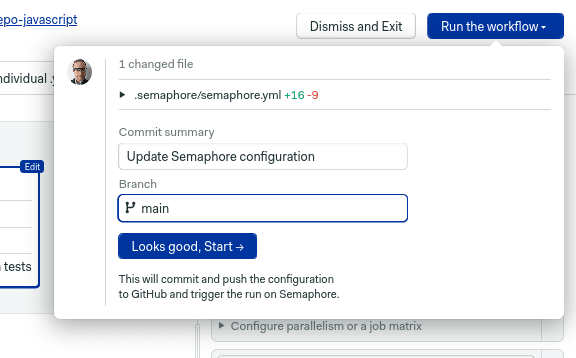 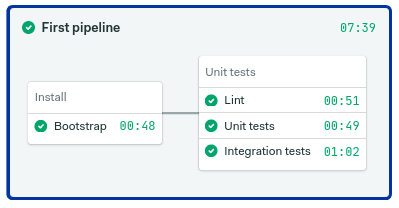 The goal here is to publish packages to the NPM registry using continuous delivery.

We'll begin by creating a secret on Semaphore. Click on settings on the main menu.

Then go to secrets and press create secret. In value, type NPM_TOKEN and fill in the automation token generated earlier. Save the secret. 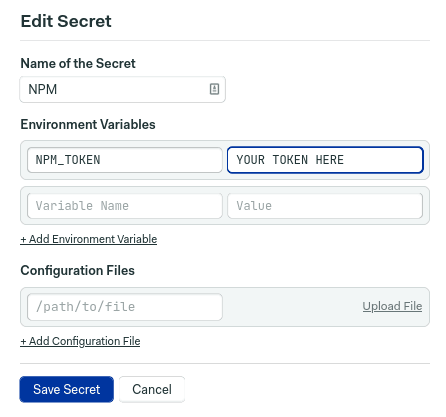 Go back to the workflow in Semaphore and click on edit workflow to open the editor.

Click on add promotion to create a second pipeline. Enable the automatic promotion checkbox and type this line, which selects tagged releases: 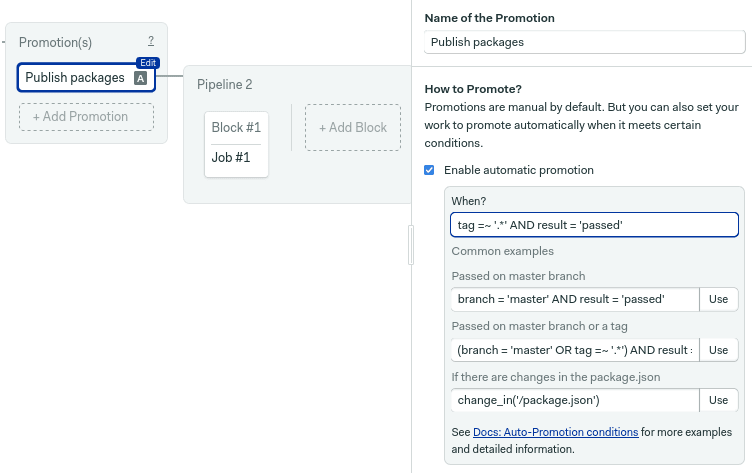 Click on the first job on the delivery pipeline and use the following commands in the job.

Scroll down and check the NPM secret created earlier.

Save the pipeline. It will run one more time, but no releases will take place. Next, try updating one of the packages using lerna version from your own machine.

The pipeline should start when Lerna pushes the tagged release.

Lerna detects by itself which packages have changed since the last release and publishes only the new versions. But this feature only works for publishing, not testing.

While Lerna doesn't support change-based testing, Semaphore does. And it's pretty easy to configure. The trick is in the change_in function, which calculates folder and file changes. Let's see how to use it.

To use change_in, you'll need to create separate test paths for each package or group of packages. In other words, you have to edit the jobs in "Test" so they only operate on one of the packages using the --scope option. As an example, this makes the lint job run only on the @tomfern/api package.

Repeat the change in the rest of the test jobs.

The magic trick comes now. Scroll down until you reach "Skip/Run conditions" and select Run this block when conditions are met. For example, the following condition is triggered when a file changes in the /packages/api folder.

If your repository's default branch is master, you can omit the { default_branch: 'main' } part.

Repeat the same procedure for the web package:

Click on Run the workflow to save the setup and try the pipeline. Well used, change detection can significantly speed up pipelines. 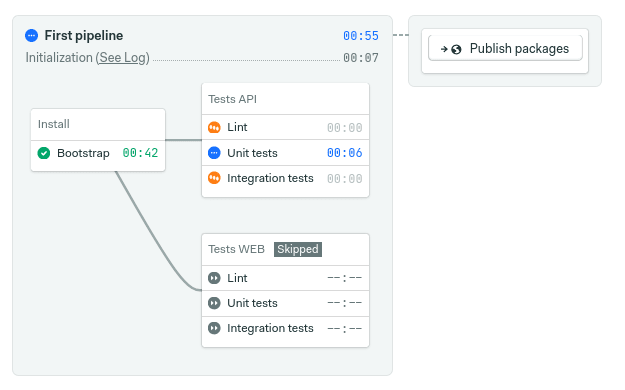 As always, there is still some room for improvement. For example, you might want to use Lerna's package hoisting to reduce the size of the node_modules.

Bear in mind that Lerna can team up with Yarn, if you so prefer. You can switch from npm to yarn by adding these lines into lerna.json:

One of the benefits of this is that we can use Yarn workspaces to avoid using node_modules altogether.

Monorepos are gaining popularity. In great part, thanks to improved tooling support. If you have many JavaScript packages in one repository and want to publish them to NPM, Lerna is the right tool for the job.

Are you a JavaScript developer? We have a lot of exciting stuff for you:

Is CI/CD stuck on the evolution ladder?