The code in an ML project will probably be read many times, so making our workflow easier to understand will be appreciated later by everyone on the team.
During ML projects, we need to access data in a similar manner (throughout our workflow) for training, validating and predicting our model and data. A clear semantic for accessing the data allows for easier code management between projects. Additionally naming conventions are also very useful in order to be able to understand and reuse the code in an optimal manner.

There are some tools that can assist in this cleanliness such as the usage of Pipelines and Dataclasses.

Pipeline is a meta object that assists in managing the processes in a ML model. Pipelines can encapsulate separate processes which can later on be combined together.

Forcing a workflow to be implemented within a Pipeline objects can be nuisance at the beginning (especially the conversion between pandas DataFrame and np.ndarray ), but down-the-line it guaranties the quality of the model (no data leakage, modularity etc.). Here is Kevin Markham 4 min. video explaining pipeline advantages.

Another useful Python object to save datasets along the pipeline are dataclasses. Before Python 3.7 you may have been using namedtuple, however after Python 3.7 dataclasses were introduced, and are now a great candidate for storing such data objects. Using dataclasses allows for access consistency to the various datasets throughout the ML Pipeline.

Since we are not analysing any dataset, this blog post is an example of an advance pipeline that incorporates non standard pieces (none standard sklearn modules).

Assuming that we have a classification problem and our data has numeric and categorical column types, the pipeline incorporates:

We may build our pipeline as follows:

So now the time has come to cut up our data... 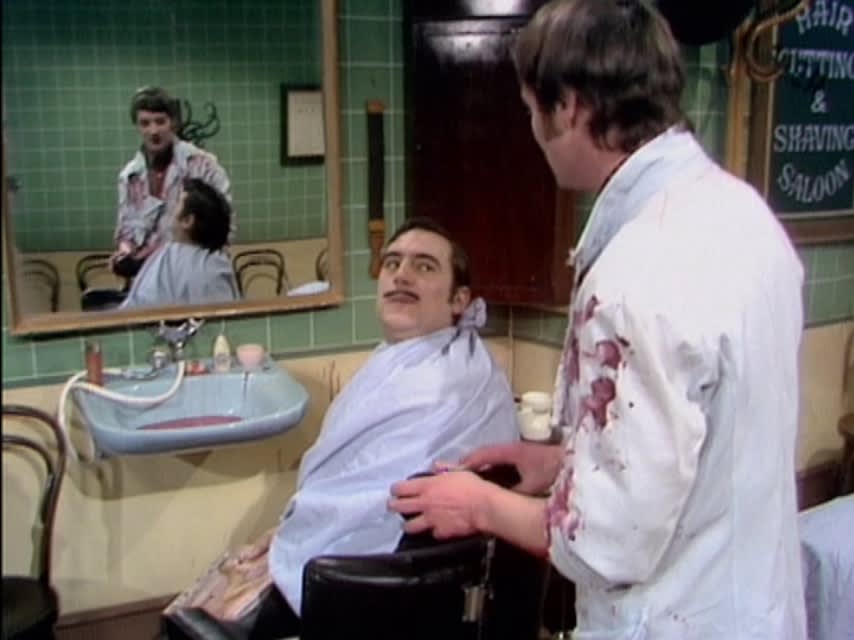 Test vs. Train vs. Valid

A common workflow when developing an ML model is the necessity to split the date into Test/Train/Valid datasets. 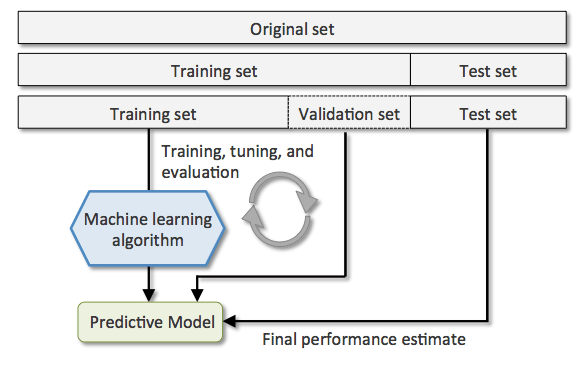 In a nut shell the difference between the data are:

Each dataset will have similar attributes that we will need to save and access throughout the ML workflow.

In order to prevent confusion lets create a dataclass to save the datasets in a structured manner.

Now we can create the training and test datasets as follows:

Each dataclass will have the following fields:

Additionally we will store a name for the dataclass (in the init function) to easily referencing it along the pipeline.

There are several methods that can be used to split the datasets. When data are imbalanced it is important to split the data with a stratified method. In our case, we chose to use StratifiedShuffleSplit however, in contrast to the simple train-test split which returns the datasets themselves, the StratifiedShuffleSplit returns only the indices for each group, thus we will need a helper function to get the dataset themselves (our helper function is nice and minimal for the usage of our dataclasses).

Now we can run the first part of our Pipeline

Once we have fit_transform our data (allowing for vtreat magic to work), we can introduce the catboost classifier into our Pipeline.

Finally we can get some results

Now when we analyse our model we can generate our metrics (e.g. confusion_matrix) by easily referencing to the relevant dataset as follows:

This blog post outlines the advantages for using Pipelines and Dataclasses.

Working with the Dataclasses is really a no-brainer since it is very simple and can easily be incorporated into any code base. Pipelines require more effort while integrating them into the code, but the benefits are substantial and well worth it.
I hope the example illustrated the potential for such usage and will inspire and encourage you to try it out.

Once suspended, sephib will not be able to comment or publish posts until their suspension is removed.

Once unsuspended, sephib will be able to comment and publish posts again.

Once unpublished, all posts by sephib will become hidden and only accessible to themselves.

If sephib is not suspended, they can still re-publish their posts from their dashboard.

Once unpublished, this post will become invisible to the public and only accessible to Sephi Berry.

Thanks for keeping DEV Community 👩‍💻👨‍💻 safe. Here is what you can do to flag sephib:

Unflagging sephib will restore default visibility to their posts.