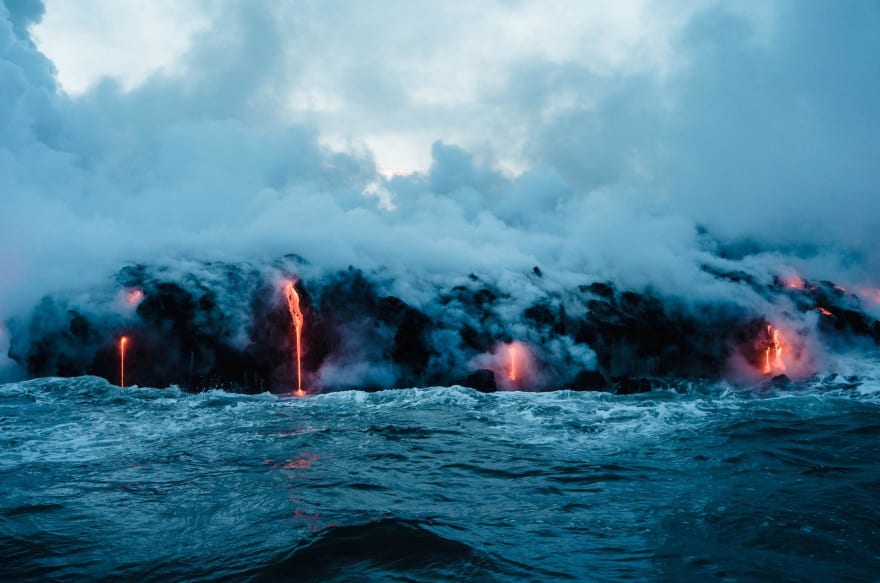 In this post, I’ll walk through two new exciting things that have happened in the spring ecosystem recently. First is spring webflux support for kotlin couroutines and second is the overhaul of spring security, and the addition of the out of the box oauth2 client support for social logins.

For me one of the most impactful new features is the integration with spring coroutines throw the Flow primitive. The integration makes writing reactive code a lot more straightforward - no more subscribeOn and observeOn operations. Instead of thinking in terms of Mono and Flux based primitives borrowed from reactor, it allows a straightforward way to generate cold streams instead. Kotlin flow allows us to write purely asynchronous code in an sequential/imperative manner - which in turn means an existing codebase using blocking code can be converted to use the non-reactive paradigm a lot easier. Another advantage of using coroutines based non-blocking code is that coroutines have been implemented as lightweight threads whereas schedulers with reactor can incur a lot of performance overhead as they have to context switch between threads. As we progress forward in this post, people who are already familiar with composing non-reactive code in webflux will see what I mean.

What we will be building

To demonstrate the way this works, we will try to develop an asynchronous api that connects to a GitHub account and gets all the starred repos for a user. The api will use spring webflux with Kotlin Flow and we will integrate that with the spring oauth2 client to ensure the user is logged in.

To start off, let’s create a new gradle project in whatever IDE you prefer (I use Intellij IDEA) and add the following set of dependencies:

As you can see we have simply used the normal way of defining a new spring based REST api controller but instead of using the standard router annotations we took the approach of using the coRouter. It’s more of a personal preference since it allows me to see my whole api surface area in a more concise format. However, you could easily replace it with the more common Spring MVC style annotation based approach.

Next we will build a handler that let’s us handle our service response.

Nothing special about the handler except two main distinctions when compared to equivalent reactor based approach. First is that we have made the function getStarredRepos() a suspending function - which means it tells the compiler that this code will be run inside a couroutines context. The second interesting thing to note is theat we used a bodyAndAwait() instead of body() method for a server response. This extension allows us to correctly get the body from suspending couroutine context while the service is generating a response without blocking the calling thread.

Now let’s jump into the service code - we will use the new spring Oauth2 client with comes with first class webflux support to make our app support the GitHub Oauth login.

To begin with, register a new app in Github. Once done, add a new application.yml file and add your oauth details like:

This tells the Oauth client what credentials to use when redirecting a non authenticated user to Github authentication page. The default authorization callback url setup by the spring is: http://localhost:8080/login/oauth2/code/github .In and of itself all oauth client will do is grab the github authorization grant and store that data in a JSESSION cookie. If that's all you want to do then that's fine - however, I would also like to show the user their starred github repositories. To achieve that we need to be able to somehow get the access token and make an authenticated call on behalf of the user. Spring provides a nice and secure interface to achieve that as well - enter the authenticated webclient.

Webclient is the reactive counterpart of the old and trusty RestTemplate from the Spring MVC days introduced in Spring webflux. It allows us to make calls to APIs in a non-blocking api and comes with nice composition and testing support. In our case, we will build a spring config that will populate the current context with an authenticated webclient for the current logged in user.

The key to setting the right authentication credentials is the line oauth.setDefaultOAuth2AuthorizedClient(true) which allows the github client bean to be automatically authenticated with the current users github tokens, simple and delightful.

Now we'll go ahead and wire up the last piece of this puzzle which is the service layer that allows us to tie the authenticated webclient with an API call. So let's go ahead and do that:

To explain a bit of what's going in this code snippet, we have created another suspendable function getUserStaarredRepos() that retrieves the starred repos from github and uses our pre authenticated oauth webclient to do so. One callout here would be the return type which is of the type Flow<String> . This possible due to Kotlins extension based programming approach where the coroutines team have created an extension for the webclient which is functionally equal to reactor's bodyToFlux() method.

That concludes our build for this app. To test, let's fire it up using the ever helpful gradle bootRun command (you should run this in your terminal with the current directory set to this sample project root):

Once done, this will start up our Springboot app and you should be able to navigate to localhost:8080 to see it in action.

As someone who moved from springboot with spring mvc building blocking code to using spring webflux and spending hours to understand the non-blocking paradigm - the Flow support in webflux is a welcome evolution. The potential of migrating existing codebases to non-blocking stream based paradigm has been greatly amplified, and I can already see the impact it is having in making my own side projects a lot easier to build and reason about!

If you'd like to experiment yourself the source code for this post can be found on github.

This post can also be found on my blog

How to customize Jetty in Spring - Custom Error Handler

Once suspended, shavz will not be able to comment or publish posts until their suspension is removed.

Once unsuspended, shavz will be able to comment and publish posts again.

Once unpublished, all posts by shavz will become hidden and only accessible to themselves.

If shavz is not suspended, they can still re-publish their posts from their dashboard.

Once unpublished, this post will become invisible to the public and only accessible to Shiveen Pandita.

Thanks for keeping DEV Community 👩‍💻👨‍💻 safe. Here is what you can do to flag shavz:

Unflagging shavz will restore default visibility to their posts.