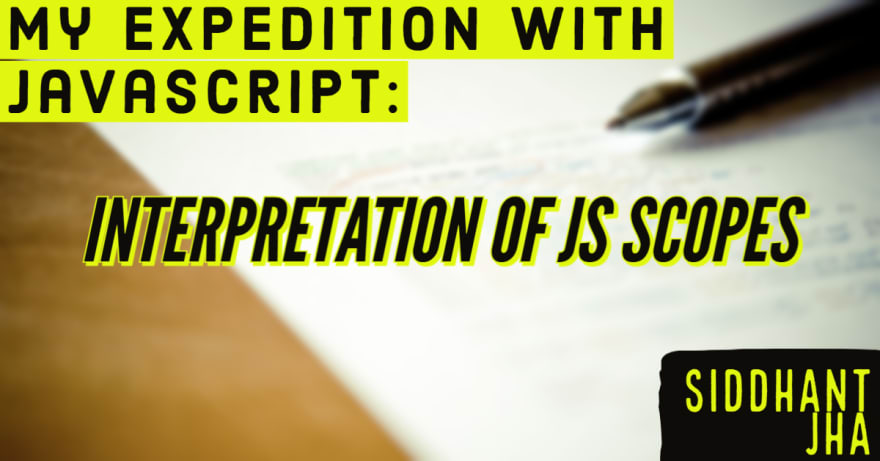 I hope you all are keeping safe and getting adapted to the new normal. I am reinitiating my journey into the world of JavaScript after a break and I thought there is no better way to commit myself to this new endeavor than documenting my up’s and down’s with the most popular programming language out there.

Today, I tried to learn about “Scopes” in JavaScript. Here’s what I understood in most condensed form:

Let’s See This In Action 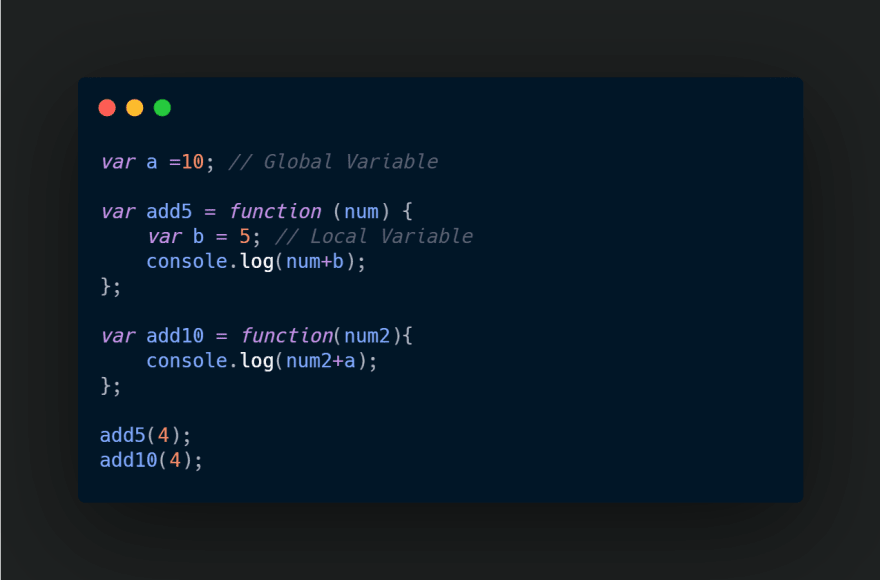 In the example above, I have declared a variable “a” under the carnage of “Global Scope” and another variable “b” under the code block of the function named “add5” and the scope of the variable is “Local Scope”.

Due to the method of the declaration mentioned above “variable a” can be used whenever and wherever the user required independent of the code block while “variable b” can be used inside the function “add5” only.

That’s what I have learned today. I will try my best to keep this streak up and running all I need from you guys is support and motivation. Will catch up with you guys in the next post till then “Keep Learning, Keep Growing”.

Siddhant Jha
I am a Technical Writer by day and a self learned programmer by night. I love working under the hood and being anonymous
Style console.log() output with CSS
#javascript #css #tutorial #beginners
Top 20 SVG Animation in CodePen
#html #css #beginners #tutorial
So, how many of you respect CSS as a programming language?
#webdev #css #discuss