Git is a very important tool for developers all around to world . Git can do much more than just creating a repository for storing your code , like :

b)Git branch is used for adding or testing a new feature without breaking your main app.

d)Git checkout entering the branch
Eg: git checkout branch1
You are then switched to branch1 from main/master branch in your local machine.

g)This will then take the branch that is in your local machine and add it in your github repo (that is it will create the remote branch).

This is used when making changes to somebody else’s repo you have no ownership on.
Steps to fork: You open the repo which you wish to fork
You can see a button in the rightmost corner with the word fork on it .Click on it and then that repo will be forked.
Once forked , a cloned repo will be created in your profile. 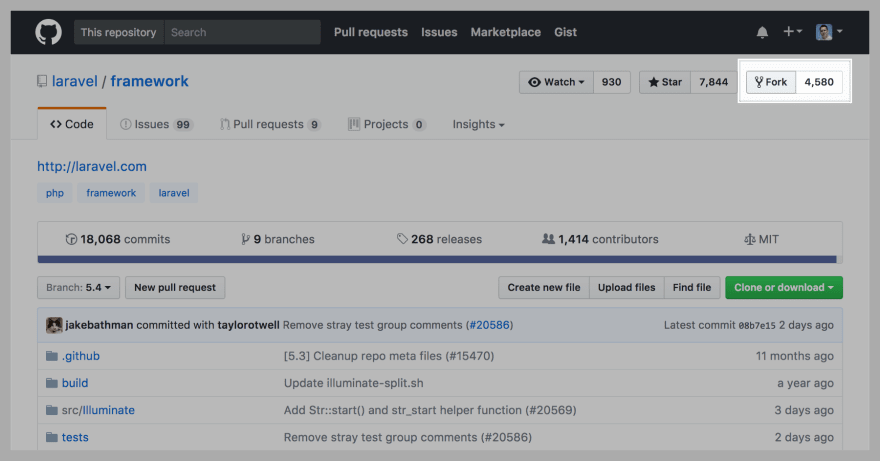 While working in a forked repo ,my advice is to create a branch and make changes in it and then merge into the master/main branch in your cloned repo.This will help you detect If there are any merge conflicts.You can then remove the merge conflicts and create a Pull requests.

You create Pull request once you have done making changes and now you want to add them into the main branch.

While creating a pull request in someone else’s repo they have to approve your Pull request.

Reasons for conflicts:
1.When one file is edited in one PR but deleted in another.
2.When the same line in the file has been edited in 2 different branches

Once you know the reason for conflict you can solve it directly from git or using command line.

Cat : this will give you the contents of file where you have the merge conflicts.
You will see something like

To solve this,
Open code editor if your choice , 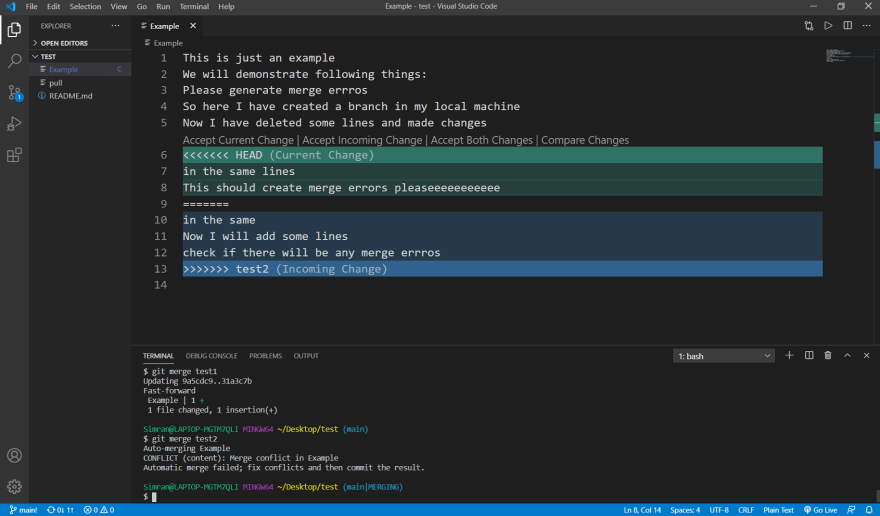 I have used VS code here , you can see it shows the conflict block,It also provides you with the option of accepting current changes, Accepting incoming change , accept both the changes and compare changes.
Once you choose the options , git add . and then git commit -m “merged resolved”.
This can then resolve all the merge conflicts.

You can solve merge conflicts directly from github too. While creating a pull request it will show that there are merge conflicts.Once pull request is created you can resolve conflicts. Github opens an editor you can then manually edit what you want to keep. Once done the marked resolved button will be active and then you can merge the branch. 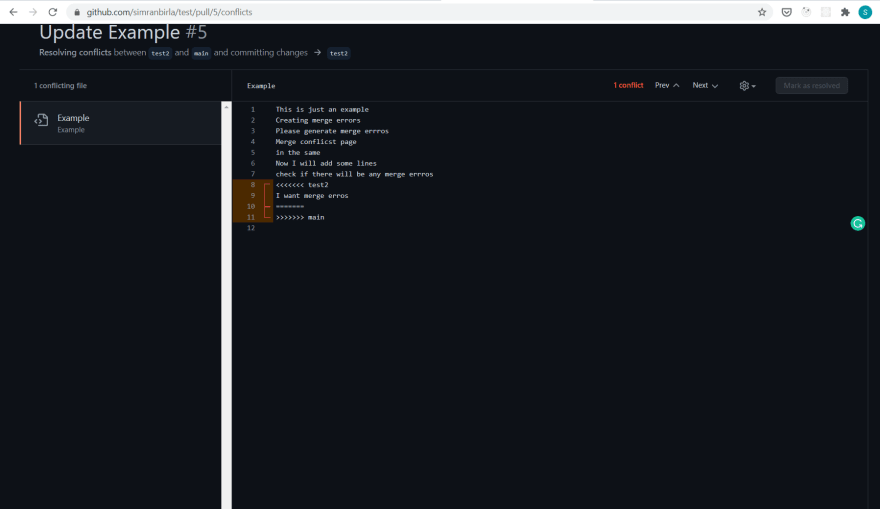 Once suspended, simranbirla will not be able to comment or publish posts until their suspension is removed.

Once unsuspended, simranbirla will be able to comment and publish posts again.

Once unpublished, all posts by simranbirla will become hidden and only accessible to themselves.

If simranbirla is not suspended, they can still re-publish their posts from their dashboard.

Once unpublished, this post will become invisible to the public and only accessible to Simran Birla.

Thanks for keeping DEV Community 👩‍💻👨‍💻 safe. Here is what you can do to flag simranbirla:

Unflagging simranbirla will restore default visibility to their posts.