Render technically means to provide service.
While using react, we all have heard the word rendering thousands of times. What exactly does react render?

React renders the HTML elements on the screen. It creates the DOM object.

How does rendering happen?

While writing a simple code in React we use the method render(),
consider the example: 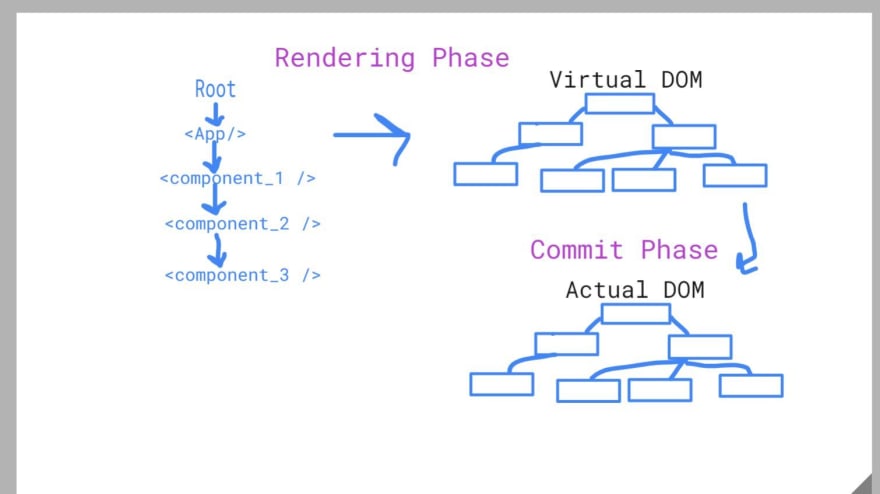 Here, the App component will be rendered inside the element with the id root. In react, we write JSX elements which are to be displayed on the screen as HTML elements. Once the JSX elements are written we need to display them on screen, this is done using the render() function of the ReactDOM.

It displays the same results as the above.
Here, Hello world is to be displayed and it is displayed inside the element with the id root.

The elements in the react component are mounted on DOM in 2 steps: rendering and commit.
In the rendering phase, the components written in React goes in hierarchical order and form a tree, in which the JSX elements are converted into React/javascript elements.
Once this is created a virtual DOM is formed. Then the commit phase initiates and the virtual DOM is created into the actual DOM. This is the initial rendering.

What happens when re-rendering? 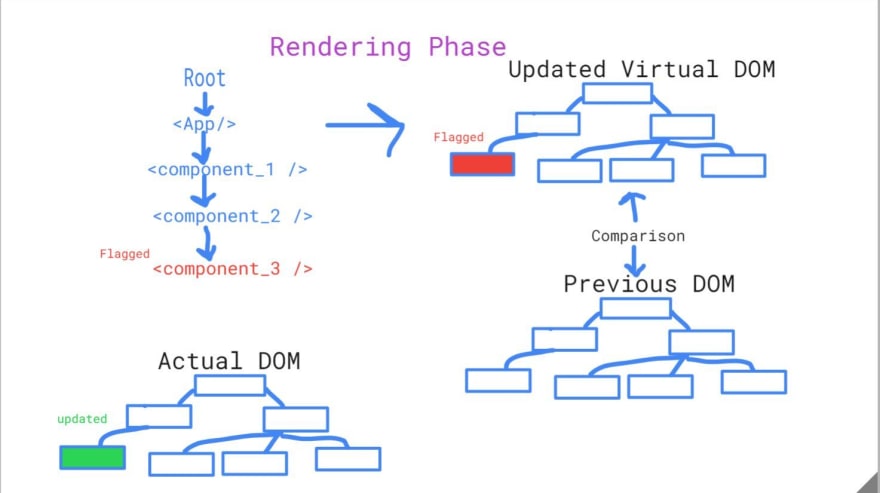 Why too many re-renders happen?

I made too many mistakes of too many re-renders when I just started using react. These were the few mistakes I made:

const [data,setData]=useState();
1.When you use a setData in JSX elements.

The component will render, see there is setData and then set the data and again render and this will happen which will eventually give an error.

2.When you use setData inside an useEffect function with data as your dependency. This is wrong, this happens because useEffect will run when you have changed data and you are changing data every time you use setData.

This is how react renders its JSX elements. Thus it is said that "the commit phase usually very fast but rendering can be slow."

Tokyo Drift : detecting drift in images with NannyML and Whylogs

How to simply create custom filters in Django

Once suspended, simranbirla will not be able to comment or publish posts until their suspension is removed.

Once unsuspended, simranbirla will be able to comment and publish posts again.

Once unpublished, all posts by simranbirla will become hidden and only accessible to themselves.

If simranbirla is not suspended, they can still re-publish their posts from their dashboard.

Once unpublished, this post will become invisible to the public and only accessible to Simran Birla.

Thanks for keeping DEV Community 👩‍💻👨‍💻 safe. Here is what you can do to flag simranbirla:

Unflagging simranbirla will restore default visibility to their posts.