It all started on facebook, I was reading Tech crunch news until a notification popped up, my friend Med Bouasria tagged me on a job announcement on a facebook post of Hidden Founders, they were looking for a front end developer, I wasn’t really sure If a self-taught undergraduate person like me will get a job, so I left a reply on the comment section saying that “they will ask me for a degree”, but surprisingly Hidden Founders themselves replied to my comment clarifying that they don’t really care about degrees, so obviously I applied. After some days, I got a reply asking me for an interview and because I wasn’t living in the same city I asked if there is any possibility for a skype interview, and yes they nicely accepted.

It was nice speaking with Zakaria Braksa who’s VP of engineering at HF who asked me by the way direct questions like “what can you do? have you ever faced any problems ? if so how did you solve them ?..”. I got accepted for one month paid internship. when time has come to travel so that I start my internship, I had four different opportunities :

But really thanks to Med Bouasria who kept saying good things about them and which motivated me more to join them ASAP. The first thing that surprised me during the first day is their CEO who wasn’t wearing a suit, He also offered me a free nespresso coffee the first 2 days and everyone welcomed me on Slack, they invited me into Trello boards, Invision and Github repositories. The CTO Adil Haizoune gave me an UI that I had to code from scratch using flexbox which I learnt that day, also learnt about Gulp & Yeoman thanks to Reda. Med Bouasria helped me explaining to me Vue js components then I started working on the node web app. there was some issues on the workflow, but the CEO along with the CTO managed to solve them to avoid such issues in future projects. 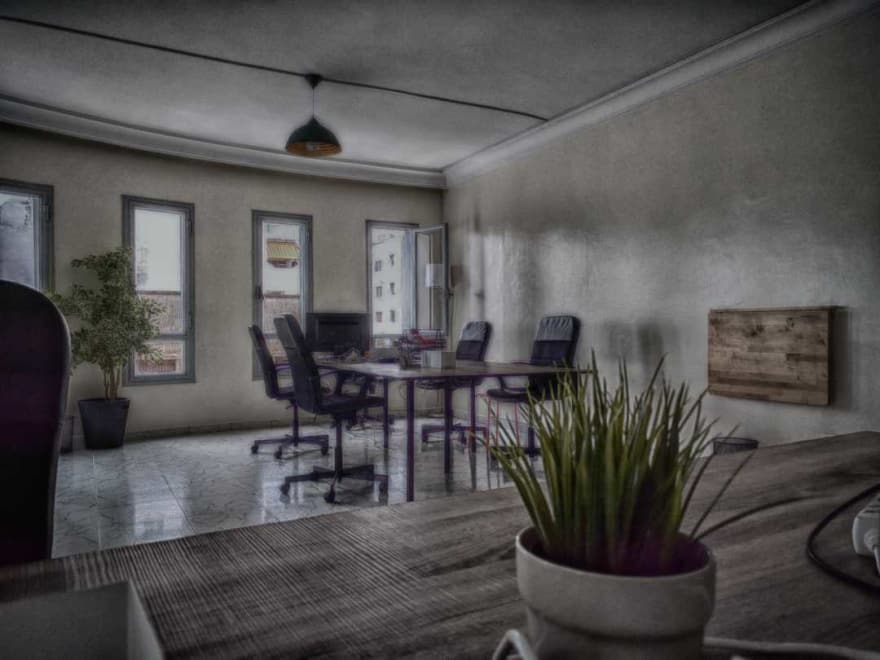 The day before my internship ended, Adil Haizoune invited me to join them as a full time front end developer which made really happy because finally I can prove to my parents and the people I know that you can actually get a job without a degree, second thing is that everyone there get the same salary no matter what degree you do have.

During the last day, I spent most of it preparing a nice UI kit along with a 960 grid system for Ahmed — a new intern — who joined us too, I explained everything he needed while I’ll be absent for a week to pack my stuff from home and get them to this city I’ll be living in.

In a nutshell, I’ve never thought this would happen someday but it did happen, getting a full time job offer as a front end developer without any degree but for being self taught.

Days after I started working with the folks at HF, I resigned due to the low salary I got offered knowing that I get paid more than that working as a free lancer and that is the difference between getting paid per project/work and getting paid per hour.

Lessons I learned at a startup