The Python programming language developed by Guido Van Rossum in the 1990s is ranked as the third most popular programming language in the Stack Overflow Developer Survey 2021. Numpy and Pandas packages of Python are the preferred choices of 33.84% and 28.12% of developers globally and are primarily used in Data Science and Machine Learning.

The Python programming language ranks fourth in terms of the most readily available package, there are high chances that whatever you are trying to build, there is already a package dedicated to it making your life a lot easier. All of these facts are a clear indication of the ever-growing popularity of Python Programming Language.

The reason for Python being one of the most popular programming language are:-

Feel free to explore the libraries mentioned below by making python projects.

If you are working on Machine Learning based projects or are looking to switch to Machine Learning then there are very high chances that you will use TensorFlow. The TensorFlow library developed by Google in collaboration with the Brain team is a part of almost every google application for Machine Learning. It is ranked as the most popular deep learning framework.

The name “TensorFlow” is derived from the operations that neural networks perform on multidimensional data arrays or tensors, it's literally a flow of tensors. This is primarily used for developing and training highly efficient Machine Learning and Deep Learning Models.

TensorFlow works like a computational library for writing new algorithms that involve a large number of tensor operations, since neural networks can be easily expressed as computational graphs they can be implemented using TensorFlow as a series of operations on Tensors.

The tensorflow library makes use of techniques like XLA to perform linear algebra operations quickly. Let us look at the important features of TensorFlow:

Keras is a powerful and easy to use free open source deep learning API written in Python and built on top of TensorFlow used for developing and evaluating deep learning models.. It has been developed by an artificial intelligence researched at Google named Francois Chollet. Keras is an industry-strength framework that can scale to large clusters of GPU. It wraps the efficient numerical computation libraries, Theano and TensorFlow and allows to define and train neural network models in just a few lines of code. Keras’ impressive deployment capabilities let you deploy your models on a variety of platforms, including web browsers, embedded devices, iOS, and Android devices.

In the survey conducted by Developer Committee of Keras in 2019, Keras ranked as #1 for deep learning both among primary frameworks and all other frameworks used.The main features of Keras are:

There are 10 pretrained models available in Keras. These models are used for image classification and their weights are trained on ImageNet dataset. The models are available in the “applications” module of Keras. Many industries use Keras as their primary deep learning framework: 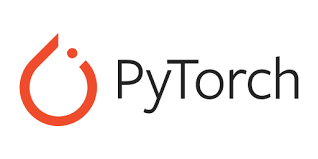 The PyTorch library of Python developed by Soumith Chintala in 2017 provides tools and libraries for developing GPU-powered machine learning applications. It allows you to create dynamic computational graphs and calculate gradients automatically. PyTorch also offers a rich API support to solve application issues related to neural networks. One of the most interesting fact about PyTorch is that it offers a C++ interface as well apart from the usual Python interface. The growing developer interest in the PyTorch library since its inception can be attributed to its easy syntax, useful libraries, support for dynamic computation graphs and excellent community support.

PyTorch provides a great platform to execute deep learning models with increasing flexibility and speed built to deeply integrate with python. Some of the interesting features of PyTorch are:

PyTorch gives birth to a range of unique and exciting deep learning projects and libraries. It is primarily used for Natural Language processing. Some of the real-world applications of PyTorch are enlisted below:

The Theano library of Python created by Montreal Institute for Learning Algorithms is used to perform computations on mathematical expressions. It is built on top of Numpy and is used to carry out intensive mathematical and scientific calculations. Theano’s support for GPUs speeds up the computation time up to 140 times than what’s achievable with a CPU. The library can be downloaded easily from PyPI or with the following command “pip install Theano”.

Robust capabilities of Theano makes it a quite suitable option for computationally intensive scientific research tasks as well, it's also quite efficient for smaller workloads as well.

Theano is the strength of multiple neural network projects today and the popularity of Theano is only growing with time. Following are the main application areas of Theano

The SciPy library stands for Scientific Python. It was developed by Numpy’s creator Travis Olliphant. It's predominantly written in Python, and few segments are written in C.

It is a scientific python open source distributed under the BSD licensed library to perform mathematical, scientific and engineering computations. The libraries offered by the entire SciPy ecosystem including Numpy, Matplotlib, Pandas, IPython and SymPy have been curated to provide a convenient library stack that can take on intensive computations from domains like mathematics, science, and engineering, making things easier for data scientists and developers alike.The library is available for download with a simple command “pip install scipy”. It's important to note that although the SciPy stack consists of other libraries as well, you will need to install them separately.

It provides many user-friendly and efficient numerical routines, such as routines for numerical integration, interpolation, optimization, linear algebra, and statistics. Some of the important features of Scipy are: 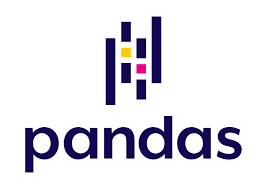 Pandas library developed by Wes McKinney is a popular high-performance Python library widely used for solving Machine Learning and Data Science Problems. Python with Pandas is used in a wide range of fields including academic and commercial domains including finance, economics, Statistics, analytics, etc.It offers flexible and extremely responsive Data structures for working with time series and structured data along with a stack of other vital features. Pandas have so many inbuilt methods for grouping, combining data, and filtering, as well as time-series functionality.

Let us look at the various features of Pandas library in Python:

Pandas packages of Python are the preferred choices of 28.12% of developers globally and are primarily used in Data Science and Machine Learning. The major applications of Pandas library in Python are: 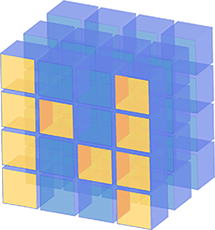 The numpy library developed by Travis Oliphant is the fundamental package for python providing support for large multidimensional arrays and matrices along with a collection of high-level mathematical functions to execute these functions.

It relies on BLAS and LAPACK for efficient linear algebra computations. TensorFlow uses Numpy internally for performing multiple operations on Tensors.The two vital benefits that NumPy has to offer is the support for powerful N-dimensional array objects and built-in tools for performing intensive mathematical as well as scientific calculations. If you want to give this library a try, you can do so by adding it to your system with the command “pip install numpy”.

The features of Numpy are enlisted below: 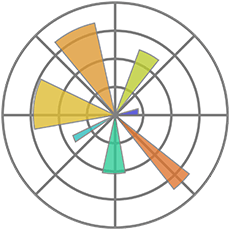 The Matplotlib library developed by John D. Hunter is one of the most popular visualization libraries for Python. Matplotlib is a comprehensive library for creating static, animated and interactive visualizations in Python by creating a wide variety of visualizations, including line plots, histograms, bar charts, pie charts, scatter plots, tables, and many other styles.Matplotlib is written in Python and makes use of NumPy, the numerical mathematics extension of Python. It provides an object-oriented API that helps in embedding plots in applications using Python GUI toolkits such as PyQt, WxPythonotTkinter. It can be used in Python and IPython shells, Jupyter notebook and web application servers also.

You can add Matplotlib to your development environment using the command, “pip install matplotlib”.

The latest version of Matplotlib 3.3 supports some really exciting features, some of the latest highlighted feature are listed below:

The Pygame library in Python developed by Pete Shinners is used to provide developer access to game development tools and libraries. It's the best and most popular game development library provided by Python and is cross-platform. It is built on top of SDL(Simple DirectMedia Layer) which provides low-level access to computer hardware like keyboard, mouse, and graphics hardware like the GPU via OpenGL and Direct3D.

If you want to give game development using PyGame a try, you can install the library easily using the command, “pip install pygame”.

Pygame is a cross-platform library offering tons of useful features that aids in Fame development. Some of them are listed below:

The BeautifulSoup library developed by Leonard Richardson is among the top libraries for web scraping and is used to scrape all or specified data from web pages.

The purpose of creating this library was to make information gathering from web pages a painless activity. It works with your favorite parser to provide idiomatic ways of navigating, searching, and modifying the parse tree. It commonly saves programmers hours or days of work.Installation of the library is straightforward, just run the command “pip install beautifulsoup4”, which downloads the latest v4 of the library that supports Python 3.

Some of the features of the library are mentioned below:

The BeautifulSoup library in Python is widely used in web scraping. Some of the applications are listed below:

The “Python library” contains several different kinds of components. It contains data types that would normally be considered part of the “core” of a language, such as numbers and lists, The library also contains built-in functions and exceptions — objects that can be used by all Python code without the need of an import statement.

Apart from the nine libraries explored above, there are plenty of other important and useful libraries as well, you will get to know them once you start making projects. Learning by doing is what an aspiring developer must do!!.

Once suspended, soniajm will not be able to comment or publish posts until their suspension is removed.

Once unsuspended, soniajm will be able to comment and publish posts again.

Once unpublished, all posts by soniajm will become hidden and only accessible to themselves.

If soniajm is not suspended, they can still re-publish their posts from their dashboard.

Once unpublished, this post will become invisible to the public and only accessible to Sonia Mathias.

Thanks for keeping DEV Community 👩‍💻👨‍💻 safe. Here is what you can do to flag soniajm:

Unflagging soniajm will restore default visibility to their posts.