Docker came to facilitate the creation and management of environments, for personal users, enterprises, and open-source communities.
Running just a command, we can now have the entire environment that the project was built with, with its versions and applications installed and running, easy setup.

And the phrase "but it works on my machine" is not necessary anymore, because we always have the same environment, whatever we are running the application. :D

Let's see a little bit of how Docker works and what we can do with it!

This Kernel will manage all the containers running.

A container is not a VM like most people say. A VM you have to virtualize all the OS, it's big, a complete OS with a kernel and many layers until the application, consuming much more resources.
A container is small, the application is closer to the infrastructure and OS.

A VM emulates a machine, the container emulates an application. 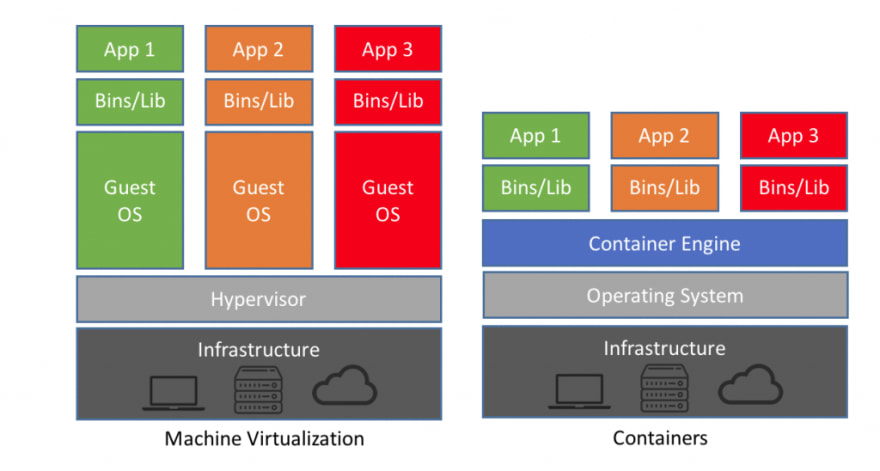 It's portable too, you can easily get the binaries that Docker creates for the container and put in another server/machine, it will work like a charm.

When you build a container, you use images that are a container that was created and shared in Dockerhub (or you can build yours from scratch).

If you build a container, stop and share it, other people can use it inside their container as an image.

Using the OOP concept, It's like the image is a Class and a container is an instance of that image.

When you're building an image, each step creates a layer, and all layers are read-only, except the last layer that is Read-write. 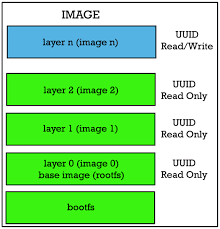 When you need to modify a read-only layer, this layer will be copied to the read-write layer and then it can be modified.

This action is called Copy on Write.

That is like a book, that you can read, but when you change a sheet, the moment that you touch the pen, that sheet is copied and you modify that copied sheet, creating a new sheet, preserving the old one.

Is the command the initializes a container, passing the image's name that the container will use.

Passing the parameter -a after ps will list all containers, including the stopped ones.

It creates a container but not execute it.

It starts a stopped container.

Show the stats like memory, net, and CPU of a container.

Removes a container, if the container is running, use the parameter -f to force it.

The t is terminal, and i is interactive, so we are telling that we can want a terminal and it will be interactive to use the container.

It is for running the container in daemon mode (in the background).

It's useful for "data-only" containers, that will not need interaction.

Return to a closed (but not stopped) container.

Will exit the container without "killing" it, just closing. You can go back to this container using the attach command.

Docker came to help a lot with our lives, with just some settings, we can develop a huge environment that anyone with Docker can easily use too.

Choosing the right Docker Image for your Apple M1 Pro

Once suspended, soutoigor will not be able to comment or publish posts until their suspension is removed.

Once unsuspended, soutoigor will be able to comment and publish posts again.

Once unpublished, all posts by soutoigor will become hidden and only accessible to themselves.

If soutoigor is not suspended, they can still re-publish their posts from their dashboard.

Once unpublished, this post will become invisible to the public and only accessible to Igor Souto.

Thanks for keeping DEV Community 👩‍💻👨‍💻 safe. Here is what you can do to flag soutoigor:

Unflagging soutoigor will restore default visibility to their posts.